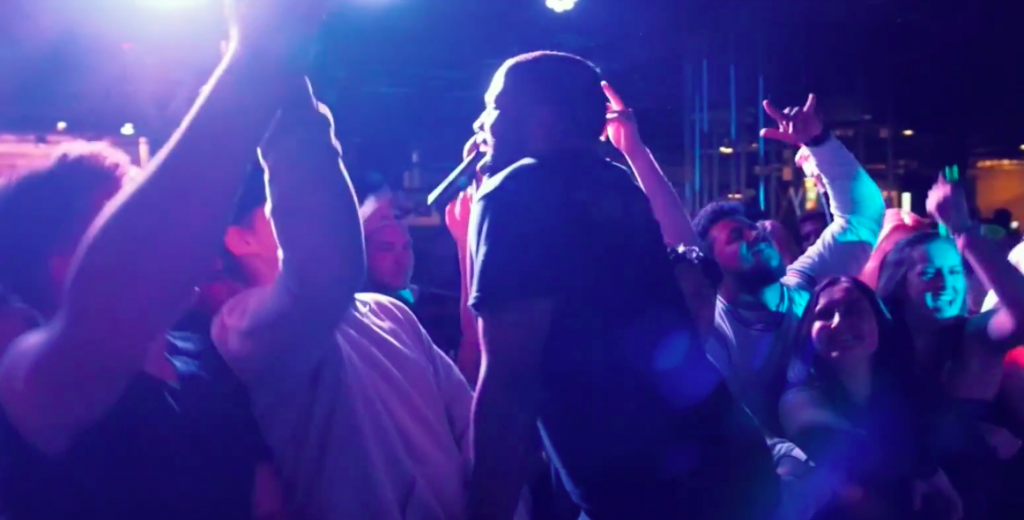 After having tumors removed from his brain, Mount Pleasant local Jordan Chesney was diagnosed with hydrocephalus. The disease is also known as “water on the brain.” It occurs when fluid builds up within deeper brain cavities.

When Chesney and Muskegon senior Tim Crosby met at their job at Ruby Tuesdays, they became fast friends and very supportive of each other.

Chesney has always supported Crosby’s music so Crosby decided to give back by putting on a benefit concert at Wayside on Thursday, April 12. The show consisted of artists from Mount Pleasant and around the midwest, all of which were rappers, hip hop performers, DJs, or motivational speakers.

Throughout the concert Crosby let the audience participate in trivia games in order to win gift cards from the show’s sponsors. Friends, family and fans took part in the show of support for Chesney and his parents.

All of the proceeds from the concert went to Chesney’s family to help pay for his medical expenses.