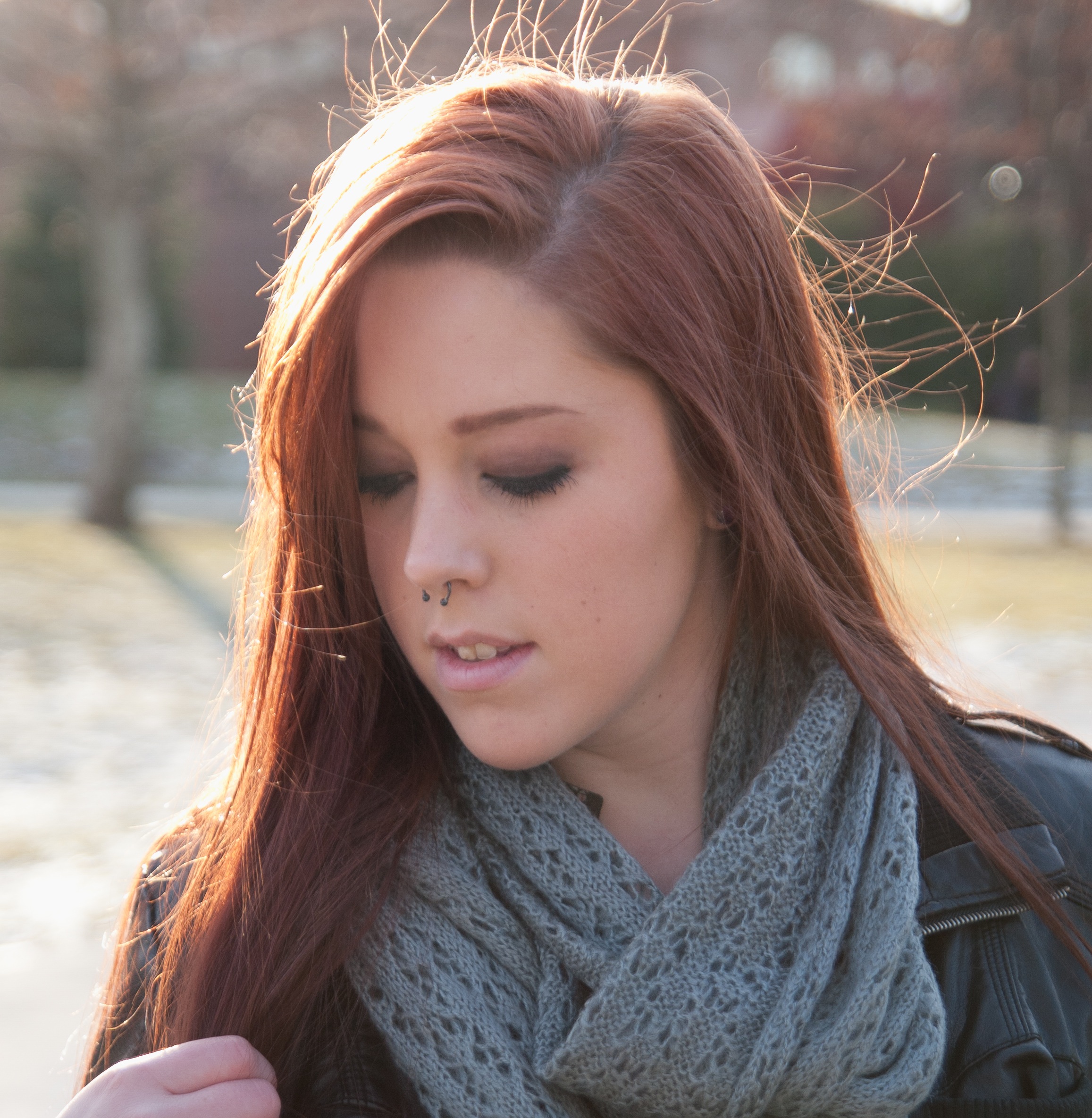 Campus has got a new look lately, and it has all to do with a change amongst its students. A great number of people, women in particular, are changing the color of their hair. This may have a lot to do with the change in the weather. It has been said that the dreary atmosphere of winter brings about much change, and not only in one’s wardrobe. Winter is the most popular season for dying hair, and red is perhaps the most popular color.

Salina Bosworth is just one student who has changed her tresses. She is now a redhead.

Bosworth has dyed her hair three times.  She has tried a darker brown than her natural hair color, and two tones of red.

Red is by far her favorite hair color.

Bosworth says “This red is my favorite.”  She enjoys that it is a noticeable difference. “It’s darker, and I like darker hair,” Bosworth says.

As for the specific reason behind Bosworth‘s new hair, she says she dyed her hair a dark red “to be crazy.”

“It makes me feel crazy,” she says, and by crazy, she means spontaneous.

Bosworth also says dying her hair would be considered unprofessional in the future, given her future career goals of being a teacher. Thus, she is taking advantage of the freedom to be spontaneous, and dyes her hair as she pleases.

Enjoying something different keeps Bosworth’s interest with dying her hair.

Bosworth explained that she may want to want to dye her hair another color, but says “I’ll keep [this color] until I get bored.”

However, Bosworth’s current hair color has become a part of her personal style.

When asked to describe her style, Bosworth simply says “I literally wear whatever I have.”

And what Bosworth has is jeans.

Bosworth says jeans compose her wardrobe the most, as well as off-the-shoulder shirts. “I have a lot of those,” Bosworth says.

Bosworth also likes colored pants and jeans. “I have a couple pair, but I really want green ones,” she says.

When further describing her wardrobe, Bosworth noted that she wants to add leather jackets to her wardrobe. “I want one really bad, actually.”

Perhaps Bosworth will add to her wardrobe as she adds to the hair colors she’d like to try.

When asked if she would recommend hair dying to others, she responded with a resounding, “yes!”