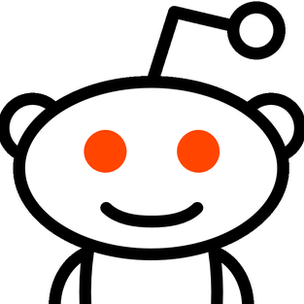 Where can you find topics like after Kanye West’s mother’s death due to problems resulting from her cosmetic surgery right next to this adorable GIF of a kitten drinking milk? Or, Governor Schwarzenegger signed the “Donda West Law” legislation that required anyone to prove well being prior to getting cosmetic surgery right next to a petition in Pittsburgh to rename their airport after Mr. Rogers?

Reddit is the place, and the once “underground” site is growing more and more each day.

Compared to the 1.79 billion Facebook users, the 243.6 million users that visit Reddit monthly don’t compare. It’s hard to imagine that the juggernaut that is Facebook will ever have another social media site challenge it, but there’s no denying Reddit’s following and beloved fan base.

Subreddits are separate pages that pertain to a specific subject or topic. There are thousands of these, and hundreds more created daily, with topics ranging from the newest news in video games, how to build cool scientific devices and content NSFW.

“It’s an awesome website because the variety of subreddits is pretty much endless. Science, sports, gaming, news, advice animals [a subreddit where many animal-related memes are posted], and those are like a third of the default ones,” senior Ben Robinson said.

Reddit’s Function
When a user logs onto Reddit, all of the top posts of the subreddits that they are subscribed to are displayed on their homepage, and they can also post any link or image to any subreddit. The options for what can be posted and seen are practically limitless.

“I first started using it, like, my freshman year. And every time I’m on, there is always something I want to share with my friends. Could be a funny meme, or a fact I didn’t know, or even some long rant that I completely agree with,” senior Jordan Campbell said.

The amount of arguments seen on comment threads on Facebook or Twitter are not as common on Reddit due to the fact that people with differing opinions on a topic can go to their own specific and separate subreddits and talk with people who share their opinion.

Reddit often displays have pictures, videos and/or memes that get posted first before they are posted and shared onto other social media sites.

According The Australian ‘s interview with Reddit’s Co-Founder Alexis Ohanian, Reddit doesn’t try to compete with other social media platforms like Facebook. Instead, it aims to approach the use of social media in a different way.