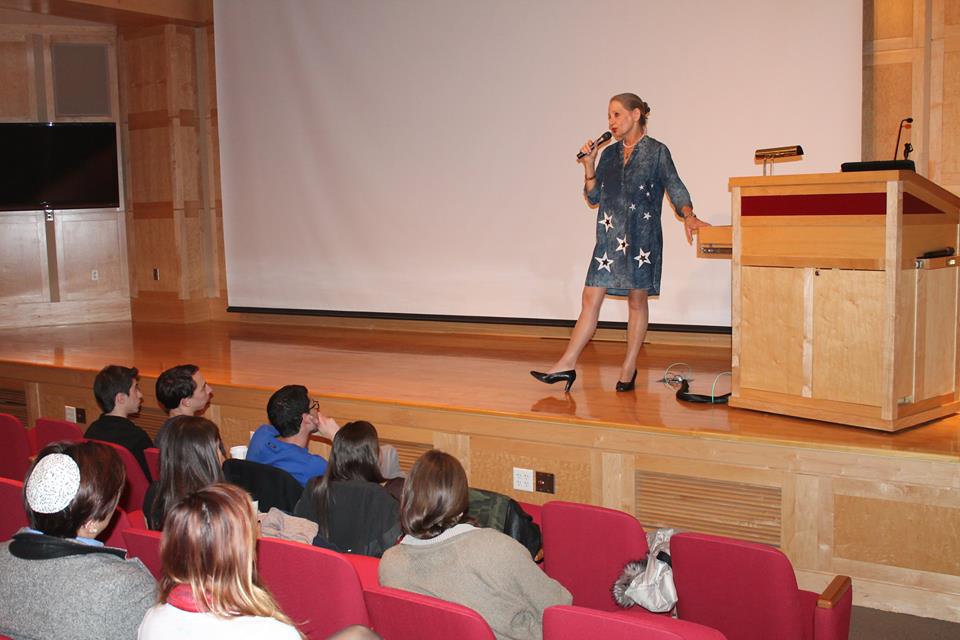 After being told that she would never become a gynecologist, or become the head of a hospital in Jerusalem or pass a law that promotes positive body image for women, Rachel Adato defied all odds.

After years of hard work, Adato became the first woman gynecologist in Israel, the first woman to be the head of a hospital in Jerusalem and managed to pass a law that would influence young girls for years to come.

Monday, Oct. 19, Adato traveled to Central Michigan University to help empower college students and show them they have a voice in what is happening in their lives and around the world. Adato was challenged in her early years from the very beginning, being told that she wouldn’t advance to accomplish her goals because she was a woman.

According to Adato, that is not something people would dare to ask today because there is really no difference in how a man or woman can achieve something.

Although she was told no by many others, she never let that stop her from going after her dreams.

“No is not an answer,” Adato said. “No is not something absolute when it’s something you really want to do.”

Without realizing what she was doing, Adato opened the gate for many other young girls and women that have similar dreams.

“I never thought I was opening the gate to other girls,” Adato said. “I didn’t mean to do that, I was not fighting for other girls, I was fighting for myself. But it was good because it shows that you can do [what you want] and some other girls can do the same thing.”

Alison Zywicki, a sophomore at CMU who worked to plan this event, knew she wanted Adato to speak as soon as she became the Jewish Women’s Foundation INSPIRE intern with Hillel, the Jewish organization on campus.

“I felt she had a lot to offer to the students of CMU and what she was talking about is something I am passionate about myself,” Zywicki said. “For my internship I have to host events that relate to women, specifically Jewish women, and I felt that Dr. Adato was someone who I personally admired and I believed she could resonate with not just Jewish women but all women on CMU’s campus.”

Zywicki believes that Adato can be extremely inspiring and empowering to women.

“When Dr. Adato was talking about her time in the medical profession and all the times she was told no and how that never stopped her, really resonated with me,” Zywicki said. “I felt that this was one of the most moving parts of her speech and was something that we as women need to hear more often, that when you are told no, do not let that stop you.”

This an event that can affect  many people and Zywicki said if the people in attendance really listened to the presentation, a lot could be gained from the experiences.

“If the presentation made one person think or one person feel something, then I believe this event was a success,” Zywicki said. “I truly feel that this can be something that can resonate with anyone because she talked about body issues and redefining beauty standards and that is something any woman or man can relate to.”

Not only did Adato become the first woman gynecologist and head of a hospital, she was asked to be apart of Kadima, the Israeli parliament, to promote positive health for women.

“When this started, I was sitting in the health committee listening to a group of parents who came to talk about how there is not enough places for girls who suffer from anorexia,” Adato said. “That was the first time that the issue was raised, at least for me. Like a lot of things, there are things you just kind of start doing as an accident, that is what happened to me.”

After listening to these parents, Adato realized something needed to be done to help young girls and women who suffer from anorexia.

“We found out that there is a connection between body imaging and the developing of eating disorders and the media,” Adato said. “Now, it is very easy to say there is a connection but you have to prove it. You have to prove how the influence of the media causes challenges in body imaging and how does it influence the development of eating disorders. The legislation can only come after you prove the connection to the media and advertisements and the using of anorexic girls in advertising and as models.”

After facing objections from both models and advertising agents, Adato and the committee were able to pass the law three years later.

“Legislation is not enough,” Adato said. “It comes from education and raising issues from under the table for everyone to learn about and change”

Zywicki feels that while Adato is a positive role model for women, she can be a great influence for men because she has never taken no for an answer.

“She took her passions and put her stamp on the world,” Zywicki said. “Dr. Adato inspires me to make a difference in people’s lives. I admire all that she stands for and all that she believes in, she is a role model because she stood for what she believed in and never let anyone tear her down. She fought every battle and came out proving all stereotypes wrong.”