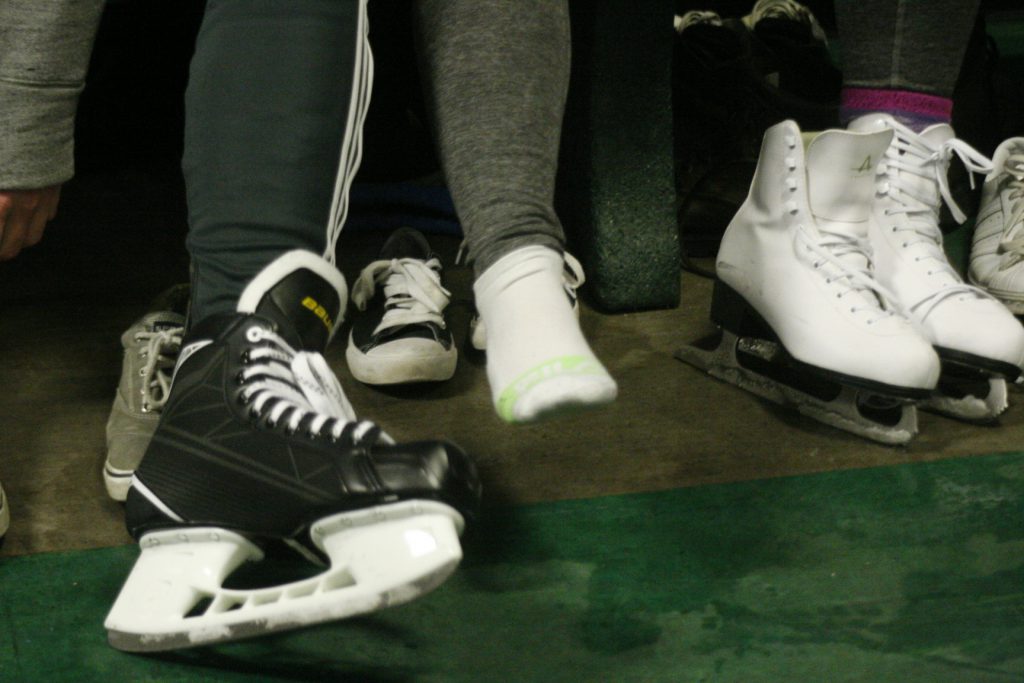 On Thursday, Jan. 19, Isabella Ice Arena was packed full of Central Michigan University students enjoying an opportunity to skate for a good cause until the wee hours of Friday morning.

The event was free for the first 200 students and then cost additional students $1 to skate.

RHA Assistant Director Ashley Carpenter, said all of the proceeds of this event and the DREAM program coming up will be equally donated with the socks to the two women’s aid shelters in the area.

Carpenter, a Milford senior, said there were around 500 students at the event who were able to skate. She said some students left due to long lines, but  RHA was still pleased with the turnout.

Lacing Up for a Cause
For some students, like Leon Bell, ice skating was a new experience.

Bell, 20, said he grew up in Flint and never really had the opportunity to go ice skating at a pond. He said there are ice rinks near him but he never considered trying it out until now.

The sophomore said he found out about the event through his residence hall’s president and other people that lived on his floor. Bell said he enjoys rollerblading and heard that it was similar to ice skating so he gave it a shot and loved it.

He said if RHA does an event like this again that he would definitely be attending, but would make sure to arrive earlier.

Carpenter said RHA would like to do another skating event this year, but it might be at the roller rink instead of ice arena. She said RHA has different projects and events they’re currently planning, but they will let students know when the next skating event will take place.