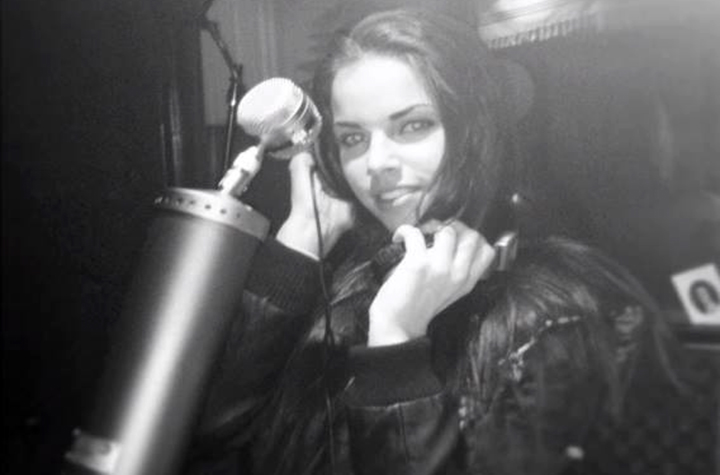 Gabrielle Negro did not grow up dreaming about becoming a famous singer. The desire to make music never crossed her mind until her best friend committed suicide when Negro was 17 years old. A little over three weeks after losing her friend, Negro woke up feeling different.

“All of a sudden I had this calling to make music,” Negro said.

Following her desire, Negro ventured over to the nearest music store called Music Box in Shelby Township, Mich. where she met her vocal coach. When she entered the store she did not know if she could sing, but had the drive to try with no experience except a few piano lessons taken when she  was 9 years old.

As she continued attending lessons with her new vocal coach, she quickly fell in love with singing and making music.

Her vocal coach Kenny Watson said that Negro has improved tremendously since he first met her.

“She has improved both vocally and conceptually,” Watson said. “She is very creative and I’m proud that she is performing in front of people.”

She began to broaden her musical experience by teaching herself how to play the guitar and ukulele.

On her third music lesson she brought in a song of her own called “Emma’s Song.” She took a poem that her friend Emma wrote before she passed and used bits and pieces of it to make a song. Soon after, she recorded the song and put a video of it on YouTube where it quickly earned over 4,000 views. The video can be viewed on her YouTube account “Gabrielle Negro.”  She said she was not expecting it to get as many views as it did.

“I was surprised because I don’t even know that many people,” Negro said with a laugh.

Negro said she was happy the song has been recognized. It was the one song she would want people to hear because the lyrics were her friend Emma’s words.

“I wanted it to be most recognized because it was her words and lasting impression,” Negro said. “It was a way for her to live on, past her life.”

“She has a very big heart,” Watson said. “Everybody loved the song and it really helped the family of Emma. She is going to do some good things.”

Negro has recorded a couple other songs she wrote, but is currently waiting to get them processed and copyrighted.

“My music is very heavily piano based and sad,” Negro said.

Negro was not only inspired to sing by her friend Emma and her vocal coach, but also singers such as Coco Rose, Regina Spektor, and Lana Del Ray.

Negro currently has plans to work with a rapper called AP from Ann Arbor. She said that once this semester is over, she will begin recording and working with him. She also said that the studio that she previously recorded at wants her to start recording more music.

As for the future, Negro expressed that she does not have a plan except to keep on making music.

“If it goes somewhere it does, if it doesn’t, it doesn’t,” Negro said. “I let life take me where it wants to.”