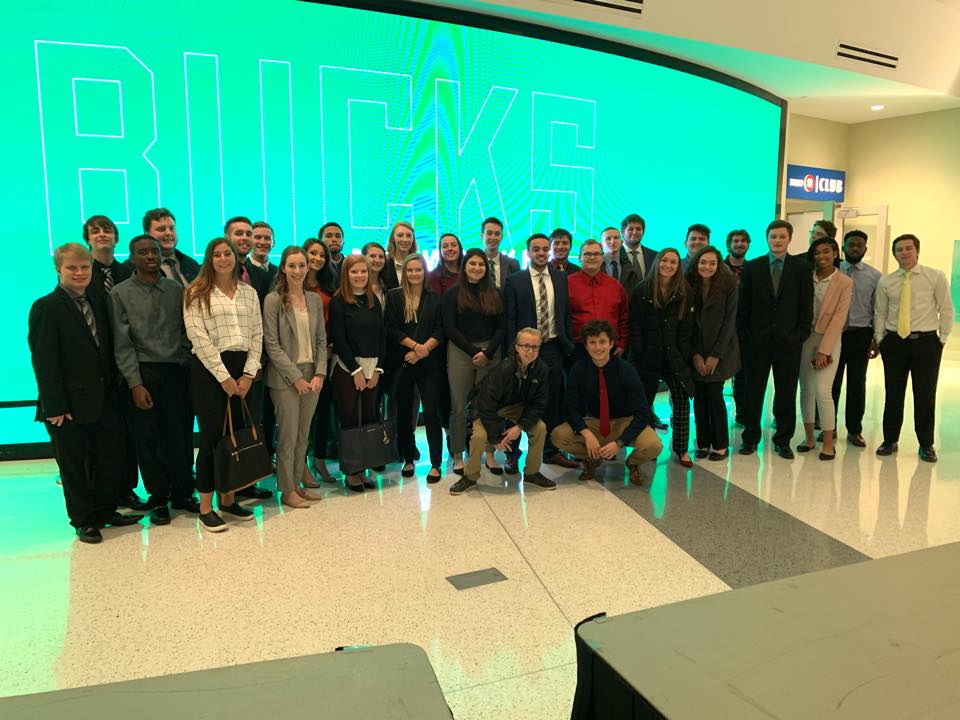 In the midst of one of the worst pandemics in recent memory, registered student organizations across Central Michigan University’s campus have had to cancel all operations for the remainder of the semester. The Sports Management Association was no exception to this harsh reality.

SMA is an RSO focused on providing professional development experiences, resources within the university athletic department and promoting community service. Members receive information on employment, internships and volunteer opportunities and have access to their alumni database.

Senior Montana Rehm is the president of SMA. She has been involved with the RSO for three years now, including two years on the executive board.

While SMA has adjusted to the COVID-19 pandemic, Rehm says the organization has had to cancel several meetings, fundraisers and a trip to Penn State scheduled for March.

“I made the decision to cancel the rest of our planned meetings for the semester before CMU decided to put the rest of the semester online,” Rehm said. “Due to the size of our organization, we could have easily been breaking guidelines toward gathering and then therefore putting more of our members at risk.”

As for the remainder of the semester, Rehm said there are no plans to make up for any cancellations and the organization won’t continue fundraising.

“Due to the transition of classes going online, we felt that it would be best for our members to focus on finishing the rest of the semester and adjusting to moving the various projects that are involved in the sport management major online.” Rehm said.

As for next semester, with seven members of SMA’s executive board graduating this semester, Rehm said the original plan was to split up voting between two in-person meetings. However, with the changes forced by the pandemic, voting has been moved online.

With everything going on surrounding the COVID-19 pandemic, Rehm says SMA members have responded smoothly to the adjustments the organization has made.

“Besides some disappointment from having to cancel the trip, members generally understand that this is the best way to conduct our organization,” Rehm said.

Rehm says the biggest impact the pandemic has had on members is their opportunities to land internships and jobs in the sports industry. She anticipates internship positions will be shuffled around and hiring for full-time positions will resume in May.

As for SMA, the organization is focused on continuing to help its members find new opportunities within the sports industry but from a safe distance.