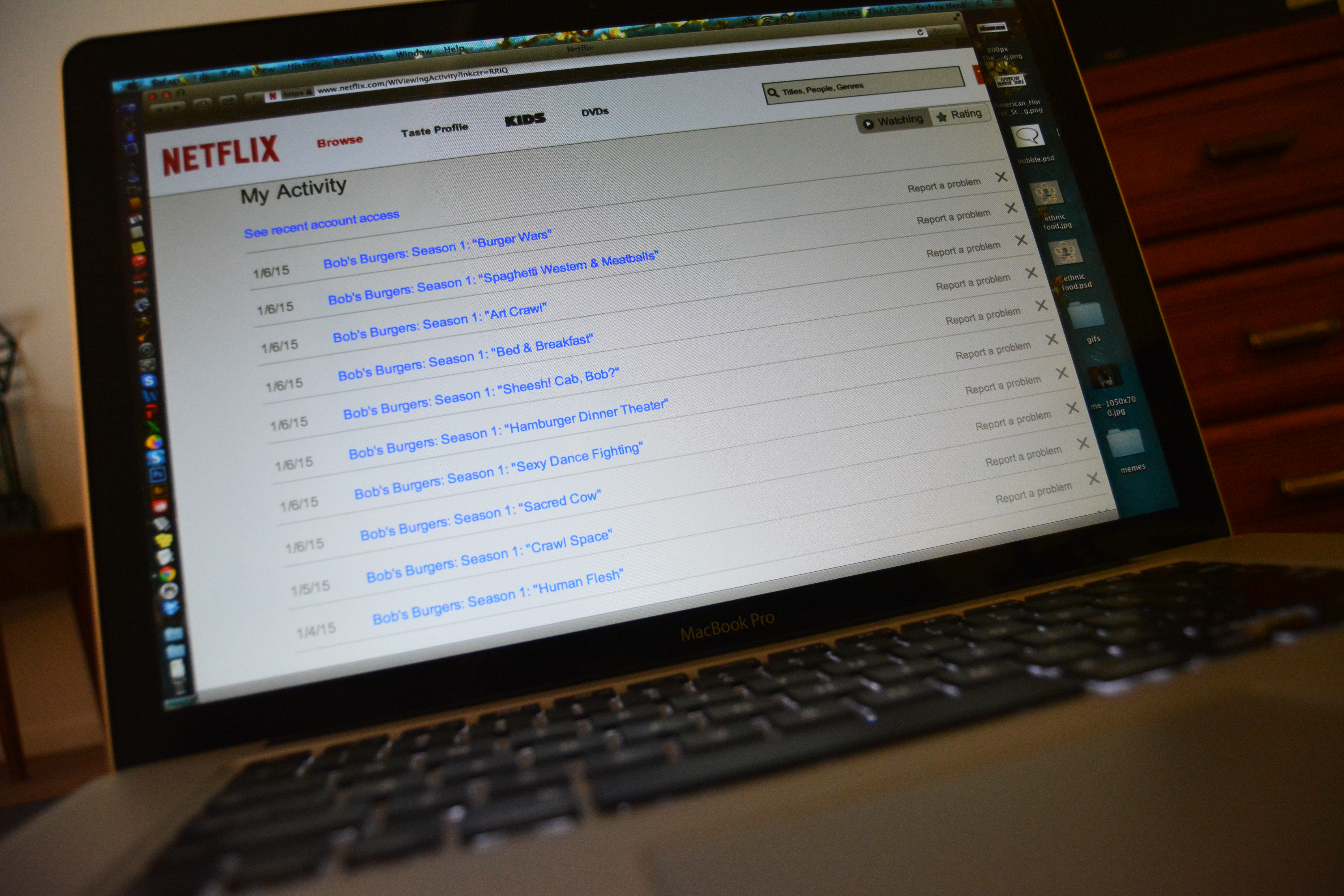 Whether your infatuation with Netflix started during a boring weekend on campus or when you figured out the password to your friend’s account, this streaming service has led to, in some way or another, an addiction.

Though each individual’s level of addiction varies, you can’t deny that whenever life gets a little too stressful, Netflix can always provide a good laugh (or a good cry).

Like admitting that a test was not as easy as you thought, owning up to those three seasons you watched this weekend can be difficult. If you aren’t sure how far your addiction has gone, below are seven signs to look out for.

1. It’s the first thing you do after work or class.

Most people take naps or eat after a hard day’s work, but if the first thing you do is grab your laptop or tablet and log on to Netflix, you may be addicted – especially if you’re doing it during every break you have in the day.

2. You are aware of new releases and anticipate their arrival.

You were one of the first people to hear about Netflix additions like all the seasons of “Gilmore Girls” and “Friends” and you may have even had a countdown going on your phone for their release dates.

Of the millions of entertaining Twitter accounts, you choose to follow Netflix, simply to see the very second when the new season of “New Girl” or “House of Cards” has been added.

4. You go to sleep and wake up to Netflix.

We’ve all done it – you go to sleep watching season three of “House” and wake up, only to find you’ve “watched” through season five. You know your addiction is real if, instead of turning it off once you wake up, you continue to watch as normal.

5. You have watched one or more Neflix exclusive programs.

“Orange is the New Black” is not the only original series that Netflix has to offer. Shows such as “BoJack Horseman” can only be watched through this streaming service. If you find yourself recommending a new show that can only be watched on Netflix (because basically everyone has it at this point, right?), you may be an addict.

6. You can automatically open Netflix on every single device you own.

It’s one thing to pull up Netflix on your laptop’s browser, but if you have the Netflix app downloaded to every device you own, it’s a sure sign of addiction – especially if you use these devices to watch shows or movies in public (i.e. class).

7. More than five of your posts on social media have something to do with food and Netflix.

Rather than posting about a fun vacation or your time outside exercising (yeah, right), your timeline is instead filled with posts about your favorite combination: Netflix and food of any kind.