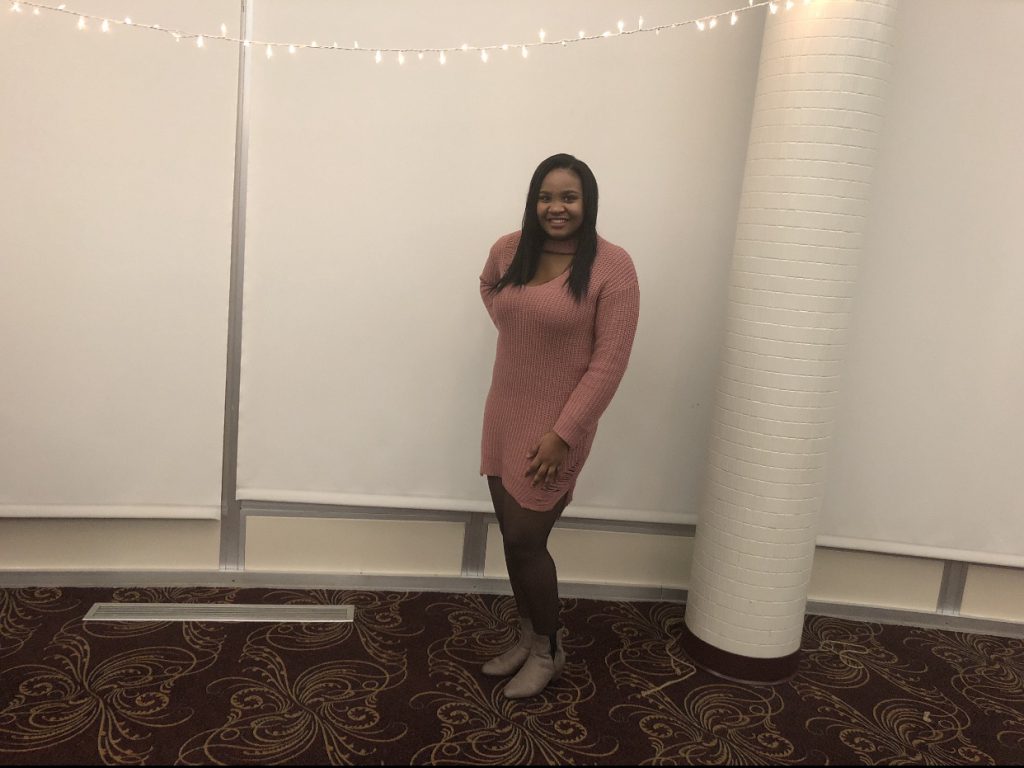 Senior Rajaniece Thompson, a Detroit native, has always been aware of the dangers of unhealthy food as her major is exercise science and kinesiology. A majority of her classes center around lectures of bad health. However, it wasn’t until just four months ago during an intensive research study that she decided to cut meat and dairy products out of her diet. 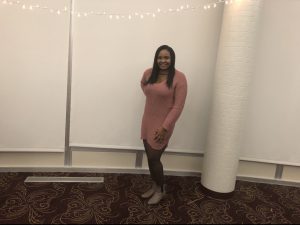 Thompson says she educated herself with the film “Soul Food Junkies”by Byron Hurt. The documentary tells the story of southern food and how it translates into soul food—furthermore tapping into the history of African Americans relationship with food today opposed to the meals that were given to Africans in the south as slaves. The film goes into detail of how slaves were fed scrap food. A majority of the scraps consisted of scrap meat from various animals, chitlins (intestines of a pig), pigs feet, ox tails, smoked chicken necks and gizzards, many of which are still incorporated with the dishes we know as soul food. Ultimately, this results in making the dishes high in fat and in calories.

“Watching Soul Food Junkies opened my eyes to what I was eating, and I knew I needed to make a drastic change. I put aside all of my excuses, woke up and just stopped being unhealthy. Being vegan has changed my life, I just feel better all around,” Thompson said. Since going vegan she has noticed a decrease in weight and a boost in her everyday energy level.

It has been found that Africans lived off of a vegetarian diet before living in the United States, which explains why most sides that were created by African Americans of soul food are typically meat free, thus macaroni and cheese, collard greens and beans and rice.

Over the course of a few weeks, Thompson continued to study the connection that African Americans have with food and realized just how often poor food habits affect the African American population.

“The number one thing that is killing African Americans today is heart disease, which is 100 percent preventable,” Thompson said.

According to the American Heart Association, African Americans have a shorter life expectancy compared to white Americans, of around 3.4 years. High blood pressure, diabetes and the risk of having a stroke is more prominent in African Americans by 80 percent.

Once Thompson completed her research, she hosted a open discussion, Slave Food v.s. Soul Food, through her sorority Sigma Kappa Zeta. “I received a lot of information that I didn’t know and wanted to share what I have learned to my peers of how we can take the small steps together. Incorporating exercising with eating healthy needs to be a part of everyone’s lifestyle,” she said.

Thompson talked to nearly 40 students about how to develop a healthier relationship with food. Her intentions for the future are to continue to educate herself and her peers through open conversation.