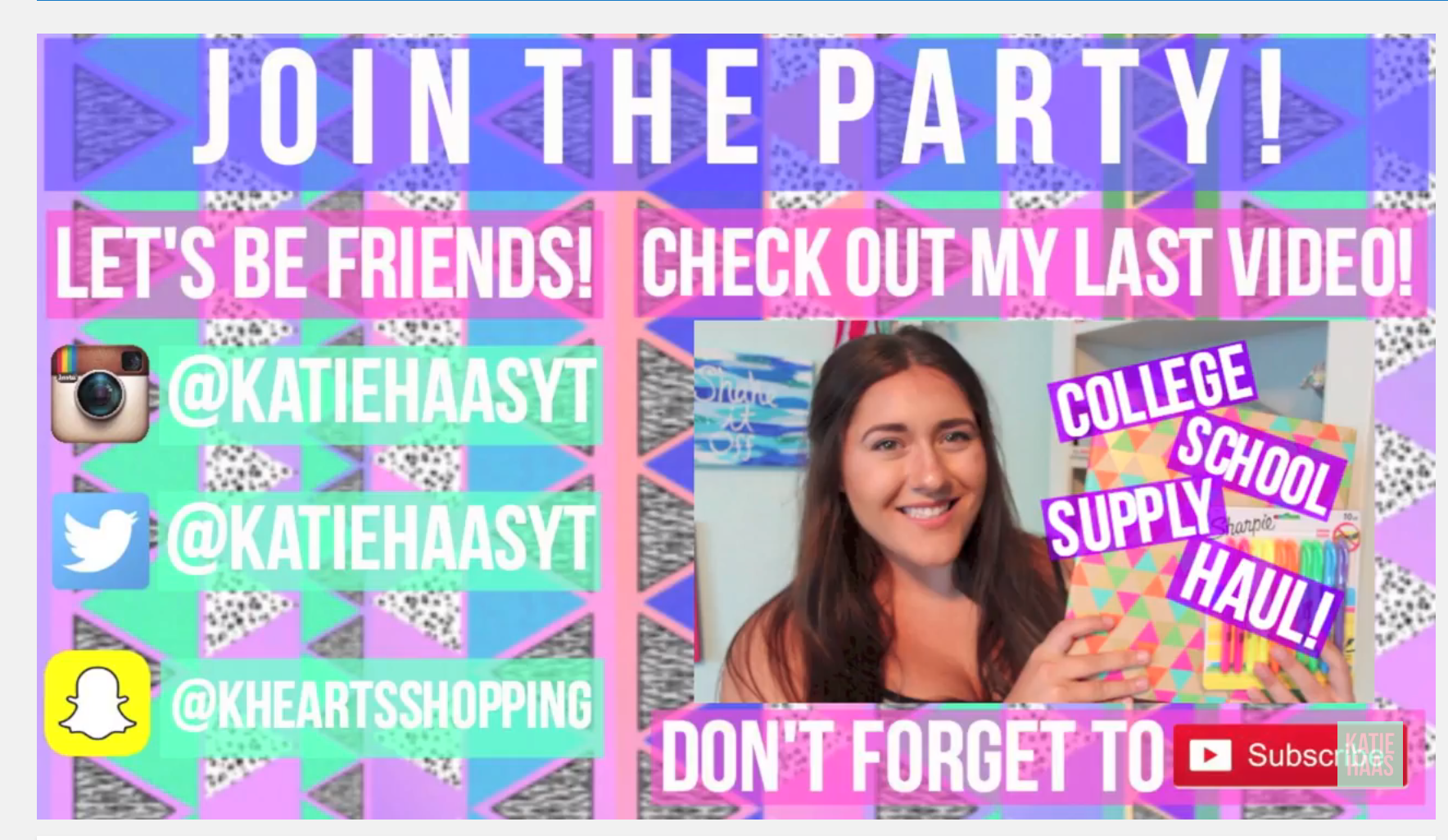 Before she began her own YouTube channel, Brighton senior Katie Haas would narrate to herself as if she was speaking to an unseen audience while putting on makeup.

“My sister would ask, ‘Hey, what’s going on in there?’ and I’d say “Oh, just doing my makeup,” Haas said. “I was like, ‘I should be filming this, because this is weird.”

Five years’ worth of videos and nearly 8,500 subscribers later, Haas, 21, has found that audience.

She balances the workload of a fashion and merchandising apparel major at Central Michigan University with her job as a YouTube partner with online beauty network StyleHaul. Haas’ many videos cover everything from back-to-school tips to makeup tutorials and “hauls” or shopping sprees.

With social media websites and viral videos becoming more and more prominent in the cultural landscape, an increasing amount of students across the country are taking to the Internet.

Haas said she believes personalities from sites like YouTube will become more prominent as time moves on, as she says they are more approachable than the seemingly unattainable celebrities seen occupying red carpets.

“They’re more relatable. It’s like, ‘They shop at Target too,’” Haas laughs.

Similarly, Macomb senior Matt Daly, 21, said he was surprised when people began commenting on and viewing his videos, which are often a collection of whatever jokes or stories fall out of his head.

“People just got it,” Daly said.

Daly’s channel, called ‘bipolarbananas’ has accumulated almost 8,000 subscribers, and made him a YouTube partner.  He credits the videos for breaking him out of his shell during his high school years.

“I felt so awkward, but with the videos I felt like I could be myself,” Daly said.

Haas said she’d like to make YouTubing a full-time career, though she said also wants to return to working in retailing, which she had done previously.

She said a plethora of fashionistas-in-training were making videos around the same time she started, which forced her to make content within her own style.

Haas left off with advice for aspiring internet personalities, saying video makers need to be themselves and be mindful of trends and what the audience is looking.