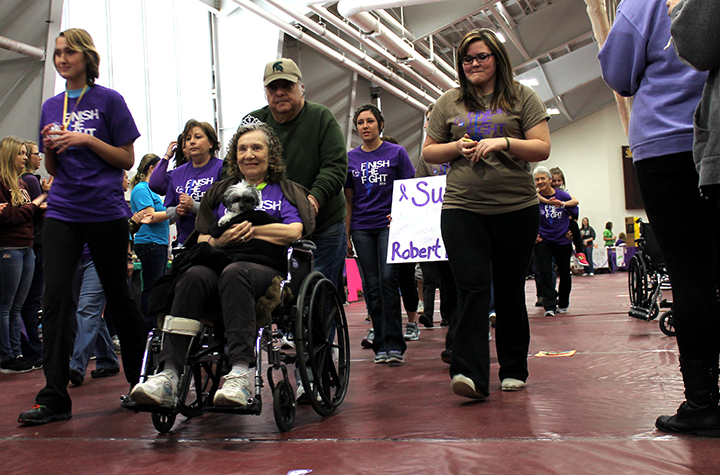 For 24 hours over the weekend, the Indoor Athletic Complex at Central Michigan University was transformed by the magic of Disney with support from the campus. Students raised more than $81,000 in support of Relay for Life. It was announced at the event that Central Michigan broke its personal fundraising goal with $75,000, while donations continued to come in online after the event had ended. Eighty-three teams from across campus came together to raise money for cancer awareness.

“Relay for Life is easily the most inspiring event I have ever been apart of. Every year I am amazed by the strength and dedication of all those involved,” junior Sam Johnson said.

Teams embraced the Disney spirit by decorating their table at the event. Some team members took it a step further by dressing up as their favorite Disney character. Some dressed as Belle, Tinkerbelle, Ana from Frozen, as well as guys rocking the Ariel look, wig and all. The American Sign Language Society spent many hours walking the track offering students a kiss from Ariel, a Hershey kiss of course.

Each team had someone representing their organization, walking laps throughout the 24-hour period, which signifies that cancer never sleeps.

“This is the one time of the year the student organizations all come and work together towards one cause,” Coordinator of Student Organization Services Dani Rossman said.

First, students came on stage one after another telling audience why they relay or how they had personally touched by cancer. That was then followed by a slide show made of photos submitted by students. These photographs put a face to the battle, showing the audience those who have passed, are still fighting or have beaten cancer. The ceremony continued outside, with luminaria bags lining the track, waiting for loved ones to drop their glow sticks into dedicated bags. The silence of the event was a complete opposite tone compared to the rest of the event.

“Relay is a great opportunity because everyone is effected by cancer in someway,” sophomore Josh Palmer said.