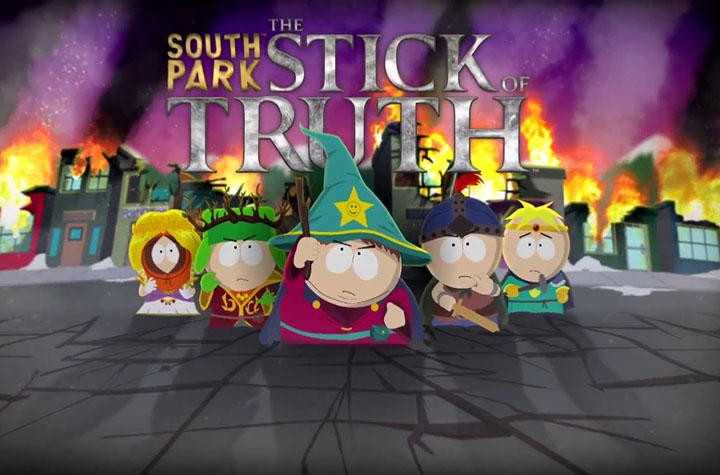 There are many answers to the question: What is “South Park: the Stick of Truth”? The best answer, however, is it’s the best licensed game of all time because, more than any other game, it finds the perfect balance of creating its own identity while remaining true to its source material. With all this, it’s a miracle the game is still deep and incredibly fun to play.

In “South Park: TSOT,” you play as the new kid in South Park and are immediately brought into the battle between two factions for the titular stick. An alien goo begins turning people and animals into Nazi-zombies, and it’s your job to save South Park and the stick from the aforementioned Nazi-zombies, incompetent government officials and a myriad other enemies.

If it hasn’t sunk into your head by now, let me make it plain: “South Park: TSOT” is absolutely nuts, in the best way. If you’re a fan of the show then you’ll feel right at home, and maybe even a sense of nostalgia, as you save the City Wok from Mongorians, get abducted by aliens and battle Man-Bear-Pig. You wouldn’t be wrong for considering South Park: TSOT as the 19th season of “South Park.” After all, Trey Parker and Matt Stone had large roles in the game’s development.

Parker and Stone wrote everything in “South Park: TSOT.” They voiced the characters themselves. They made sure everything in the game stayed true to the paper cut-out animation of the television show.

None of that effort went to waste. It honestly feels like you’re playing an episode. My roommate watched me play for five minutes before realizing I was playing a game. Everything in the game comes together to make the perfect South Park experience.

The game isn’t as raunchy as the show–it’s moreso. Even with the more lenient censorship of video games, it’s really amazing that a few of the segments made it into the game. You can watch Stan’s dad get anally-probed by aliens and, later, give him an abortion. You can crawl up Mr. Slave’s butt to diffuse a snuke. There’s so many different, beautifully shameless moments in the game that I shutter to spoil any more.

The humor is in full force also. If the show can make you giggle, the game will make you belly-laugh. The boorish banter of the boys, the appalling antics of the government agents and the crazy capers you find yourself cast in are all used to full effect. There is nothing wasted in “South Park: TSOT.” The trip to Canada is an especially hilarious moment, but I dare not say more.

Go in blind and you’ll come out in stitches.

None of this would matter, however, if the gameplay wasn’t any fun. Luckily, not only is it fun, but Obsidian has also provided us with an incredibly deep RPG system–one that may scare away inexperienced gamers.

“South Park: TSOT” is a turn-based strategy game with a heavy focus on customization. Change your outfit depending on the different stat boosts they have. Equip your weapon with specific power-ups to defeat specific enemies. Choose your battle-mate from six people based on who compliments your play style best. I’m curious to see if the game will draw non-gaming fans of the show into playing it, and if they don’t quit before long from being overwhelmed.

Another qualm I’ve got with the game is that sometimes, without sufficient reason, previously devastating attacks do little to no damage. While fighting enemies you can view a chart containing their strengths and weaknesses. Many times enemies had no listed strengths, so you can imagine it becoming frustrating when an attack that used to do 1,200 damage now only doing one. I’m not complaining about the change. I’m complaining about the lack of explanation as to why it’s happened. It’s not uncommon to feel you’re going into a battle blind, not knowing whether your attacks will work or if you’ve prepared yourself properly.

Matt Stone and Trey Parker have pulled off only what they could. They’ve brought the “South Park” essence to video games. By working hand-in-hand with Obsidian, they’ve helped create a game that is hilarious, fun, deep and uniquely their own. Despite a few stumbles, “South Park: TSOT” is the best RPG and one of the best games overall to come out in 2014.

Parker and Stone have created an incredibly successful television series, multiple movies, a Tony-award winning Broadway play and now an amazing video game. I’m excited to see where they’ll take their talents next.