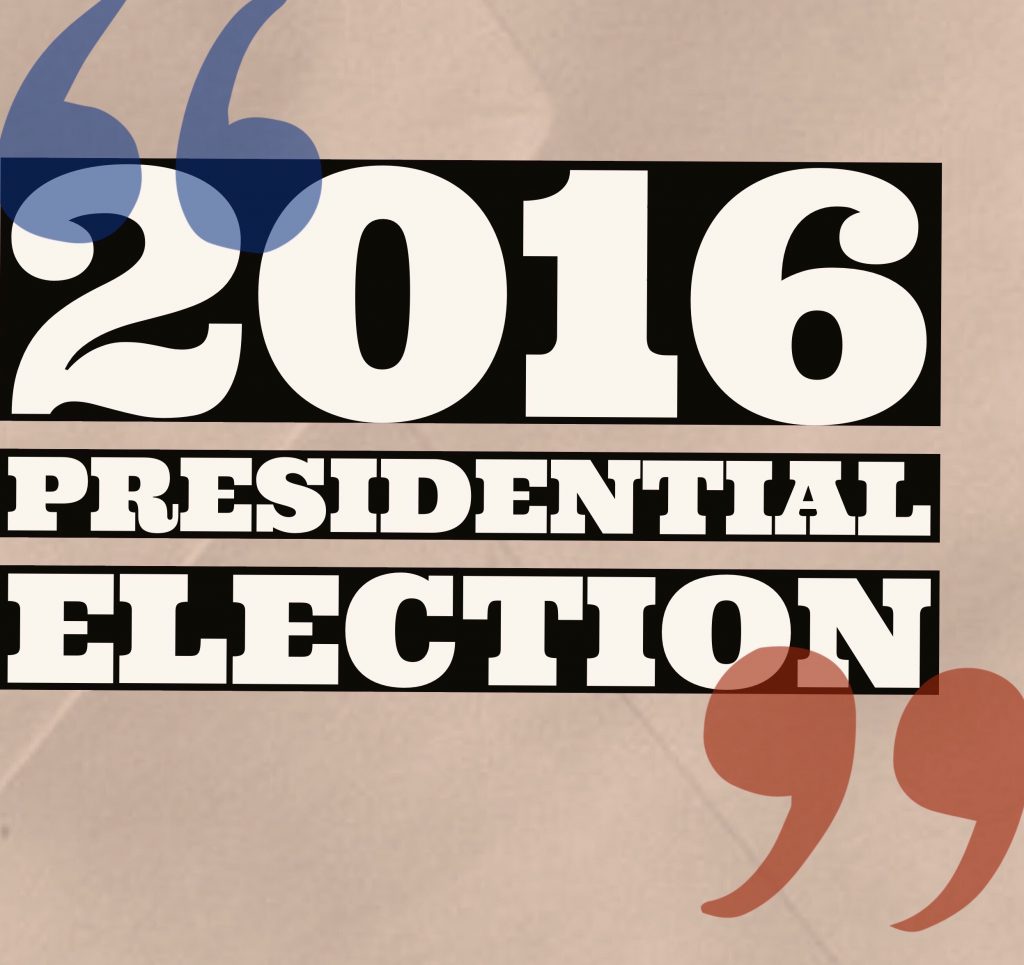 In the last presidential election, people between the ages of 18-35 had the lowest voter turnout of any age group, with about 45 percent of millennials voting, according to Pew Research Center.

Midland senior Hannah Zimmerman plans to vote in the 2016 election today, but she hasn’t decided which presidential candidate she’ll vote for.

“I’m still looking at Gary Johnson as an option,” she said. “I still think I have to do some final information review before I make my final decision.”

She’ll make the decision within the next two days, she said with a laugh.

Though she thinks choosing who to vote for in this election might be hard, she still believes voting is a privilege and a duty.

Haynes said she thinks the perception that young people don’t vote or don’t care about politics is partially true.

“I am one of those people,” she said. “I’m not big on politics. I hate talking about it and if I do stumble upon a person that happens to want to converse with me about it, I switch the subject. However, this election is too important not to talk about.”

Reducing the cost of college is one of the issues Haynes, who voted for Bernie Sanders during the primaries, is passionate about. She doesn’t like the major party candidates but thinks Hillary Clinton is the most viable choice.

Though Zimmerman said she can see where people could think young people don’t care about politics, she thinks it’s unfair to make overarching statements about the entire age group.

She also thinks voting information should be more accessible to people.

“Making the information easily accessible, like in your face, how voting works, how your vote counts, how different issues look (would help),” Zimmerman said. “I would say I’m fairly well informed but if you were like, ‘hey, tell me how the voting process works,’ I’d be like, ‘I don’t know.’ I wouldn’t be able to explain it.”

Brighton freshman Tyler Blatt is one of the millennials who does not plan on voting in this election.

She registered to vote a couple of weeks ago but said she has not been following the election and doesn’t find politics interesting.

“I don’t really like either of the candidates so I don’t want to vote for someone that I don’t feel like would do a good job,” Blatt said.

She said the ideal candidate she would want to vote for is someone who is accepting of all people.

Zimmerman said the issues she pays the closest attention to are generally related to education, economics and the environment. In this election, however, she said she’s focused more on the bigger picture of how each candidate would run the country.

“I do have some issues I care about but I’d say it depends more on the way the country is run and the type of person they are,” she said.

“This is not just a presidential election,” she said.

Register Educate Vote CMU will lead marches to the polls at 9:30 a.m., 1 p.m. and 5:30 p.m, marching to both Fancher and Vowles at these times. The group will meet in front of the Bovee University Center.