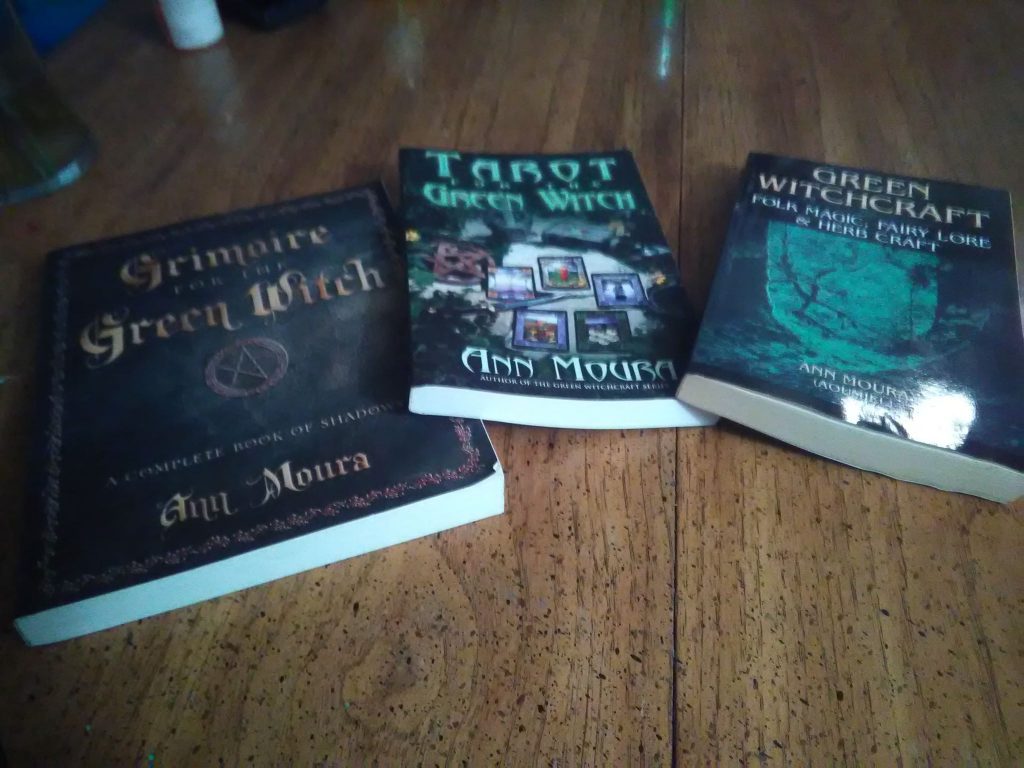 The stereotypes of witches or Wiccan culture is something Central Michigan University student and Wiccan Kai Shayne has dealt with throughout his life as he practices witchcraft.

“When you tell people you’re a witch, their first instinct is to ask if I can fly around on a broomstick, which the answer is no because I can barely drive,” Shayne said.

Shayne is a mostly solitary practitioner; there aren’t many other Wiccans in the Mount Pleasant area to form a coven. He has done practices with friends, but the friend’s participation is mostly out of entertainment or the promise of food from Shayne’s magic cooking practices.

“I have met two other people in Mount Pleasant who have strongly identified as Wiccan or pagan,” Shayne said.

According to Shayne, Wicca can refer to the idea of recreating older pagan religions, like Celtic or Norse polytheism (the belief of multiple gods as opposed to one), that were wiped out with the rise of Christianity.

“Modern pagans tend to believe that they’re practicing or recreating practices that are similar to what would’ve been practiced pre-Christianity,” Shayne said.

Shayne has been a Wiccan since he was 13, previously raised Lutheran, before he began to question the ideas that he was being taught to believe.

“I wasn’t really connecting with it [Lutheran beliefs],” Shayne said. “I didn’t have any emotional or spiritual connections with what I was being taught.”

Shows and movies like the 1998 series “Charmed” and “The Craft” introduced Shayne to a different perspective.

“I always joke and tell my mom that she’s the reason I became a witch,” Shayne said. “We used to watch shows like that all the time. Supernatural shows are kind of my guilty pleasure.”

These shows and movies sparked Shayne’s interest in exploring other practices like Greek mythology, leading him to take what he learned from it and attempt to practice what he thought worshiping Greek gods would look like.

This idea led to Shayne looking online to find if others worship the Greek gods and subsequently the Wicca community.

Shayne practices protection spells: candle magic (which, depending on the color, can invoke different ideas), runes (symbols to draw on something or yourself) and kitchen witchcraft (which refers to cooking with the intention of making someone healthy or feel at peace). Shayne says you can make up your own spells as well.

“Some put their spells online, some write them down and actually make physical grimoires (a book filled with spells and invocations) and then give them to people. It’s really a matter of preference,” Shayne said.

Shayne does spirit work, specifically with people’s energies, but doesn’t do it often because it drains him. He also does work with inhuman entities that are created through human emotions or those who have passed on, but it doesn’t always involve malevolent beings.

“I do have experience with nonhuman entities just because, unfortunately with what I do, those kinds of beings are attracted to me,” Shayne said. “I like to tell people I’ve dabbled in talking to ghosts.”

From Shayne’s point of view, the general idea of Wicca is similar to how people from more traditional religions perceive the practices and teachings they abide by every day. In most cases, those who keep up with these practices will worship a certain pantheon-like Greek gods or any other religion with multiple gods.

The Wiccan culture tends to focus on a female deity who is seen as a mother that created the universe as opposed to the Christian version of God, the father.

“It’s more of a focus on not so much organized religion, as opposed to personal beliefs and practices,” Shayne said. “The practices and ritual can include invoking elements or the nature around you as a form of prayer.”

Shayne noted there is a stigma towards the Wiccan culture. Many people think that what he believes isn’t real, or Wiccans are “crazy” to believe what they do, though that sort of stigma can be present in any religion as those who practice widely accepted religions like Christianity might view Islam to be similarly crazy to Wicca.

“Shows on TV now like “The Chilling Adventures of Sabrina” embody more of that whole Satanic, gatherings in the woods, pledging your soul to the Devil idea, when in reality with Wicca there’s no devil figure,” Shayne said. “There isn’t a concept of true evil, like in most main-stream Christianity. The whole blood pact, signing your soul away thing doesn’t happen. There is Satanic witchcraft, but even then most forms of Satanism are non-theistic.”

The more harmful examples of how Wiccans are viewed are the Salem Witch Trials.

“Voodoo [in shows like American Horror Story: Coven] or what they think is Voodoo, that’s kind of like a representation of what the church used to believe that witches did during initial witch trials,” Shayne said. “I think it’s really interesting because one of the Wiccan rites is: “if harm ye none, do what ye will.” It basically means if you’re not harming anyone, do what you want.”

According to Shayne, the general path to become Wiccan is to figure out your beliefs, research which deities you want to worship, look up what sort of practices you want to do and connect with other Wiccans online. He also noted that you always change your mind if what you’re practicing isn’t working, as Wicca isn’t something you have to stick with.

Wicca may seem abnormal to those who practice more socially accepted religions, but Shayne’s experiences and practices show Wicca is similar to every other religion/spiritual experience: it’s meant to help people connect to the world around them.