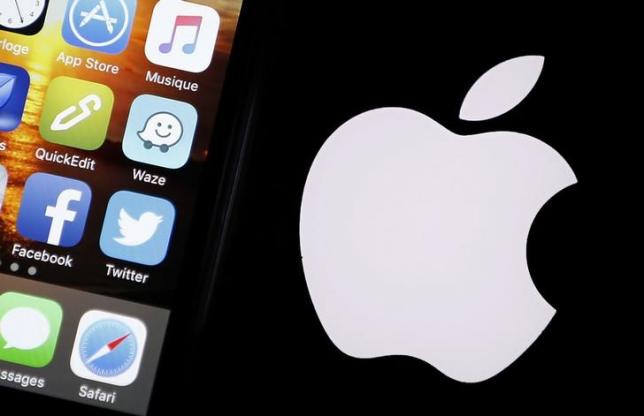 When I was in the seventh grade, I got my first iPod Nano. When high school came around, I got an iPod Touch, and then a few years after that, I got my first phone, an iPhone.

I have been very pro-Apple over the years and I have no clue how to work any kind of Android phone. However, I won’t deny that there are some big problems that Apple seems to be doing nothing to fix or improve upon.

After the lackluster iPhone 6S unveiling, the tech giant is not falling down the mountain, but it is starting to wobble and these things aren’t going to be helping to solidify the company.

I’m starting out with what may not be at the top of the list of Apple’s concerns, but it should be.

The App Store has gone from a once unique concept where unknown small companies could work day and night to make something cool and original for the masses, to a cesspool of uninspiring rip offs and games practically unplayable from ads and microtransactions.

The quality control team at Apple, which is supposed to check every app that is submitted to the store, has either dipped severely or has disappeared entirely. There are games in the store that are poorly translated messes covered in microtransactions and ads, and often unlicensed characters to attract kids to buy it.

And, the mainstream games are just as bad with the aforementioned microtransactions and the typical formula of taking a popular game, such as Temple Run or Crossy Road, and adding a popular celebrity or character to it.

Apple Music was a flawed move by Apple from the start. It hasn’t been a failure, but it is rare to see this company be late to the party and actually feel like they are behind.

I never had a use for the feature – I already pay for Spotify and there is nothing that Apple Music has that Spotify and other music streaming apps don’t. It is also frustrating to do something as simple as accessing the music I had previously downloaded on my phone while getting around all the Radi0 and streaming services.

A Stuck Up Company

Now, this entry is pure observation and opinion. It appears that lately Apple thinks they are kind of a big deal. However, like Ron Burgandy, their ego is getting the best of them. They aren’t the only tech giants in the game anymore, and they are being legitimately challenged in both the phone and computer markets.

There seems to be some kind of ignorance amongst the higher ups. As I said before, the recent iPhone 6S unveiling was lackluster, and it is Apple’s fault alone for the backlash. If they want to release a new smaller phone with all the capabilities of their larger phones, that’s great.

Release a press release on the website and go about it that way, don’t have a big conference about it unless it’s truly groundbreaking! It worked for the iPhone, the iPad, and even Siri was slightly deserving to something of that scale.

It’s sort of like this – ice cream is awesome, but if you’re going to eat ice cream every night and you’re told every time it’s the best ice cream ever. After awhile, it just doesn’t seem like that big of a deal anymore.

I can describe the problem here in a short phrase – style over substance. Yes, it’s great that Macs very rarely get any viruses and yes, the slick design is always a plus.

But, these things do not excuse the price and lack of processing to do anything more extreme outside of Photoshop. I’m just saying, if I can spend $400 on a laptop that I can play Fallout 4 on and comes packaged with some type of anti-virus software (although the easy solution to that problem is just be safer when online), why would I want to spend over a grand on a Mac or Macbook that has less features but looks prettier?

So, Apple we’re challenging you – will you step up your game?