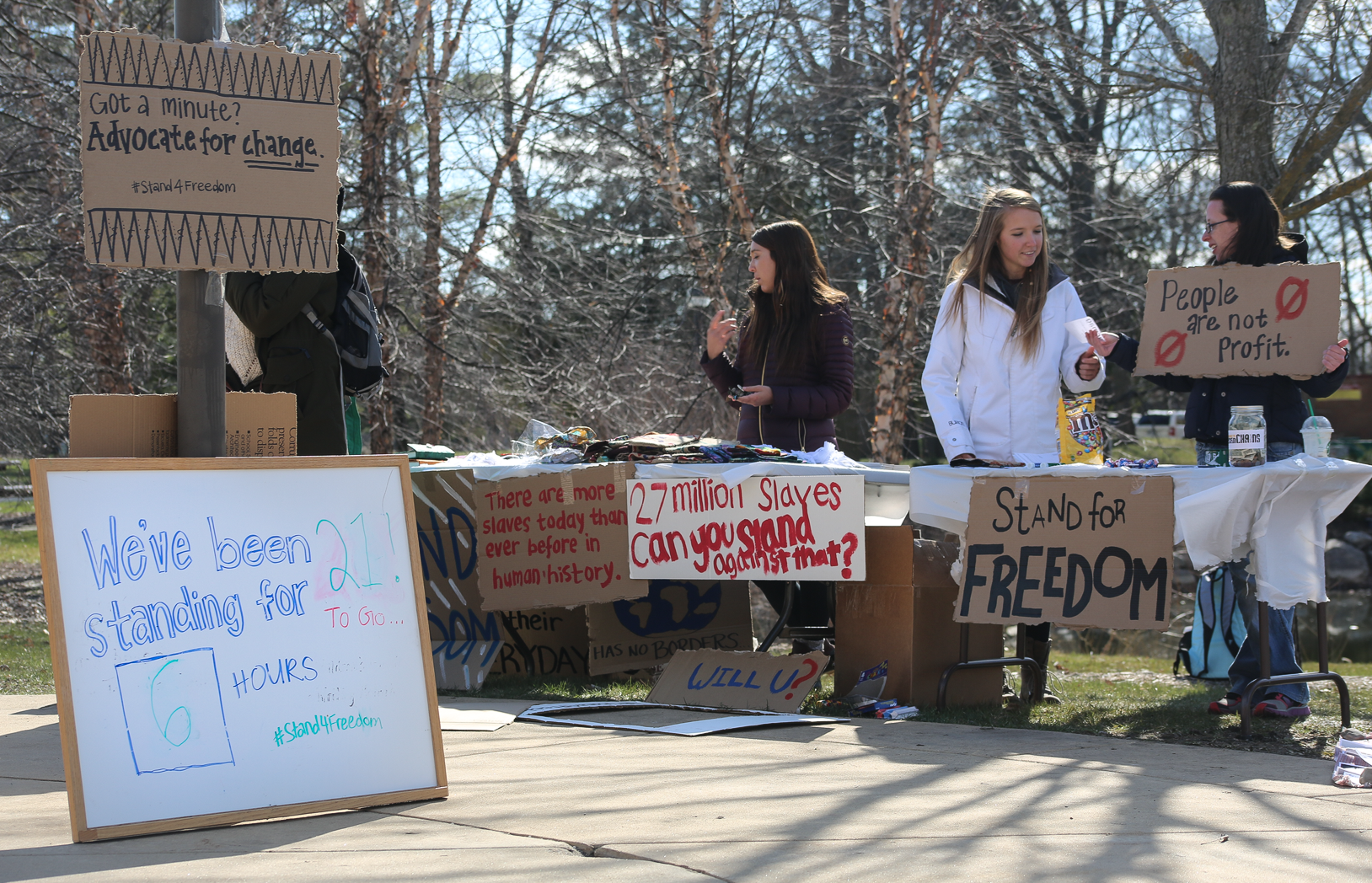 On Tuesday, April 12, members of the Students Against Slavery organization stood outside for 27 hours to represent the 27 million people who are currently enslaved, including human trafficking.

[Human Trafficking] is relevant and important, but is often just brushed aside. This is one of the only opportunities on campus to be involved and raise awareness for it, and it is so important to be educated about it.

Member of the Students Against Slavery Organization 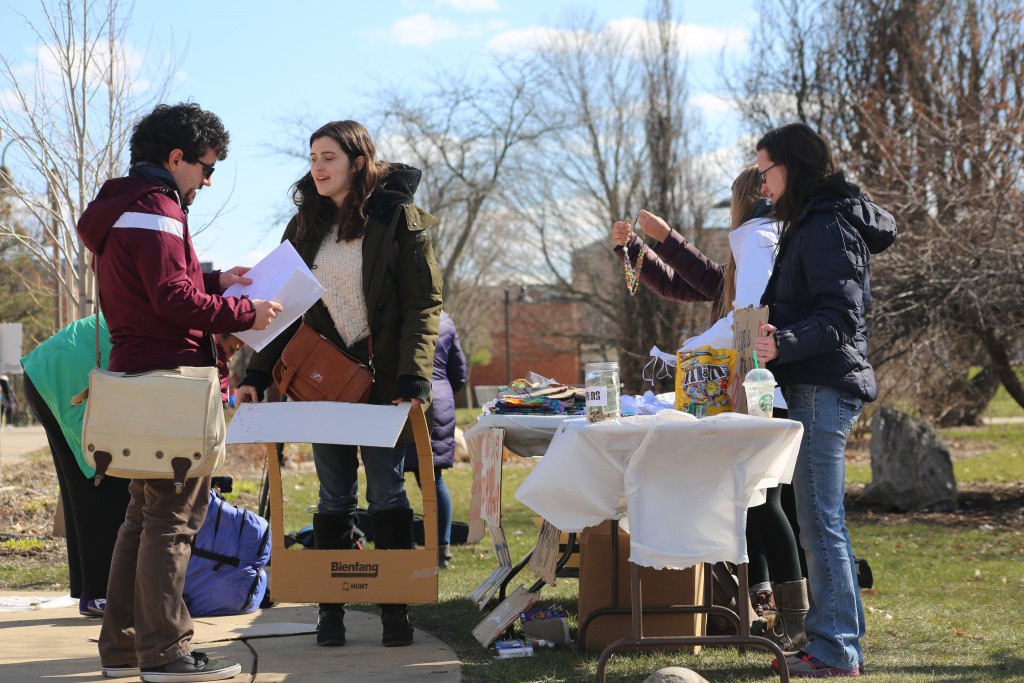 The students stand for raising awareness in the community for something that often is overlooked. Their mission is to help inform, working with other students at Central Michigan University, about the truth and current conditions behind human trafficking both domestically and internationally. 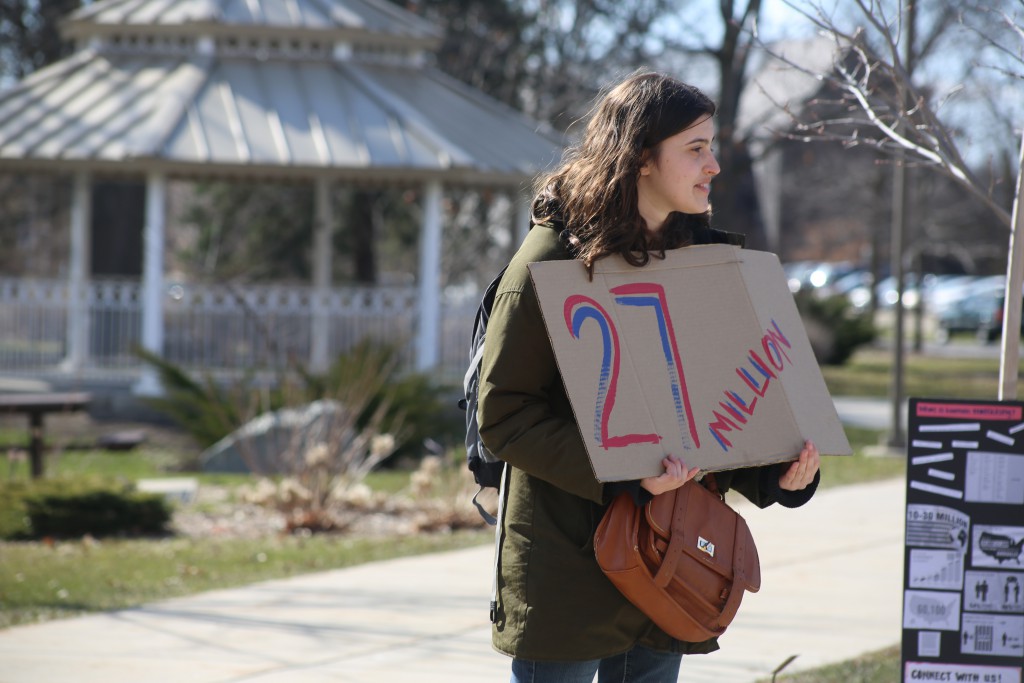 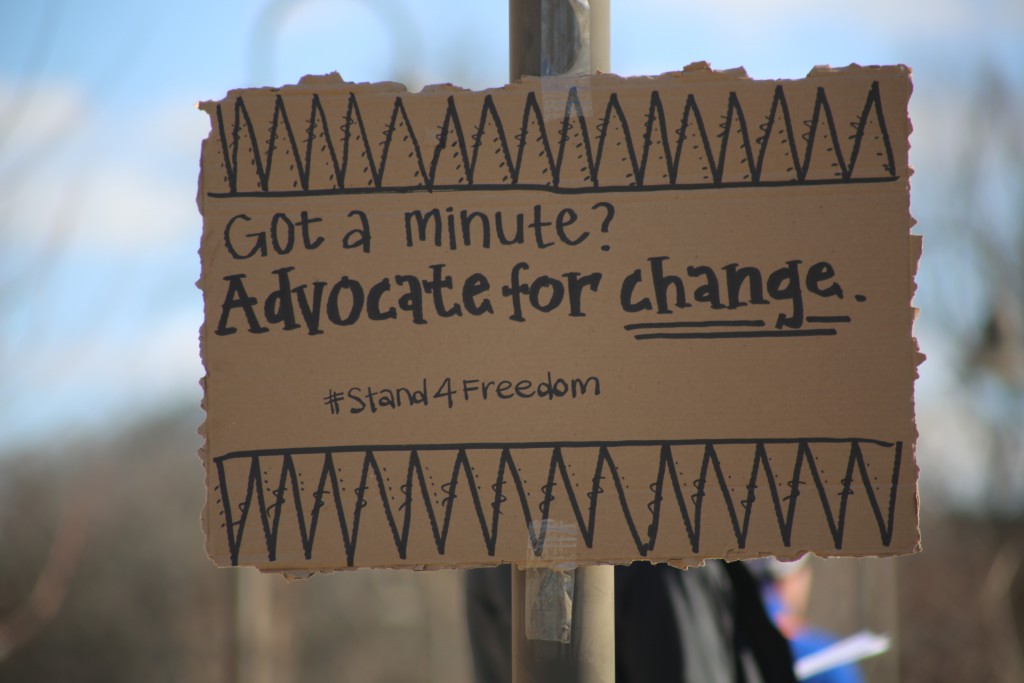 The students stood outside for 27 hours and advocated for a change, allowing for students to sign their name, leave a donation or purchase various goods made from men and women around the world who were rescued from human trafficking. 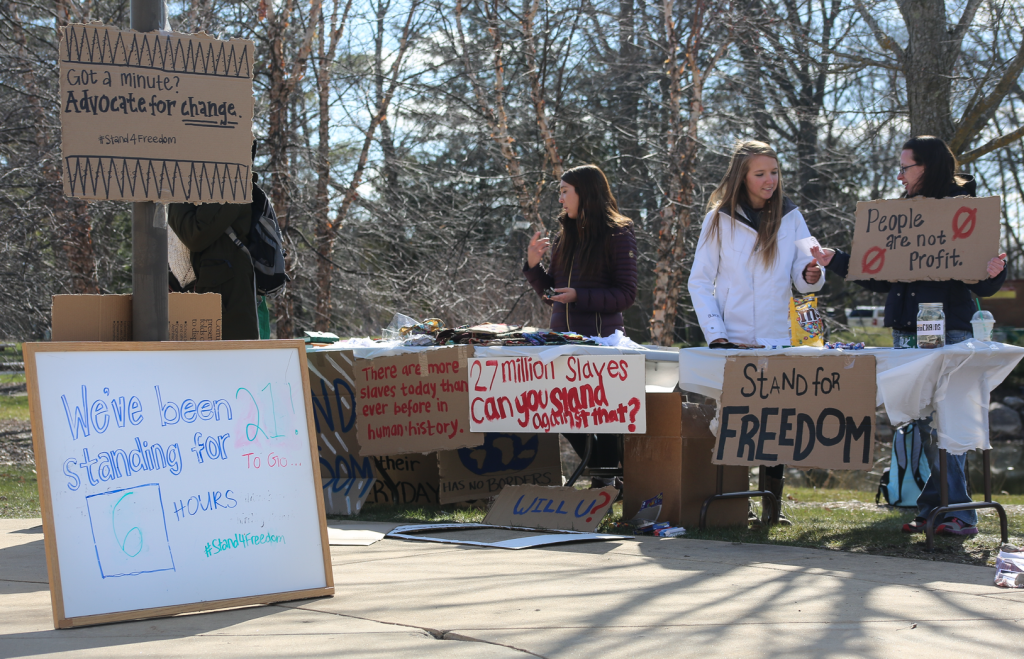 Photos and story by Anne Langan.