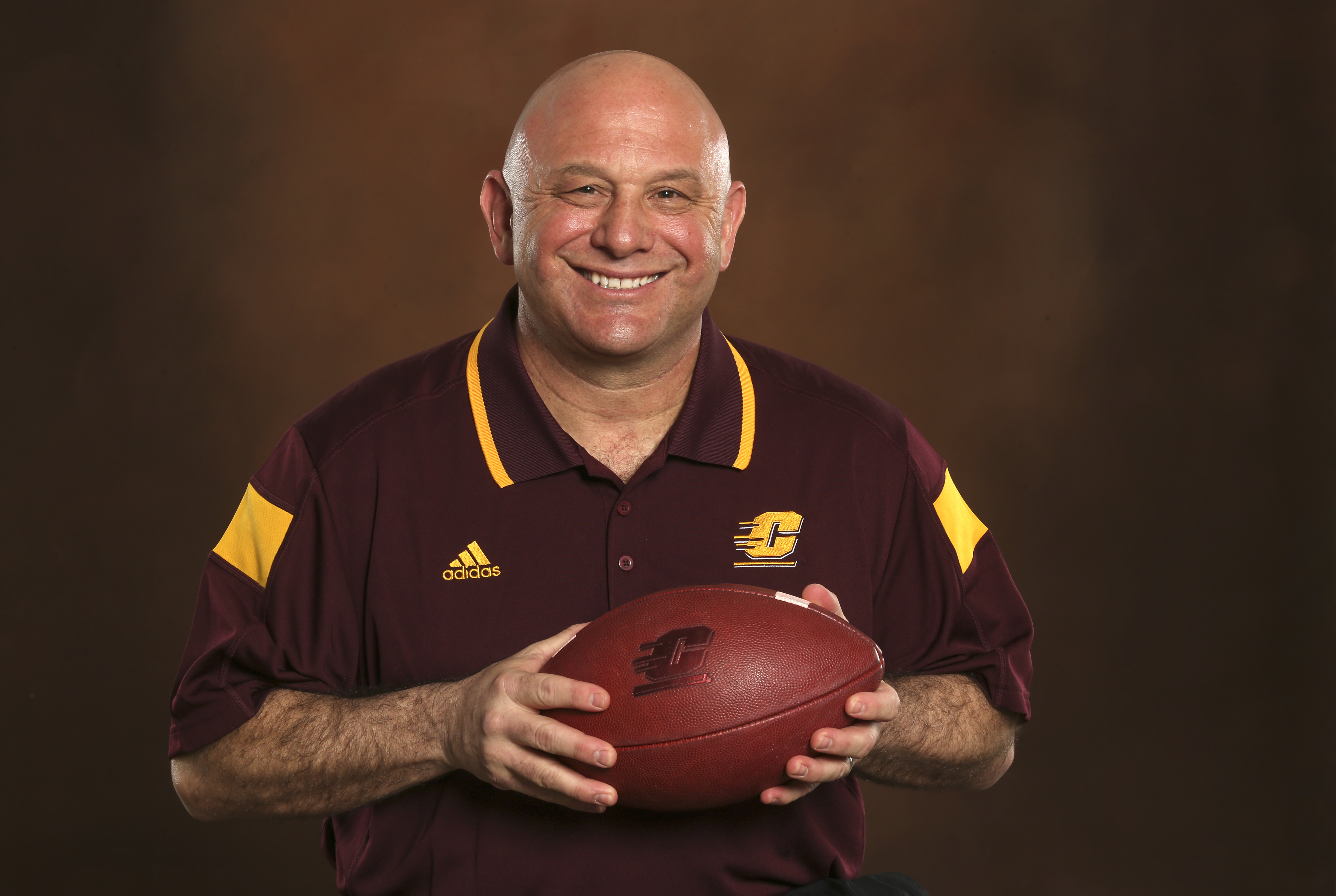 After a suspenseful two-week search for Central Michigan University’s new football head coach, the wait is finally over.

Mixed emotions followed former head coach Dan Enos’ resignation when he left CMU’s football program to take on the position of offensive coordinator at the University of Arkansas, just a week and a half before high school football’s national signing day. With low morale, no solid plan and no head coach – it seemed CMU would not be on the radar of many promising perspective players.

Despite this predicament, CMU proceeded through signing day with no head coach, coming out with 18 new football recruits.

Thankfully, Sunday evening brought relief to the program, when John Bonamego, 51, was named the new head coach. Not only is Bonamego a CMU alumnus, but he also played for the football program as both a wide receiver and a quarterback before graduating in ’87 with a health fitness degree. While Bonamego was on the team in the ’80s under head coach Herb Deromedi, the Chippewas averaged nearly seven wins a season.  That’s not too shabby, and is enough to earn bowl eligibility.

Shortly after graduating, he began his coaching career just down the road from his alma mater at Mount Pleasant High School as an assistant.

After only one season with the Oilers, he took a new path, helping to coach collegiate football teams at Maine University, Lehigh University and Army West Point as assistant coach. He spent five years at Army, 1993-1998, before being hired by the Jacksonville Jaguars as assistant special teams coach. He bounced around the NFL between four different teams before coming back to Michigan. With more than 25 years of football experience in high school, collegiate and professional football, many agree he’s the right man for this job.

During his career, Bonamego has had many notable achievements, including his position as the special teams coordinator for the Detroit Lions the last two years.

Even though he has only had one head coaching job in his career Bonamego will hopefully mix his playing experience with his vast coaching knowledge to help put the Chippewas back at the top of the Mid-American Conference’s West Division.