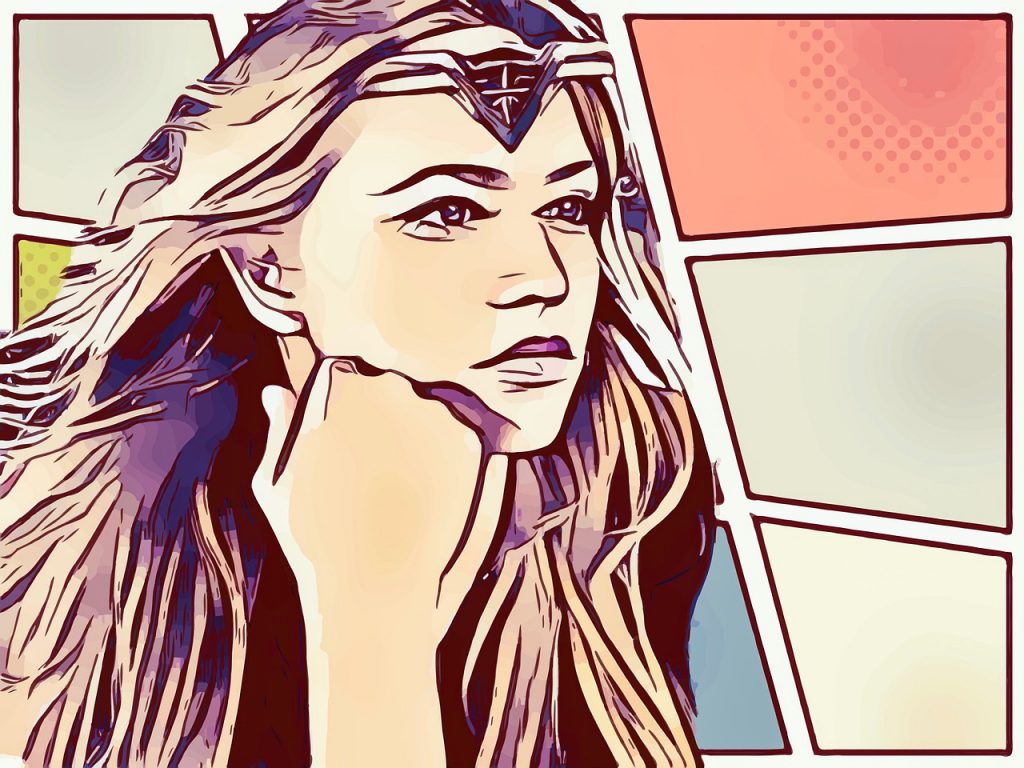 Photo by prettysleepy1, Courtesy of pixabay.com

Female heroes in movies and TV are not a groundbreaking concept in the media nowadays. However, the growing recognition of well-made movies featuring compelling female heroes has become more prominent within recent years.

“I think with the #MeToo movement, female characters are gaining more traction in Hollywood,” Central Michigan University senior Cara Thomas said. “Women and men are demanding to see more female superheroes. It’s been a ‘boys world’ in cinema and it’s nice to see things are changing, even if it’s slowly.”

Lynda Carter’s portrayal of the original Wonder Woman TV show (1975-1979), Yvonne Craig’s portrayal of Batgirl on the live action TV show “Batman” (1967-1968) and Helen Slater’s portrayal of Supergirl in the 1984 movie, “Supergirl.” These portrayals of famous heroines are beloved by fans, but the main criticism is that they’re not taken as seriously as what we see in pop culture today, because of their portrayal. However, the credit these portrayals get comes down to being the first time audiences are introduced to female crime fighters during a time when women were still fighting against predetermined gender roles.

Examples like Halle Berry’s Catwoman (2004), Jennifer Gardner’s Elektra Natchios in “Daredevil” (2003) and “Elektra” (2005), Alicia Silverstone’s Batgirl in “Batman and Robin” (1997) and Jessica Alba’s Sue Storm (The Invisible Woman) from “Fantastic Four” franchise (2005, 2007), received negative feedback on their portrayals because they ignored the original source material, added needless sexualization to already attractive characters and are attached to poorly made films that have been labeled as, “universally hated” by fans.

Examples like Sarah Michelle Gellar’s Buffy Summers from “Buffy the Vampire Slayer” (1997-2003), Jean Grey, Storm,  Mystique,  Kitty Pryde and Rogue from the early “X-Men” movie franchise (2000, 2003, 2006, 2014) were better received by fans and viewers. These portrayals were loved because the female heroes are relatable, have layers to their personalities and don’t focus solely on “being a girl,” as well as staying true to their source material.

In recent years, female heroes haven taken a larger roll in pop culture. This seemingly started with Black Widow in the Marvel Cinematic Universe, portraying her as competent S.H.I.E.L.D. agent who keeps up with, and saves the other Avengers. This led to similarly popular heroes in the MCU like Scarlet Witch, Gamora, Nakia, Okoye and Shuri.

“My friend really loves Black Widow and Marvel has yet to do a movie on her,” Thomas said. “She would be a character I would also like to see more fully developed in her own film.”

TV shows like “Arrow,” “The Flash,” “Supergirl,” “Agents of S.H.I.E.L.D.” and “Jessica Jones” show female characters with emotional depth and character development that could also fight against villains without relying on the help of male heroes.

More recently, Gal Gadot’s Wonder Woman (2017) showed female heroes can lead a movie without being sexualized, relying on male characters for help and staying true to the original source material.

“My favorite female superhero in movies would be Wonder Woman,” Thomas said. “She’s the epitome of a strong female superhero who shows vulnerability and that it’s okay to be vulnerable and strong.”

Soon Captain Marvel, starring Brie Larson, will be the first Marvel movie starring a female hero within the established Marvel Universe in 2019. A reference to the  character was shown at the end of “Avengers: Infinity War,” and has since received a lot of hype. The first trailer was released on September 18, 2018, and gained 109 million views on YouTube within the first 24 hours.

“I am really excited for Carol Danvers, or Captain Marvel,” CMU student, Madison Frye said. “I think it’s about time Marvel releases a movie with a female lead, and I think Captain Marvel is the perfect choice.”

With Gadot and Larson’s characters rapidly growing in popularity, there comes the demand for more female-led heroes. This asks the question of how these movies should portray female heroes.

“There are tons of female heroes in comic books that could be translated to screen,” Frye said.

“Keeping up with the idea that women can be more than just the ‘damsel-in-distress’ or they cannot do stuff the male characters can when they are more than capable of doing it would also help for better portrayals of female heroes in the media,” Rogers said. “I think the inclusion of female superheroes in media is helping change the comic world. They are starting to change and make the women look just as capable as the male counterparts.”

Hauenstein added that a woman can be strong and be fully coveted, like nearly all male superheroes and that female superheroes in the media should stop being made into love interests.

“I think they’re opening it up to a more inclusive and diverse community that more viewers can relate to, especially young girls.” Hauenstein said.

Considering how far they have come in media, female heroes have the potential to become just as prominent and beloved as male heroes, if not more so.