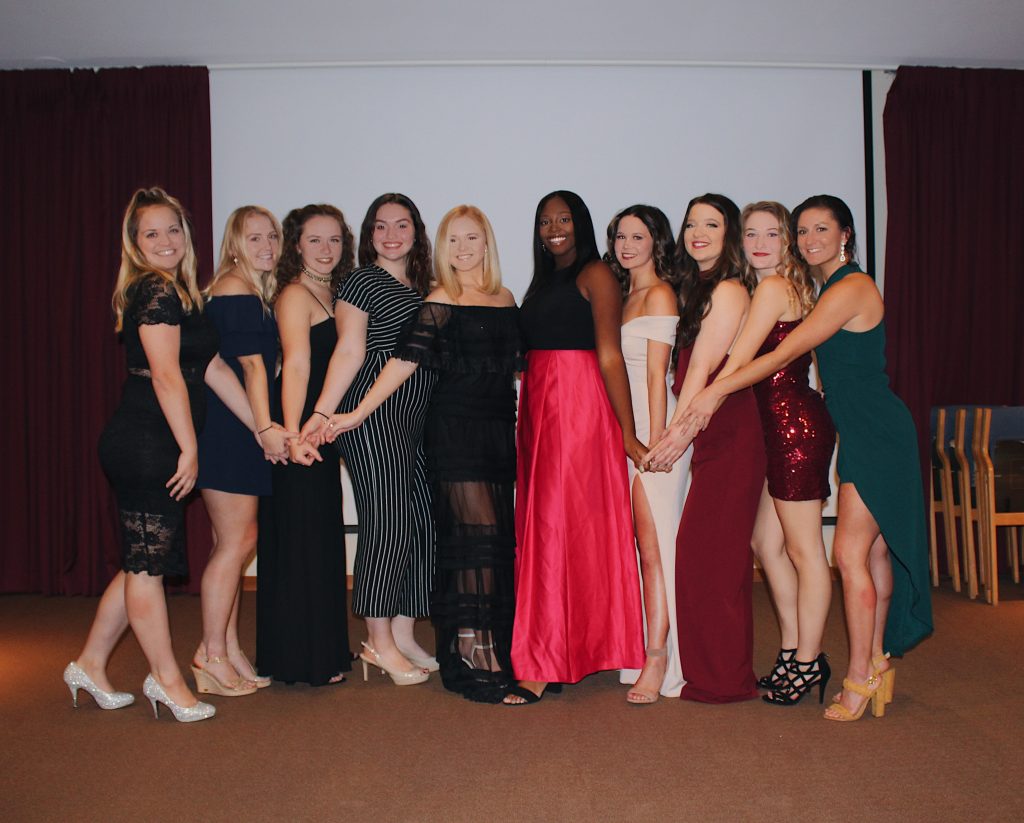 The pageant included participants from many of the sororities on campus, each competing with each other in three main events; a fashion show, a talent show, and then a questionnaire where they are asked different questions from the hosts.

The pageant, which took place at the Bovee University Center, began with a fashion show where the participants showed off their dazzling outfits for the judges and the audience.

Jordan Hyames and Lauren Lewallen pose for a picture with audience members.

Julia Kalusniak and Alyssa McNamara pose with audience members for a picture.

Sarah Scott and Tori Hatfield pose together for a picture.

Following the fashion portion of the event, the participants took turns going on stage where they performed their various gifts for the pageant’s talent show.

Liz Ferden and Madeline Morley stand together on stage during the pageant’s talent show.

Sadie Kessler sings for her part in the talent portion of the pageant.

Lauren Lewallen sings on stage as her act for the talent portion of the pageant.

Jordan Hyames sits on stage knitting a hat as her talent for the talent portion of the pageant.

Amanda Lewis engaged in festive pumpkin painting as her talent for the pageant.

The pageant concluded with a trivia contest where the hosts asked the participants numerous questions. Some questions were silly, others were serious.