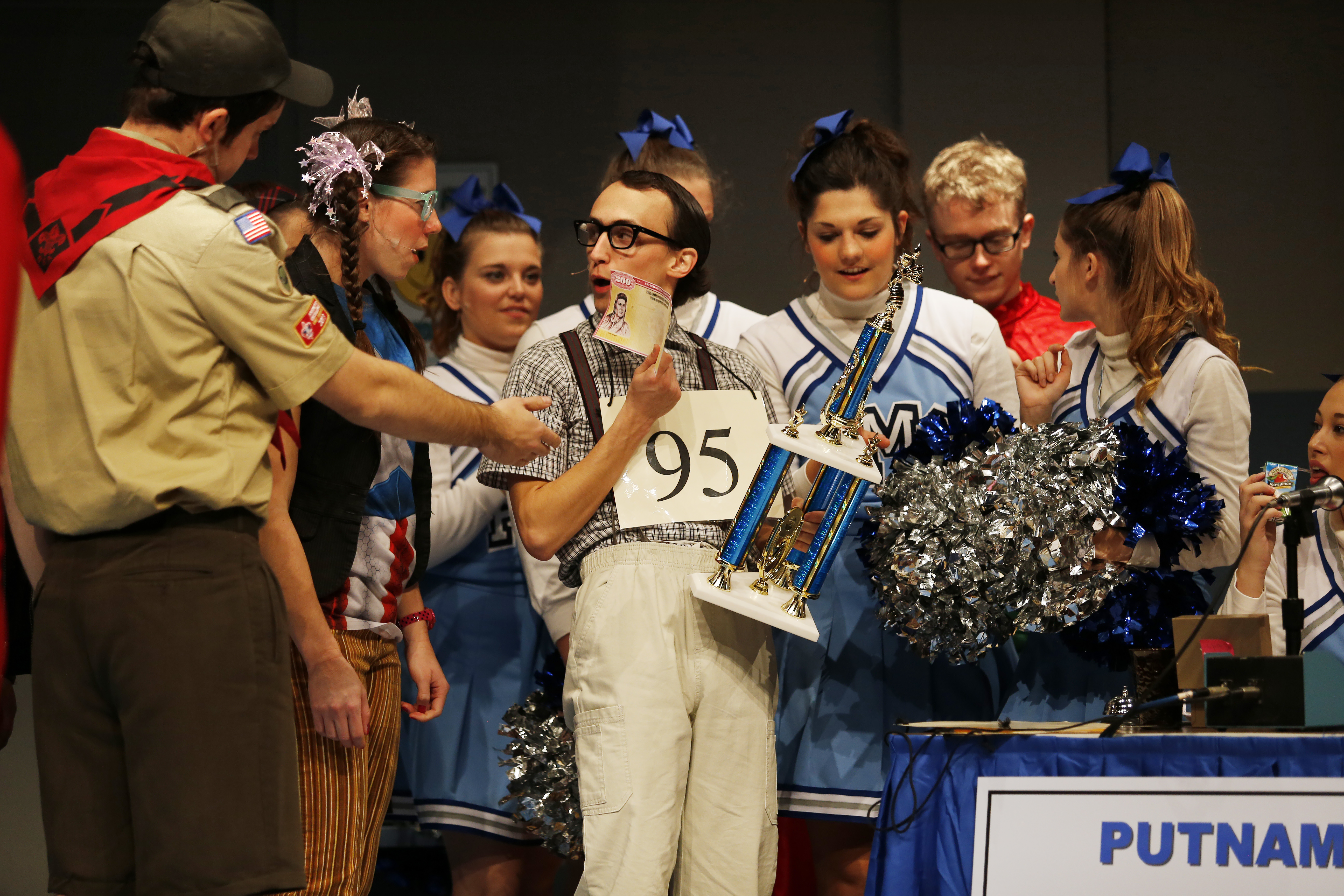 From improvising with celebrities through Trap Door Improv, to belting out hit musical numbers, it’s clear that Dillon Harke is making a name for himself at Central Michigan University.

Throughout his time at at CMU, this Mount Pleasant senior has been a major contributor to the theater scene.

In addition to starring in many university plays, including “42nd Street” and “The Cherry Orchard,” Harke is also a member of the University Theatre Dance Company and one of the main performers of CMU’s improvisational group, Trap Door Improv.

From Nov. 12 – 16, Harke starred in “The 25th Annual Putnam Spelling Bee,” a Tony-award winning musical that focuses on six quirky middle school students participating in a spelling bee, and three peculiar adults, who run the event.

In this performance, Harke played William Barfee, a character who has allergy problems, poor posture and breathing complications. He explained just how challenging the role was, calling it “physically exhausting and difficult.”

“The biggest challenge for me was the physicality of Barfee, because I’m hunched over, shoulders up, scowling and on stage the whole time,” he said. “When I get off stage, my shoulders hurt really bad and after each act I feel incredibly sore.”

Harke was able to put his improvisational skills to good use in this performance.

“Most of it is scripted, but there’s always an element of improvisation and unpredictability because we have four audience members come up on stage with us,” Harke said. “It’s really fun when someone from the audience is on stage because it forms a bond between us and the audience and it is one of the biggest draws of this play.”

Beyond being in a band throughout high school, Harke has never had any classical voice training prior to coming to CMU to study musical theater. He credits former Assistant Professor of Voice, Elizabeth Stoner, for training him and teaching him how to sing classically, calling his time with her some of his “best experiences at CMU.”

Even though Harke is fiercely dedicated to pushing himself to be the best performer he can be, he admits he has faced many challenges trying to juggle both his academic and stage lifestyles.

“Finding the balance between classwork, rehearsals, playtime and sleep has been one of the major challenges I’ve had to face,” Harke said. “It’s sometimes a hard balance; making sure I’m on track in my classes and not just focusing on the shows, or doing my homework and not necessarily doing the things I need to for shows.”

Before coming to college, Harke dreamed of traveling across the United States, but since coming to CMU and joining Trap Door Improv, he has gained a great passion for improvisation. Now, his dreams have slightly shifted – but this shift is an exciting one.

“I’d love to either go to Chicago, the improv capital of the world, to take classes with IO or Second City,” Harke said. “But I’d most love to audition to do performances for cruise lines, to mix my love of performance with my desire to travel.”