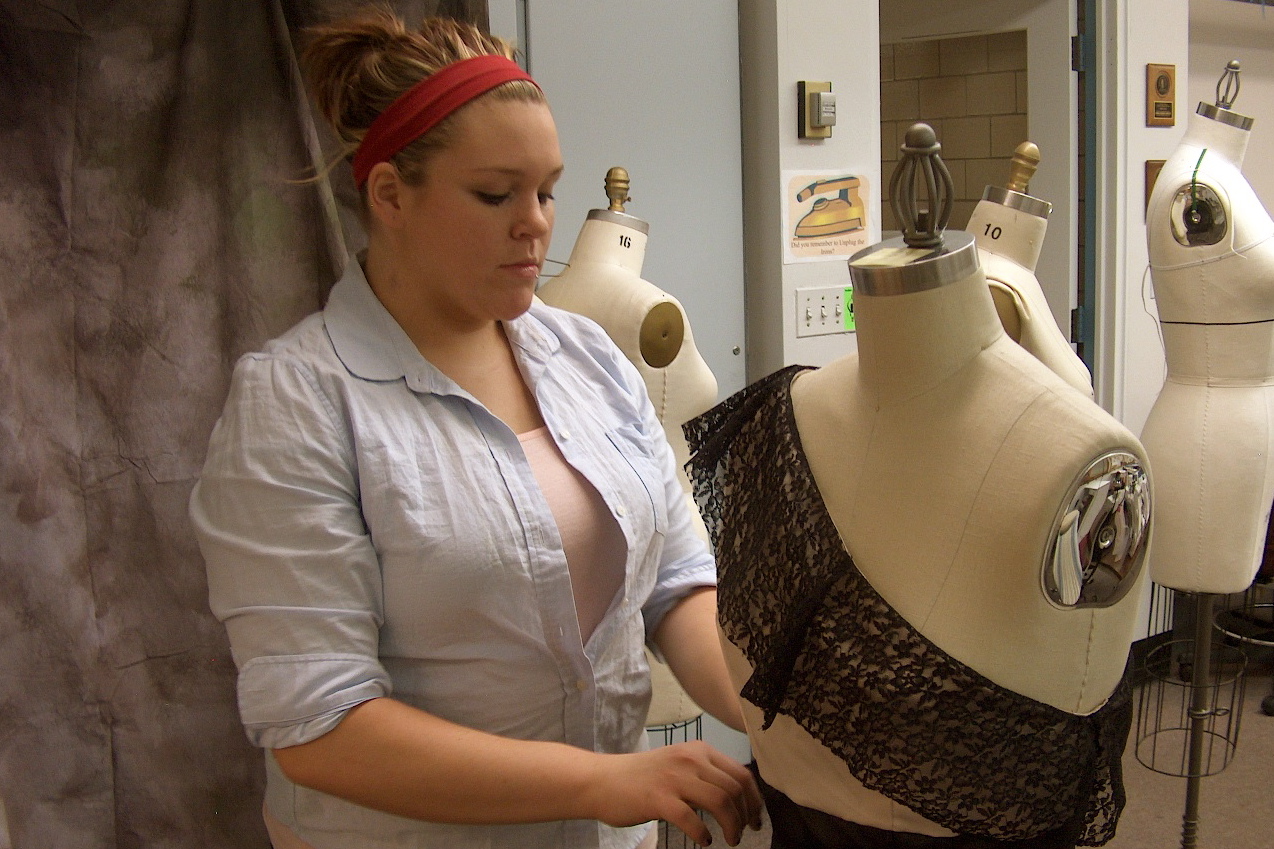 Since this will be her second year designing, Davis feels more pressured to create her new line and knows all too well that the stress her and her fellow designers will endure this semester is something they will struggle with.

“I think I know more what to expect this year,” Davis said.

Davis will be designing for the fall/winter portion of the show. Her line will include five looks composed of three dresses, two formal and two sets of separates.

Davis will be designing with various woven cottons, satin weaves and lace fabrics in colors such as black, eggplant, charcoal gray and champagne creams and pinks.

“I like the fall color schemes better than spring,” Davis said. “It’s more my personal style because they have a more rich and dramatic feel.”

She didn’t start her designs without difficulty.

“I think having a theme gives you more focus,” Davis said.

Some of Davis’ design ideas are not finalized; but as of now her overall theme is set to follow Black Swan. She plans on using fabrications like feathers and tool to support this theme.

Three of her friends will be modeling for her and Davis will also be attending model call to find her last two models for the show. The chosen models will also be sporting theatrical makeup to go along with the Black Swan theme.

An advantage that Davis will have for the show is implementing the techniques that she learned this summer while attending Paris American Academy. These skills include fabric dying, draping and various ruffling techniques.

Davis learned a lot designing for the show last year and has already completed one dress for her line.

She wants to make her line that much better in hopes that Project Runway winner, Seth Aaron, will be at the show.