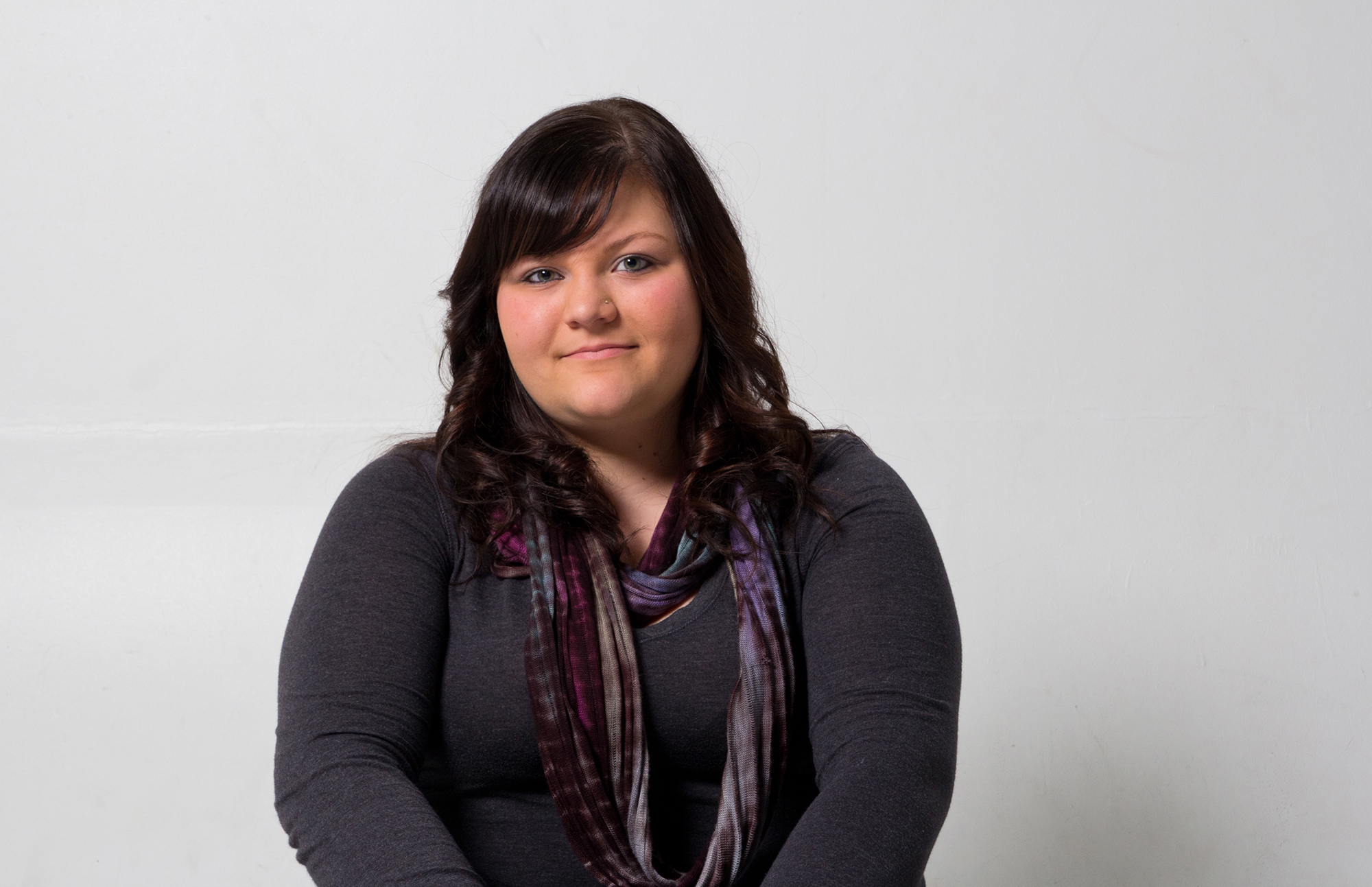 “Ever since I was a little girl, that’s always been my favorite movie,” Pinter said.

Pinter, a senior form Burton majoring in Apparel Design, will be showing an original collection in the 2013 Threads Fashion Show on April 13.  This year’s movie theme prompted little contemplation for her.

“I’ll choose something I’ve always liked,” she said explaining why “Cinderella” was the inspiration to her collection.

This will be Pinter’s third year designing in Threads. However, she has always wanted to be a fashion designer.

“I got my first sewing machine in middle school,” she said.  “I think it’s kind of cool that I never changed my mind.”

Her dreams became tangible through her years of experience, which include the prom dresses she designed in high school.

“I did my cousin’s last year, and I did another for a friend,” Pinter said.

The dresses were “big ball gowns,” a style that plays to her style.

“Big and puffy dresses…that’s my taste,” she said.

Pinter’s experience with making ball gowns, coupled with her connection to Cinderella, will be blended harmoniously in her collection for Threads.  Her gowns will be built with formal looks, as she hopes to capture the bliss of a wedding.

The Cinderella collection features two formal gowns, a large, puffy one and a shorter gown that will also have a good amount of tulle.

The collection also features a formal men’s look, composed of a dress shirt, vest and dress pants, as well as a tuxedo, which will go down the runway with a straightforward wedding dress.

Pinter said the other looks are those that one would wear while in a wedding; however, the wedding dress will be “the jaw dropper.”

“When you think of Cinderella, you think about the big dresses,” Pinter said, saying that the movie’s infamous royal ball gown was her chief inspiration

In addition to the glamorous gowns, with intricate bodices and broad, flowing bottoms, Pinter is incorporating the prevalent colors that flourish during the grand event in the movie.

“I’m focused on using the primary colors – red and blue – and white,” she said.

Solid colored lace, and subtle silks, are also planned for her collection.

“There’s a lot of tulle,” Pinter said about her wedding gown, which will bring Cinderella to life. “It definitely takes a lot of time. The top part is easy, but when you get to the bottom part of the dress, there’s a lot of layers.”

Pinter expressed the need for space when making a large wedding dress, but discounted the need for patterns.  As she continues to build her collection, she plans to continue to weave in her personal tastes as well.  She said she enjoys sequence and sparkle, which is why she is adding a lot of sequence and pearls.

Adding accessories is just as important to Pinter as adding adornments.  To Pinter, a completed look includes the overall essence provided by accessories, hairstyle and makeup choices as well.

“To me that’s really, really important,” she said.

Pinter plans to complete the looks of her female models with sophisticated buns, neutral makeup and maybe a bright lip.  Pinter’s experience designing in Threads helps her know what to expect from the show even if her styles vary year to year. She said as the show draws near, she works almost every night.

“I think I get the most done at 3 o’clock in the morning, just me and my sewing machine,” she said, explaining that she works around her busy schedule, which includes classes and a job.

Pinter is working alone on her collection. The efforts to bring Cinderella to the runway are all hers.

“I think this is really me this year,” Pinter said, thinking of the elements of herself that she has put into her collection. “I’ve always grown up loving Cinderella, it is definitely a part of me.”

This may be her last year designing for Threads, and she is looking forward to reliving the excitement as if it were her first show.

“It’s really exciting. It’s stressful, but once you see your collection going down the runway, you just get butterflies, and the biggest smile on your face. Getting that feeling again is definitely something to look forward to.”