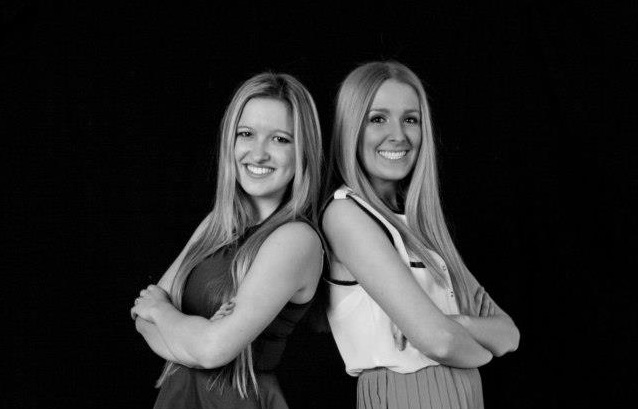 “Morg and I kind of think on the same wavelength sometimes,” said Lindsey Peters, about Morgan Bregitzer, her fellow producer for the 2013 Threads Fashion Show.

Threads is a completely student-run production, including its producers.

“It’s a team effort – it takes two to handle this position,” said Bregitzer, a senior from Sturgis.

Often finishing each other’s sentences, and remaining in-sync with one another, Bregitzer and Peters are working toward providing a showcase of Central Michigan University’s talented designers with the help of their production team.

Bregitzer and Peters were unexpectedly announced as producers at last year’s Threads Pre-Show.

“They didn’t tell us they were announcing us,” said Peters, a senior from Warren.

Regardless, Bregitzer said she felt really honored for having the position.

Put on the spot on the first day, the two girls were ready to be “thrown for loops,” Peters said.

In the beginning stages of planning a show, the producers must pitch the experience to designers.

“Getting designers interested is definitely number one, because it is such a big time commitment,” Peters said. “After that, picking our production coordinators (is the next step).”

As producers of the annual show, Bregitzer and Peters oversee the production class, and its committees, with the help of their adviser Carol Beard.

The production class is split into committees, which include communications, staging, exhibition and promotion, in addition to coordinators for finances, the models and fashion week.

“We pick the coordinators, and they then get individuals underneath them,” Peters said.  “We oversee everything.”

Instead of directing orders, Bregitzer said she and Peters are at the job, doing it with them.

“I didn’t want to be the producer who just sat and said ‘do this, do this,’” Peters explained, “because that wouldn’t really teach you anything; you wouldn’t grow at all.”

Bregitzer continued by saying “we are the liaison between the production class and the designers … we have our hands in everything.”

As one could imagine, producing a fashion show, in addition to managing the obligations of being a full-time college student, has the potential to be quite difficult.

Agreeing that the job requires “immaculate time management skills,” Bregitzer and Peters work together to get the best results.

“We pretty much come at everything as a team, and then, sometimes, depending on our lives, we kind of divvy it up,” Bregitzer said.

According to Bregitzer, one important aspect of producing this year’s show has been providing a welcoming environment to the designers, and allowing open discussion of opinions, suggestions and concerns.

“If they think there’s something weird about the venue, or anything, we really want them to approach us about it, and [we’ll] bring it to the production team,” Bregitzer said. “We don’t want it to be Lindsey and my show.”