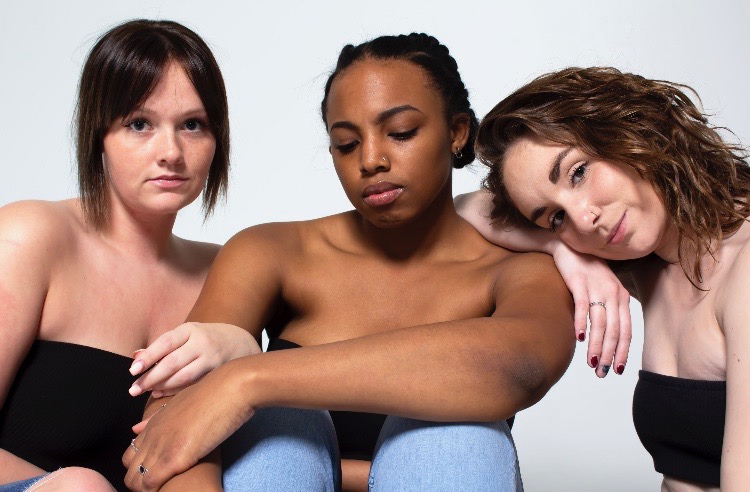 It’s often said that Rome wasn’t built in a day, and neither was the Threads fashion show at Central Michigan University. With the focus on the wonderfully talented designers and models, it is easy to overlook the people behind the curtain, or in this case, the women behind the catwalk.

The Threads producers, Chloe White, Alivia Ferguson and Cecilia Alfaro, have come together as a power trio to put on a successful show for CMU.

White is currently studying entrepreneurship with a double minor in fashion merchandising and event management. She has participated in Threads since her freshman year, starting as a volunteer and climbing the ladder to producer.

Ferguson is studying advertising with a minor in fashion merchandising, and is also a third-year participant in Threads.

Alfaro obtained a Bachelor’s of Applied Arts from CMU in May 2018, and is currently studying to get her Master’s of Science in Apparel Product Development and Merchandising Technology. This is Alfaro’s fifth year participating in Threads.

In addition to producing, Alfaro is also a designer for this year’s show.

White and Ferguson had briefly worked together in the 2018 Threads production, but did not get the chance to get to know one another. Other than this encounter the three women have never worked in tandem.

Being in a team of three can present some conflict at times when it comes to creative differences. This has not stopped White, Ferguson or Alfaro.

“I can honestly say I have been blessed with a team of talented and strong ladies that work together beautifully,”Ferguson said.

A strong point for their team is that they can settle their disagreements in a professional way.

White said, “If there is a disagreement, we talk it out and compromise with each other, like any other working team would.”

It is easy to assume that producers don’t bring their A-game in terms of style, but that is not the case with these women. All three producers believe that style is incredibly important to them personally as well as to their chosen careers in the fashion industry.

“Style is what gives a person individuality and personality,” Ferguson said. “I find it fascinating that so much can be learned about a person through their style.”

People see the term “producer” quite often in television, movies and music, but what does it mean to be the producer of a fashion show?

“Being a producer comes with a lot of hard labor,” White said. “We have been working on this show since last year when we received the positions in April.”

The particular jobs that each of these producers tackle varies, despite having the same title.

Alfaro oversees the Venue, Submissions/Hospitality, and Event Management. White is in charge of the Model and Finance Committee, which includes jobs such as setting up ticket prices, purchasing materials for the show, and handling model calls. Ferguson leads the Public Relations and Alumni Relations committees. She runs the social media accounts and creates the “face,” or theme, of the show.

Despite the intense work load that comes along with being a producer, it does not phase these hard-working women.

“A good producer is someone who has good time management skills, is organized, and handles stress and pressure well,” Alfaro said. “To be a producer, you also need to be approachable, friendly, and always willing to listen others.”

White, Ferguson, and Alfaro agree that the most rewarding aspect of working with Threads is the outcome, and finally being able to see their vision become a reality.

Ferguson said, “The most rewarding aspect is seeing your vision and endless hard work come to life. As a volunteer and director – the same rewarding feelings of joy and achievement consumed me. As a producer, I know I will feel the exact same way on April 6, 2019.”

Threads is not just a hobby to these producers, they are incredibly passionate about the message the show sends. According to both Alfaro and Ferguson, the Threads theme for this year is ID (Identity).

Ferguson said that “Threads ID’s mission is to encourage everyone to be confident in their identity and to showcase the emerging and ever-changing world of the fashion industry.”

Alfaro similarly said, “Threads Fashion ID is all about diversity and body positivity. We want everybody to feel confident in who they are and love everything about themselves.”

With these women in charge, there is no doubt the 2019 Threads fashion show will be one for the books.