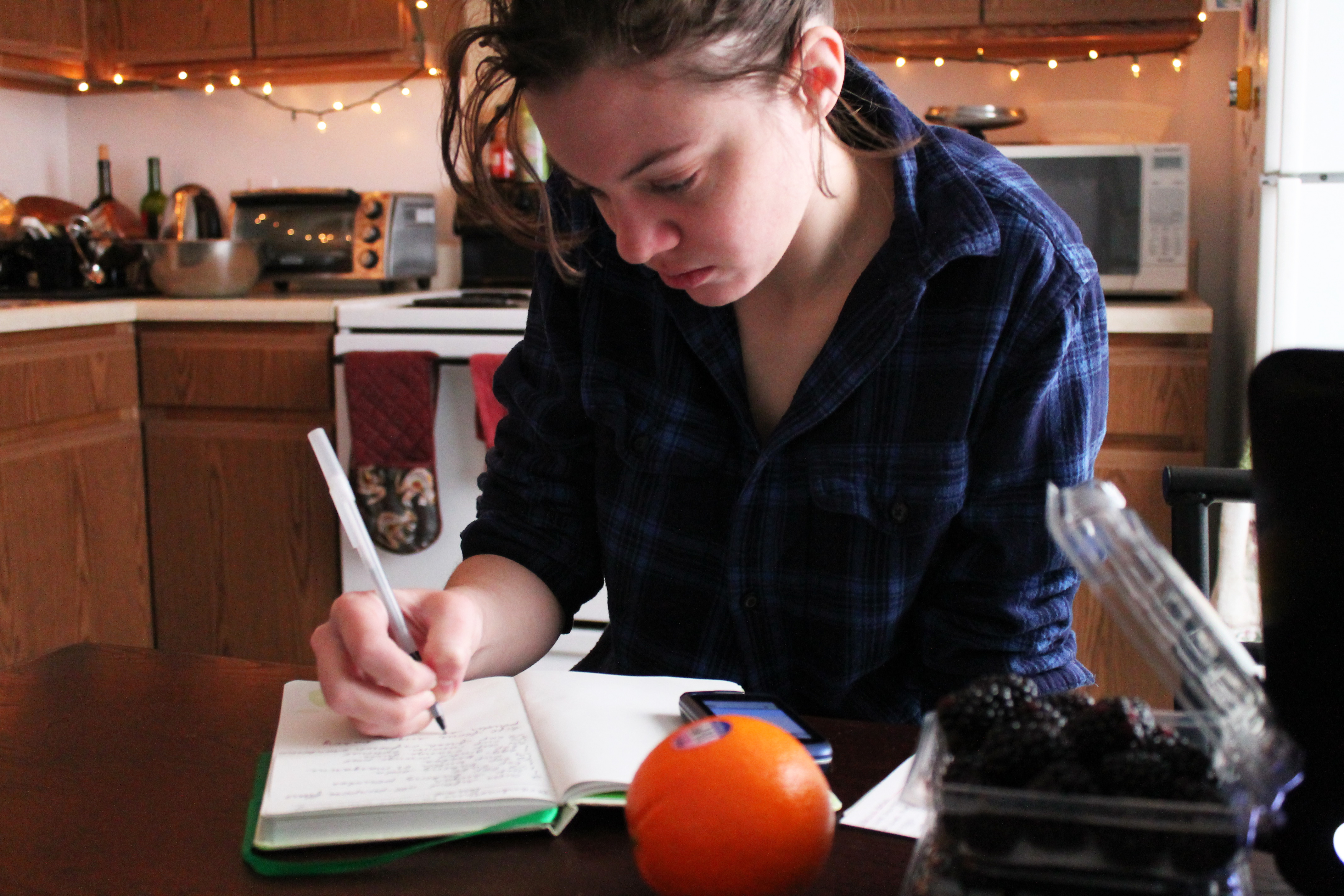 Katy McAllister and Ali Wilson have a dream – finish college, move to Portland and open a coffee shop.

For the Mount Pleasant seniors and best friends, this has been both a dream and a challenge since they decided on this post-graduation business venture four short years ago.

While many graduates go to work in various places around the world, few are self-employed – but this pair sees this as one of the many perks of owning their own business.

As their high school graduation was pending mid-2011, neither of the two women were very interested in going to college or staying in their hometown. They came to the conclusion that in order to move away –which was the only thing they knew for sure they wanted – they had to get a college degree. While neither was crazy about the idea, becoming friends with the new college roommates and coworkers prompted them to continue school.

Even with a college degree, how could they get out of Michigan and still make enough money to pursue their planned business venture? For McAllister, the answer came in the form of one of her favorite sitcoms, “Friends.”

“Seeing Central Perk we thought, ‘that’s what we want to do with our lives – open a coffee shop,'” McAllister said. “We wanted to mix our passion for art and literature and this business was a way to do it.”

Though the idea for a business was difficult to decide, its location was much easier.

McAllister visited the city of Portland many years ago and instantly fell in love. She hoped that one day she’d find her way back – permanently. For a few years, she had talked about moving there with Wilson, but it was never more than just talk between two young adults aching to do more than spend the rest of their lives in their hometown.

“One day, [Katy] said to me, ‘Ali, we need to move to Portland and open a coffee shop,'” Wilson said. “I realized she was being serious, not just throwing it out there as a random thought.”

It was at that moment that the wheels were truly set in motion.

Since then, McAllister and Wilson have filled a special spiral bound notebook with ideas and dreams for their coffee shop. Everything from special monthly cupcakes to ideas for a small lending library. As their time at Central Michigan University comes to an end, the pair have more planned than just the location and business type. Now they’re beginning to map out the best way to make this idea a reality – a long way from where they began.

Both women still have much to consider on the business end of this goal, something Wilson says is intimidating, but still won’t hinder them from moving forward.

“The business aspect especially is something that requires a lot of preparation, so that gives me pause, but it’s also a more distant goal,” Wilson said.

The pair have decided to take their time, believing they still have much to learn before opening a business. However, it doesn’t stop them from spending their days off testing different recipes for muffins and cupcakes. McAllister’s recent triumph was her blackberry orange muffins with orange glaze, something she was particularly proud of given her lack of kitchen utensils and a properly working oven.

With the pitfalls and the challenges they face, the pair is still determined to bring their dream to life. And with enough hard work and the right chocolate chip muffin recipe, McAllister and Wilson’s literary-themed coffee shop could very much become a reality.

“It’s definitely exciting to plan something big for the future,” Wilson said. “It’s nice to have something good to look forward to when such a big part of our lives is about to come to an end.”