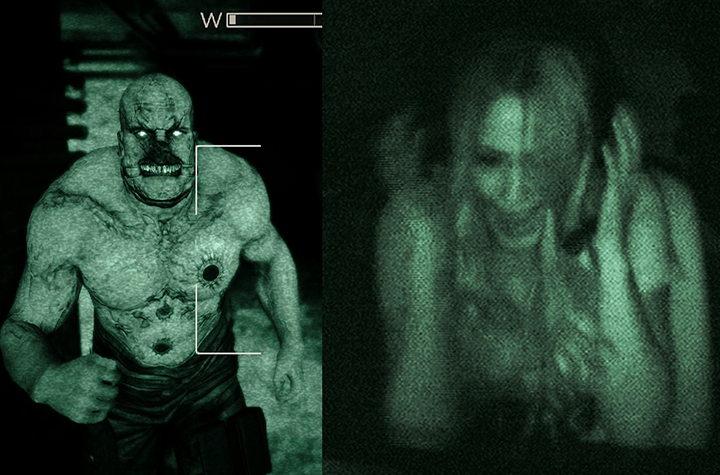 Tired of your underwear not having any pee stains? Have you been getting too much sleep? Do you want to jump at the slightest noise in the night? Well then, close the shades, turn off the lights and turn on “Outlast.” It’s time to have the ever-loving piss scared out of you.

In “Outlast” you play a journalist who has received an anonymous tip that some fudged up ship is happening in an abandoned insane asylum. Classic horror game fodder. You decide to check it out, equipped with nothing more than a video camera, a notepad, and a distinct sense of regret as you’re hunted by the patients.

Developer Red Barrels has created the perfect storm of a horror game with “Outlast.” The atmosphere is tense and overbearing; the corridors are tight and claustrophobic. But what scares the player the most is that they have no defense other than to run and hide.

A lot of horror games equip you with increasingly effective weapons with which to fight off the bad guys *cough* “Dead Space 3” *cough*. When you’ve got guns that increase their damage or fire-rate with upgrades, you feel like a bad-ass, and being a bad-ass isn’t scary. What is scary is being absolutely weak and vulnerable. Outlast nails that.

While you’re walking through the halls splattered in blood, through the basement riddled with corpses, into the wards where your next killer could be right around the corner, you are completely defenseless and definitely feel that way, too. The game builds an incredible amount of tension as you slowly meander through the levels, carefully peeking around corners for the lunatic wielding a baseball bat with nails through it. Your finger poised just over the “sprint” button, ready to go at the drop of a hat.

When you are finally discovered, there is a complete sense of desperation as you try to flee. Looking for a locker to hide in or a bed to crawl under in a frantic bid to lose your pursuers, you never forget that one false step means certain death.

Your palms will get sweaty.

“Outlast” has done something very clever and very unnerving, by implementing the video camera. Most horror games give you a flashlight to explore the pitch black depths of whatever haunted building you happen to be trapped in, but in “Outlast” you see in the dark with a night vision camera. Along with the night vision you can also zoom in quite a distance, which gives the player a very unusual opportunity: to see death before it sees you. The tension felt as you look at a psychopath who hasn’t yet noticed you can be overbearing.

It can’t be overstated how well “Outlast” draws you into the world. Everything about the game melds perfectly for you to get fully immersed in playing the role of the journalist. You can look down and see your body. Your hands go up to the door frame when you peek out. When the journalist gets scared, he starts breathing heavy enough to make you wonder if he had dropped his inhaler someplace.

If you’re looking to get scared, check out “Outlast.” It’ll draw you in and punish you for playing it. To play the game is to be masochistic, and I loved every minute of it.