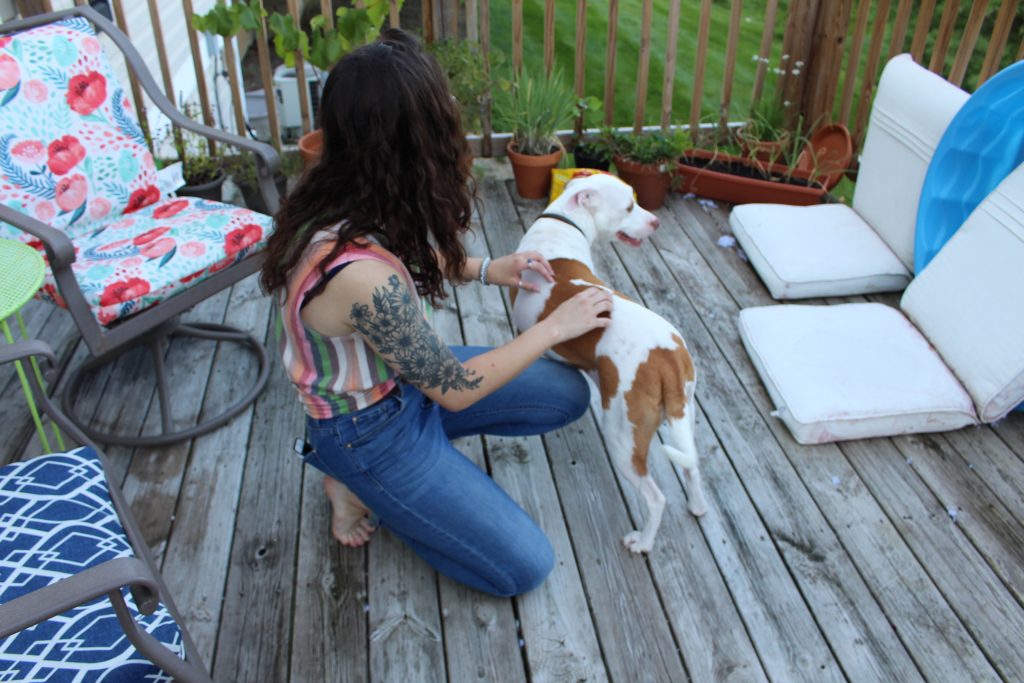 Meet Sunflower, the two-year-old pitbull mix. Senior Ashley Cline  adopted Sunflower to be her Emotional Support Animal (ESA). Cline has had Sunflower for over a year now and has loved having her every minute of their time together.

“When we first met, it was like love at first sight,” Cline said.

Sunflower would not leave her side when they met and became attached very quickly, Cline said. “Having Sunflower has helped me during my worst days,” Cline said. ” I have to get up to take care of her. She has helped me gain responsibility of not only taking care of myself but as well as Sunflower.”

Having Sunflower in her life brings the joy and content that she needs, Cline said. “It doesn’t matter how you feel or if you did something crappy that day, they love you regardless, they are always there,” Cline stated.

Senior Corey Fron has his cat, Floki, who takes part as his ESA.

Fron got Floki to fill the spot in his life he was heading into next.

Fron explained how Floki is a great pet but sometimes does not help as much as he believes at this time.

“I think in the long run I definitely made the right choice,” Corey said. “You just have to know what he is capable of comprehending. He is not a German Shepherd, or a really intelligent animal, you just have to remember that when he miss behaves,” Corey said.