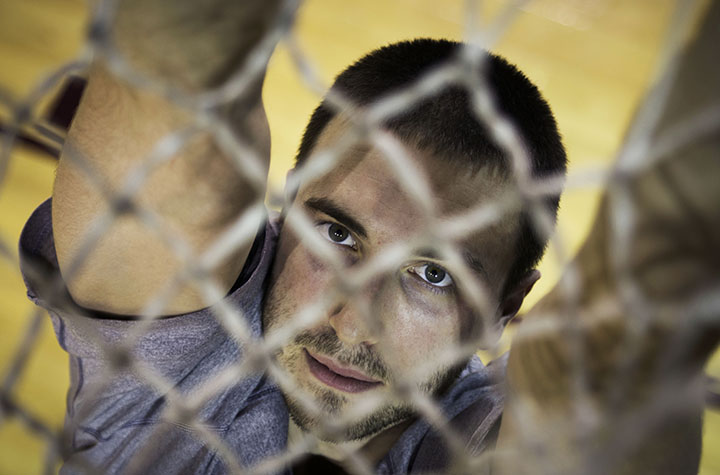 Zach Saylor began his college basketball career at Central Michigan in 2008. A lot has changed since then for the 24-year old grad student. Amongst those changes is the quality of the arena the Chippewas call home.

“When I first came here, it was the Rose Arena and the facilities weren’t up to par compared to the MAC (Mid-American Conference),” Saylor said. “It wasn’t the top half. Now I consider McGuirk, one of the top three, if not my favorite place to play in the MAC being my sixth year here.”

The world of sports is something that has always been a passion for the Lansing native. Saylor played basketball for Waverly High School and bought along his admiration for the game to Central. 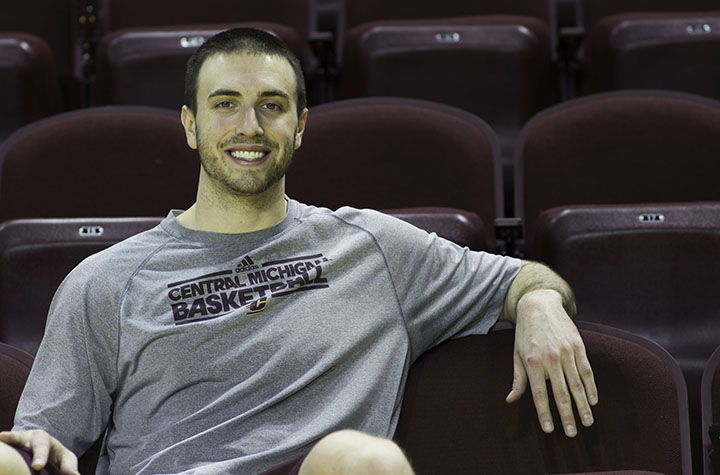 Saylor may be the oldest player on the team, but his passion for the game has remained the same. Coach Keno Davis said Saylor is a true post player who knows how to score with his back to the basket.

“He brings great energy to the team, so I think he’s one of those players that you don’t really measure on his impact on the team necessarily on the statistics that he provides,” Davis said. “It’s more of making his team better and doing whatever is needed.”

Bringing out the best in his teammates is a regular occurrence for Saylor whether it’s on the court or on the bench. During Saylor’s freshman year, he was limited to nine games due to an injury.

The pain didn’t stop there. The following season Saylor had to sit out the first 13 games due to a shoulder injury.  Saylor even missed the entire 2010-11 season due to an injury.

“It made me appreciate (my) time on the court and realize, I guess the term that ‘nothing’s promised’ and to give it your all and leave everything out there, so when you are in the operating bed or recovering, you don’t think back on what you could’ve done more,” Saylor said. 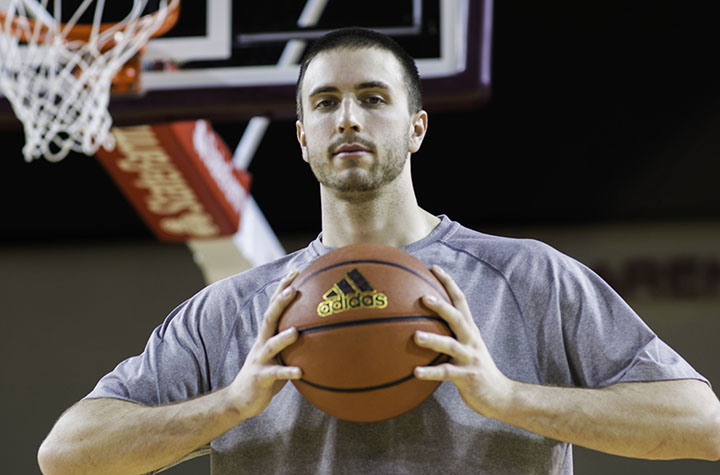 Saylor returned and got back into the swing of things during the 2011-2012 season, appearing in 20 games. Since that season he has off the bench and played whenever he was needed.

When Saylor isn’t playing, he’s supporting his teammates or providing them with guidance. Saylor said being a leader is something that comes natural due to his experience on the court.

Teammate and junior Austin Keel said the way Saylor deals with various issues helps him deal with things as well. Keel said Saylor tends to embrace everything about the season, from the practices to the travel.

“He’s more of a really good friend,” Keel said. “He’s really funny, fun to be around. There’s always something going on with him.”

As an undergrad, Saylor graduated with a degree for entrepreneurship in business administration. Saylor will graduate this May with a Master’s for Sports Administration.

Saylor said he hopes to work in the world of sports business for a company like Nike or Adidas. Eventually, he would like to make his way up to working in the front office of an NBA team one day.

Davis said throughout his two seasons with Central, he’s learned a lot from Saylor through the perseverance he’s shown. Davis said it would have been easy for Saylor to give up on his athletic dreams.

“Not only has he been able to work hard and continue, his attitude is unmatched on the team,” Davis said. “He has the best attitude. If I was building a team, that’s who I would want as a teammate. The guy that comes every day with a smile on his face and yet is going to work hard regardless whether he’s playing a lot, starting for us as he did for some stretch last year, or coming off injury and not playing at all.”

Despite his six years on Central’s campus, Saylor’s leisure time has been limited due to the busy schedule of a student-athlete. Saylor said sometimes he feels like he missed out on things because he’s spent a great amount of time on the court or on the road.

When that happens, Saylor asks himself ‘What else would you rather be doing?’ and remembers why he attends Central.

The willingness to stay committed to the game even with surgery after surgery wasn’t an easy one. Saylor said he definitely thought of giving basketball a break because of the combination of surgeries.

“I had my time away at one time in my career and I realized this is what I do,” Saylor said. “This is who I am. This is just what’s in my blood.”