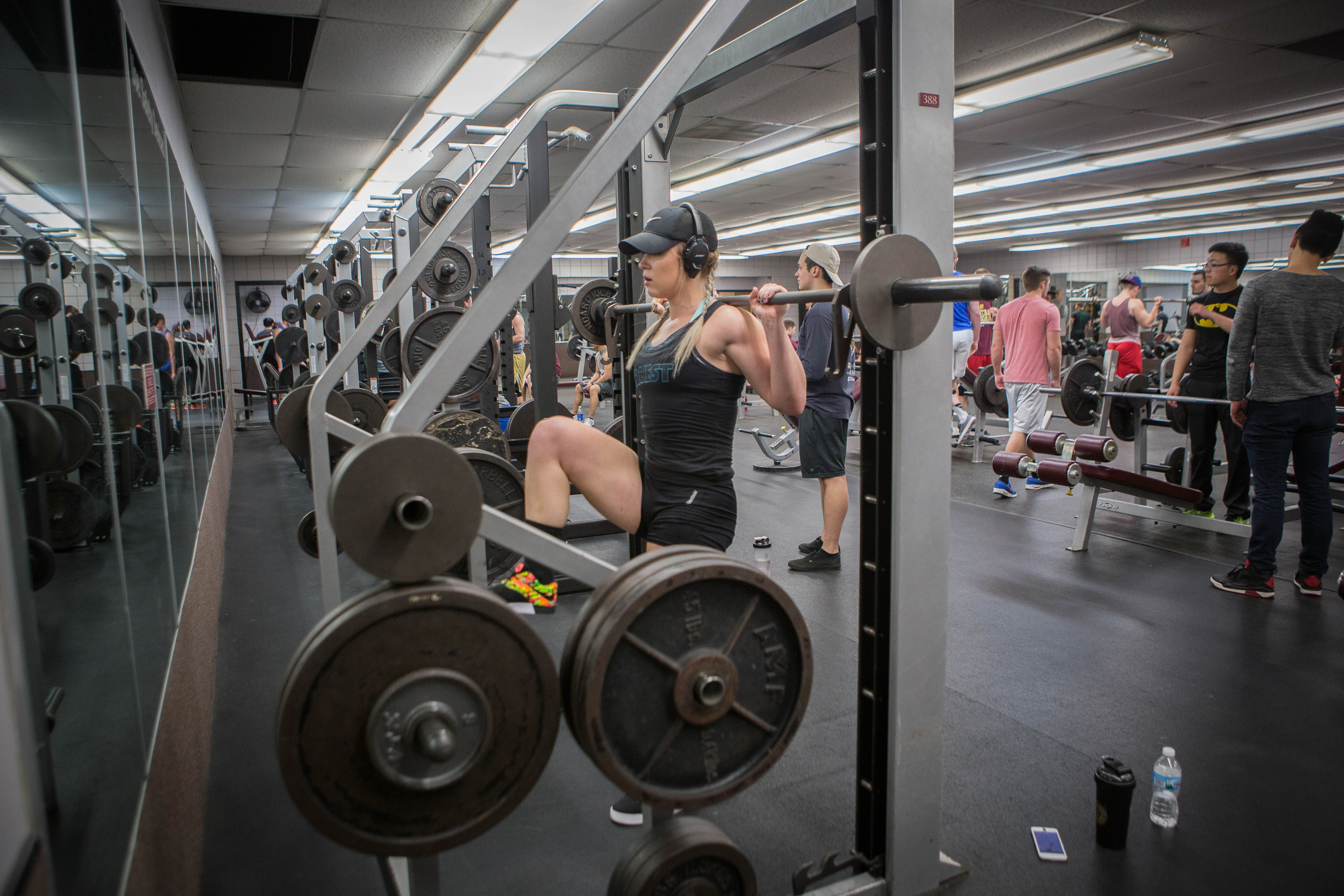 “I’ve religiously been a gym rat for the past three years and as cliché as this sounds, it made me the person I am today,” Stephanie Butch, a female body builder, said. “There is no better feeling that leaving all your energy, happiness and frustrations at the gym. It’s the one thing that I look forward to everyday.”

Butch, 21, is a junior at Central Michigan University. Butch attended Bad Axe High School where she was on the basketball, volleyball and softball teams. She also ran sprints in track when she wasn’t busy with softball.

The hardest part of coming to college for her was knowing she wasn’t going to be constantly playing a sport year round. She loved being able to have something in her life that pushed her, exhausted her, and she especially missed the highs that came to her during a game that was close in score and the feeling of winning.

As soon as Butch started going to the gym, she quickly realized that working out filled that void in her heart from no longer playing sports and she knew she had found her passion.

Butch knew Tess Jimkoski, a female that competed in National Physique Committee Bikini Competitions and NPC Bikini Competitions, and decided to reach out to her. Jimkoski became her coach and after two years of Jimkoski coaching her, they prepped for the same show together, the Michigan State Championships, held in June 2015.

The Michigan State Championships is the biggest show in Michigan and it was Butch’s first ever competition. She placed third in open and first in novice.

Butch is now in the middle of her junior year at CMU and has signed up for her second competition, which will take place in May of 2016 in Chicago.

“All the hours of hard work for five minutes on stage in an obnoxious tan and an overly priced jeweled bikini is what I live for,” Butch said.

Being a body builder is more than simply just hitting the gym and weight room every day. Butch meal preps every week, and she chose to give up a lot of the food she loved, including donuts, in order to have the outcome and lifestyle she wanted.

“Your sleeping schedule gets messed up because you’re hungry, school gets hard to concentrate on and your social life becomes a little non existent; but as soon as I stepped on stage for that first time, it was all worth it to me,” Butch said. “My lifestyle has led me to being unapologetic for self love towards myself. I don’t care about what other people think about me.”

Butch never misses a day at the gym. She doesn’t look towards anyone else but herself for inspiration. Butch says that there is nothing that ignites her fire more than improving herself.

On top of being a body builder, Butch is also a full time student at CMU and is majoring in dietetics.

“You can have all the supplements, every pair of Nikes, the best trainer and a top notch gym, but if you don’t have discipline and passion, you’re not going to get very far. That’s what keeps me going every single day, my discipline and passion. I love what I do. I love waking up when the rest of the world is sleeping to go do fasted cardio. I love spending my Friday nights at the bar, otherwise known as the squat rack.”

Photos and story by Sarah Muether