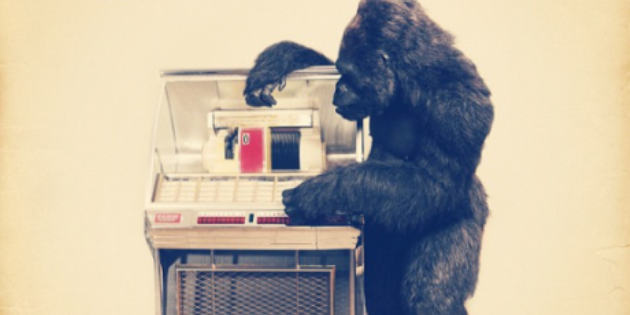 Being responsible for some of the most brain-dead, reprehensible songs to make their way to radio, it came as a surprise when Bruno Mars released “Locked Out Of Heaven.” The song is a jump-around post-punk anthem reminiscent of The Police. It remains one of the very best songs of the past year, and a breath of fresh air to mainstream radio. It’s really a wonder why a talented man like Mars put out a song as soulless and derivative as “The Lazy Song” when he is capable of so much more.

Naturally, “Unorthodox Jukebox,” like most major label records, is an inconsistent release, but it is hard to deny that it is a major step forward for Mars. Across 11 tracks, he experiments with a host of different genres, searching for some kind of musical identity. It doesn’t always work. At least he is trying new things, though, which is more that can be said for so many other artists on the radio.

The album starts off with “Young Girls,” a sunny but disposable pop anthem. It is one of the only songs on the album where Mars is not looking to the past; it is a totally modern pop song, and quite a disappointing opener. So, when “Locked Out of Heaven” kicks in right afterward with its propulsive drums, it comes as a satisfying jolt. This sequencing illustrates, quite plainly, what is wrong with Mars as an artist and this album as a whole. It seems that for every great song, there has to be an equally lame one.

After “Locked Out Of Heaven,” however, the Grammy-nominated artist doesn’t let up through the next few songs. “Gorilla” finds him channeling U2’s bombast and the filthily appealing songwriting of Prince’s. “Treasure,” has him strapping on his boogie shoes with a driving disco song creating one of the finest moments on the album. “Moonshine” continues the funk, and also proving that Mars can, once in a while, transcend his oft-juvenile lyrics and become a solid songwriter.

“When I Was Your Man” is a schmaltzy, nothing-special ballad that finds Mars trekking the same-old territory. Similarly, “Show Me” is an embarrassingly weak reggae track that really shouldn’t be on the record at all.

Shockingly enough, “Unorthodox Jukebox” concludes with two of its best songs. “Money Make Her Smile” is a 70s-style stadium rocker that has some of the album’s more appealing production work. It is a willfully strange song that finds him moving out of his comfort zone. “If I Knew” is a brief, but very earnest ode to innocence and is, quite possibly, the best songwriting and vocal performance Mars has under his belt.

But despite the highs, Bruno Mars really needs to find a voice of his own. This record finds him stepping up his songwriting, but he retreats back to his old ways far too often. It is hard to praise an album that feels so uneven. Once he finds that clear vision, he is entirely capable of putting out a great record.