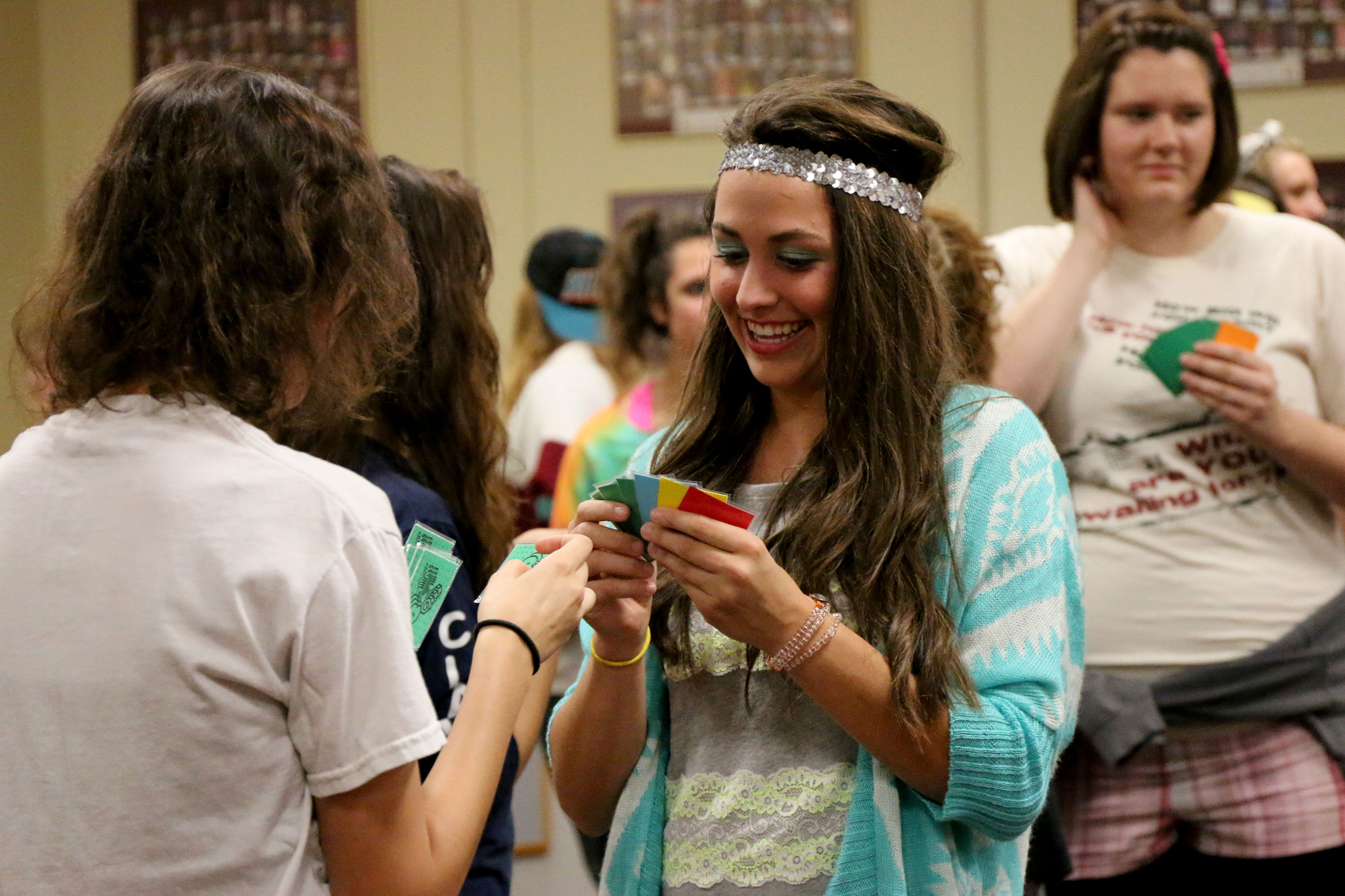 Week four of Alpha Leadership split participants into two different groups to create a culture simulation. The separate groups, named “alpha culture” and “beta culture,” had different ways of communication, rules and traditions – essentially creating a culture to live by for the duration of the game. Both groups had a goal of trading cards with other members to have a full set of cards, and when members of one culture visited the other, they used their skills to learn as much about the other culture as they could. 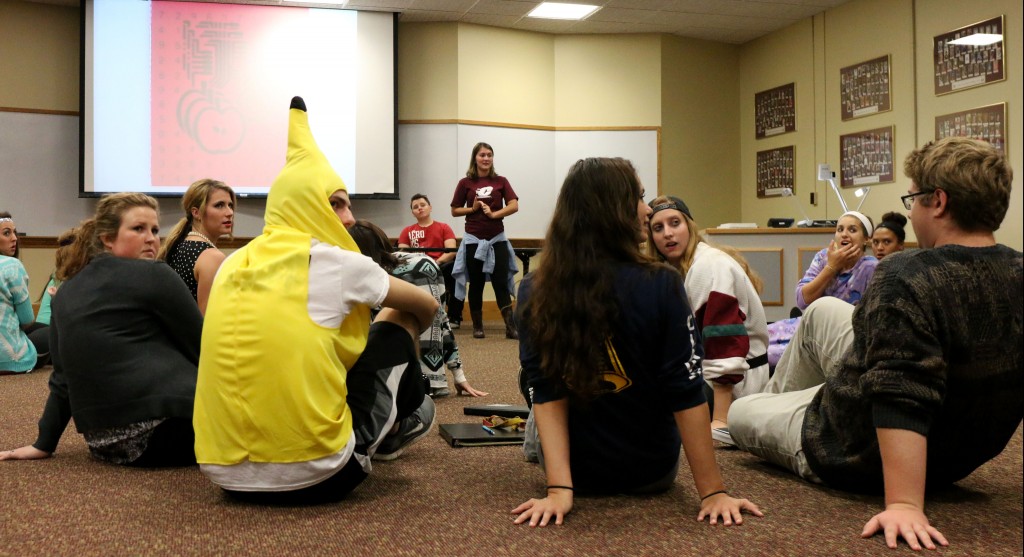