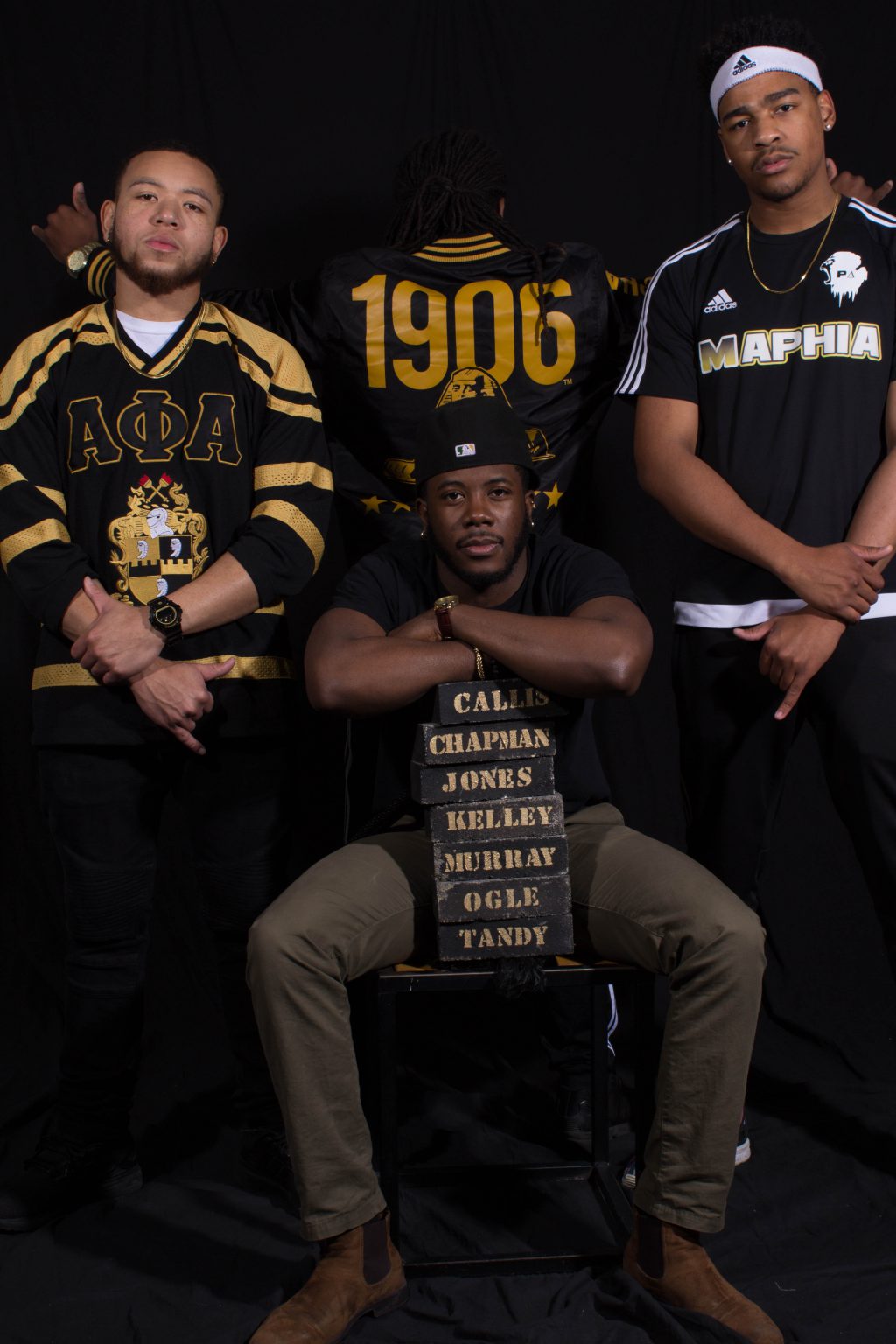 Story and Photos by Juliana Kampf

The fraternity was established to give shelter and support to minority groups who faced racial prejudice.

Alpha Phi Alpha has been at Central Michigan University since 1985 as the Rho Delta chapter. They’ve put on philantrophy events such as Alpha Phi Alpha Week – which includes a Mental Health Awareness seminar, a Financial Literacy seminar, and “Message to My Sister” as part of their annual monologue presentation which was created as a way to empower women – and the Black Resource Fair. Outside of campus the fraternity continues to help Michigan communities by giving water to families in Flint and organizing other charity-like events.

Outside of Alpha week, the fraternity’s other traditions include the bricks they carry inscribed with the names of the “Jewels,” the paddle adorned with their Greek letters, an established date in black and gold and step performance.

Seven members of the Rho Delta chapter met with Grand Central Magazine for a photoshoot to explore the culture, style and the traditions of Alpha Phi Alpha.