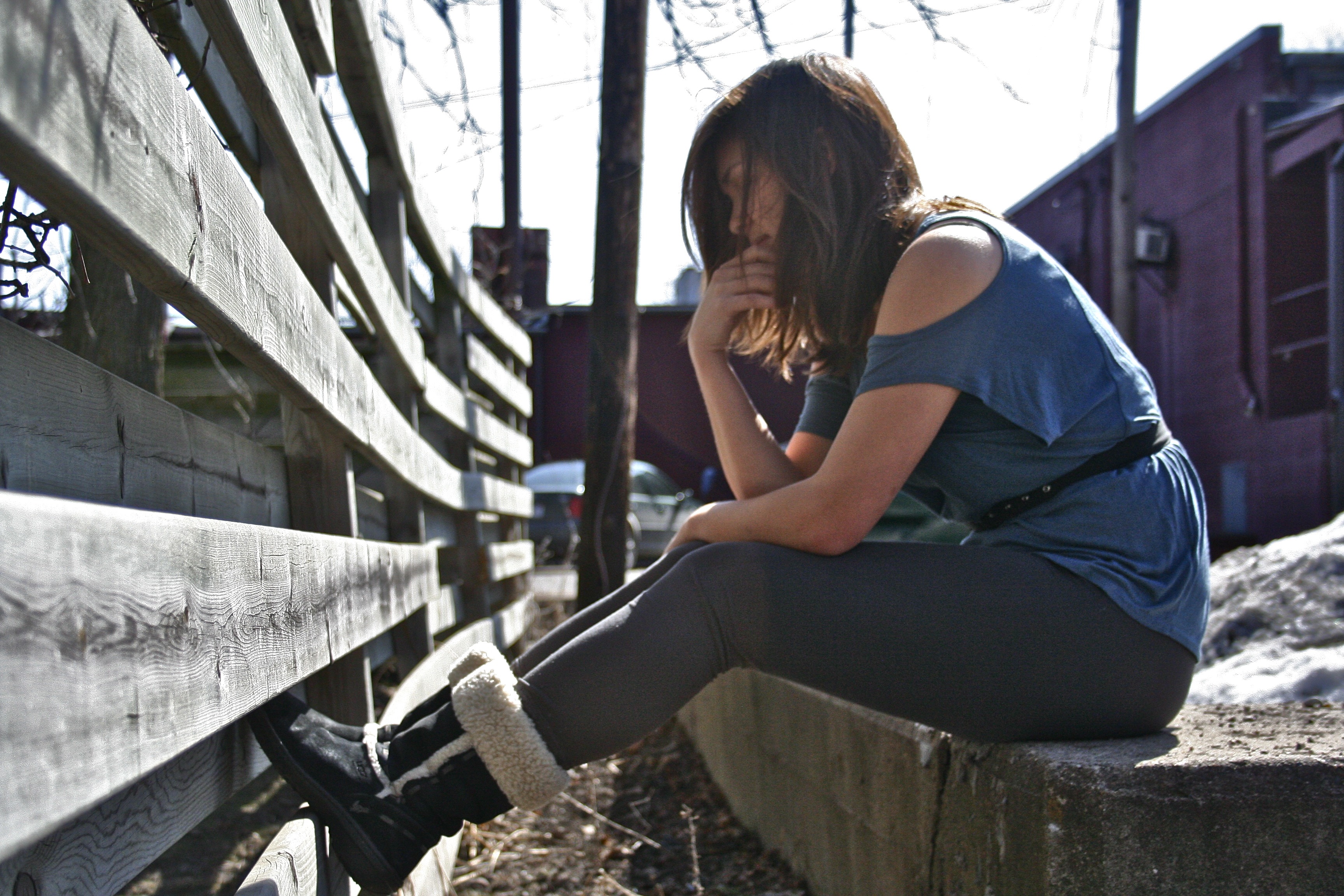 “I never want to have an album cover of me smiling, playing the piano,” she says. “When you attach an image to music, to a song, then it becomes the artist’s. It’s harder for the listener to connect.”

Creating the parallel between musician and listener is the motivation behind CHANO, the soulful, lyrical music that’s not quite classifiable or limited to one genre.

The Central Michigan University sophomore began writing what she describes as “stupid songs” in high school, searching for an aesthetic: a style to attach to her voice. The silly songs gradually metamorphosed into life experiences captured lyrically: CHANO was born.

The Bloomfield Hills, Mich. native never thought she’d be able to sing as beautifully as her mother; but the years of piano lessons that helped with reading sheet music, and the unabating support of her parents kept her writing, and singing.

The vocal statement of her music is palpable. Despite Chelsea’s lack of formal voice lessons, listening to the vocals behind CHANO is spellbinding, among other things. After having heard her sing, speaking with Chelsea one-on-one made me wonder how such a powerful voice could come from such a humble person. Much like the unexpectedness of her vocals, she later surprises me with her acuteness, and self-awareness that’s refreshing, and usually not yet found in a 19-year-old.

She jokes that she always thought great singers were solely those that ‘belted it out’– the “Mariah Careys of the world.”

“I didn’t appreciate the different styles, vocally, until I started listening to Ella Fitzgerald,” she says. “A good voice can be quiet and have the same kind of statement that a loud voice can make.”

According to Chelsea, CHANO has done a “complete 180 stylistically,” and it’s difficult to pinpoint influences or musical comparisons. Originally influenced by the vocal and lyrical likes of Sarah McLaughlin and Fiona Apple, her current instrumental mixture has brought a new style and feel to her music. It’s a “mix of genres.”

“Phoenix really influences us. Really cool beats, catchy lyrics,” she says. “I don’t know how to classify us.”

The “us” refers to the instrumental and writing collaboration behind CHANO, which includes Brian Kops, the drummer who also plays the piano, Curtis Kuipers, who develops his own bass part, and Brad Irvan the advisor of Moore Media Records (MMR) who provides input. MMR is the CMU student-run label Chelsea is signed with.

CHANO’s lyrics are purposefully ambiguous, and in Chelsea’s words, metaphorical. Listeners can take what they want from her words, which cover a range of topics– anything from love to spiritual experiences.

“You can’t own music,” she says. “You can write a song, but what people take from that song is something bigger than just lyrics.”

She explains that the writing and recording process is a team effort. Kops, in particular helps Chelsea form the chords she’s discovered or the lyrical idea she has into something legible– “the ball of clay.”

Chelsea showed Kops a few chords she found on the piano, and they shaped it into what she describes as one of her most personally moving songs.

“There are certain songs that speak to you deeper than you can express, and with singing especially, I’ve never felt a song so powerfully as this one,” she says.

When asked what the song is about, she laughs, and says it’s hard to explain.

“I think that usually when you throw the religion card out there, people get all uncomfortable because when you talk about beliefs, it’s probably the deepest part of any person,” she says.

The song is about her relationship with God and how he has pulled her back together.

“There are a few songs where you can feel what the artist is feeling, and that’s one of them.”

Chelsea explains that in order to write, she’s had to understand the complexity of language, whether through reading free verse poetry, or comprehending the use of connotation or onomatopoeia. She keeps syllables and flow in mind when she constructs her lyrics, saying that it helps to create what she wants the listener to feel.

And Chelsea doesn’t compromise. Her most played and perhaps, most catchy song, “Awake” has the lyrical, vocal and instrumental fervency of an artist with double her professional experience. A music video for the song was recently produced.

Chelsea expresses, with the utmost sincerity her respect for those majoring in Broadcast and Cinematic Arts, and her advisor at MMR–Brad. The music video for “Awake” took a month of a preplanning–the majority of it arranged by members of MMR.

“Video cinematography is planning every shot, every angle, every single transition, so it takes hours upon hours,” she says.

Those countless shots and angles were filmed in early March, all in Mount Pleasant; part in the Moore music room, Kaya Coffee House and the Deerfield Nature Preserve. With such a contrasting arrangement of locations, did the music video follow a story line? She assures that her vision followed through, if not more beautifully than she had expected.

“It’s about the metaphor that everyone has a relationship where they fall in love with the ‘idea’ of somebody, and then they find out that that’s not how it is,” she utters with a personable look in her eyes that says, “You know what I’m talking about.”

The concept is further conveyed through a mask that covers the face of the man in the video; a face the viewer doesn’t see until the end when Chelsea removes it, discovering there’s a face, and essentially, a person behind the mask.

More than happy with the finished product of the music video, she explains that its release won’t be until this fall, but the CD the song is featured on will debut April 16. The “most professional CD” she’s ever been a part of is a collaborative work of two of her songs, as well as each signed artist of Moore Media Records, which include Joe Hertler and Jetpack On, to name a few.

Her own CD, which she calls a collaborative work of her music, Brad’s input and Brian’s writing, is her first “official” CD. She gives a brief “Recording for Dummies” session, breaking down the recording process. She explains that every single instrument, vocal and harmony is recorded separately. Every song she writes begins as a rough draft that is delicately constructed in the studio, where together, they record their ideas – “rough ideas.”

“It’s constant writing that never stops until the CD is released,” she says.

CMU will unfortunately be losing Chelsea next fall to the Music Program at Western Michigan University, where she plans on studying composition.

“I don’t have any kind of musical training or music edge,” she confides. “Western has an extremely strong program. I want to learn the ins and outs of composing something larger than a song. You have to be flexible.”

Chelsea was previously majoring in psychology, a path chosen by many students, but one that she explains wasn’t right for her.

“I realized that nothing I could ever do would compare to music,” she says.

We had already delved into the typical questions associated with interviewing a recording artist: her inspirations, background, and lyrics. With such a captivating voice, and ambition, I couldn’t help but ask her something that may be touchy for someone going into a creative field. I drop the F-bomb.

“What is your goal with all this? Do you want to be famous someday?”

Despite my bluntness, Chelsea effuses the same amiable charm she’s maintained since the moment we hid in the back of the coffee shop, away from the murmuring chatters of customers.

She ponders for a moment, and leaves me—us with a final thought.

“I’d rather be poor, writing music, and be happy, than be wealthy doing something I’m not happy about at all.”