The No. 11 Central Michigan Chippewas wrestling squad took on the Eastern Michigan Eagles on Friday during Senior Night, looking for their sixth consecutive win.

One of the premier matchups in the duel featured Central’s Ben Bennett (18-0) taking on Khodar Hoballah (7-9) at the 184-pound weight class.

Bennett, a three-time All-American, has his eye on the ultimate prize to closeout an impressive career at Central and will be satisfied with nothing less than a national championship title. With just a month and a half of the season left, every match begins to grow more and more crucial. He currently holds an undefeated record in his senior year and ranks No. 2 in the nation via Intermat and Coaches Poll.

Last year, Bennett finished sixth at the NCAA tournament and gained All-American honors for the third time in his career. He has placed eighth once and sixth twice in the national tournament in his career and is set to partake in one last journey to the top of the podium.

“It has been my goal to be a national champion since I came to CMU,” Bennett said. “I knew that in order to reach the top of the podium I would have to improve technically and become more confident in my technique.”

Bennett attributes his success this season to the hard work he put in during the offseason, specifically his work on the neutral position. He also gives much of the credit to his partners in the practice room, who push him week in and week out.

Two years ago, Central wrestling coach Tom Borelli brought in Steve Dwyer as an assistant coach to help improve Bennett as an all-around wrestler. Dwyer was an All-American wrestler at Nebraska and wrestled Bennett several times in his career. Dwyer has been a valuable practice partner for Bennett with great size, strength and veteran experience.

“(Dwyer) gives me a great look in practice,” Bennett said. “I know that if I can consistently beat him in situations in practice, then I should be able to beat any wrestler in the country in those situations.”

With the NCAA tournament just around the corner, Bennett focuses on handling everything one match at a time. He believes that gaining momentum going into the tournament has its advantages, but it is not the most important thing.

Bennett will take a similar approach when it comes to mental preparation, if and when he reaches the national finals match.

“I would just treat it like any other match in my career,” Bennett said. “I wouldn’t want to change anything that got me to this point. I would get a good warm-up in, listen to some music and then wrestle.” 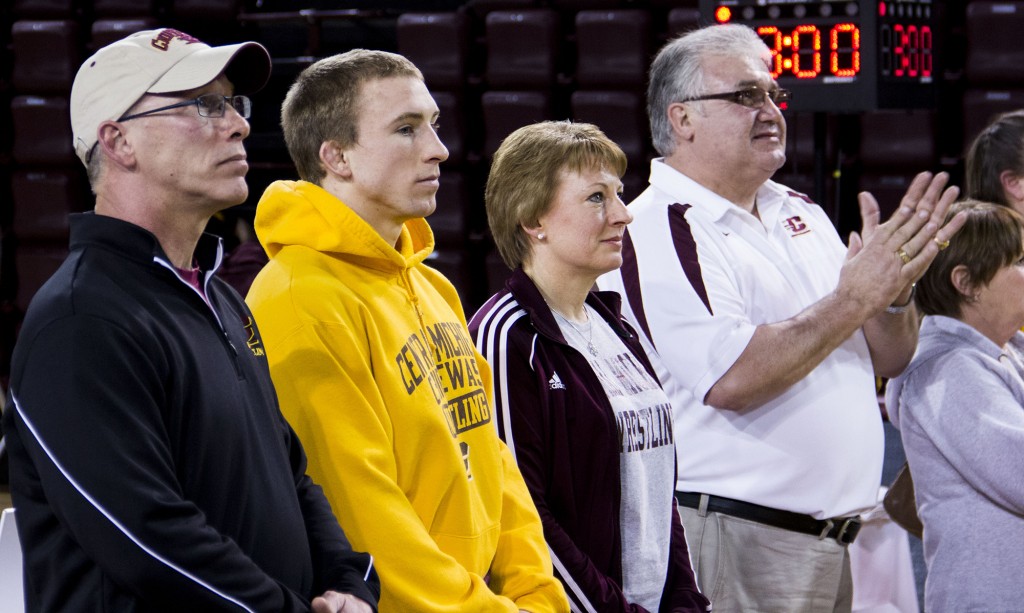 Senior Ben Bennett stands in the middle of his parents as each of the CMU senior wrestlers are celebrated Friday night at McGuirk Arena. (Neil Barris | GCmag) 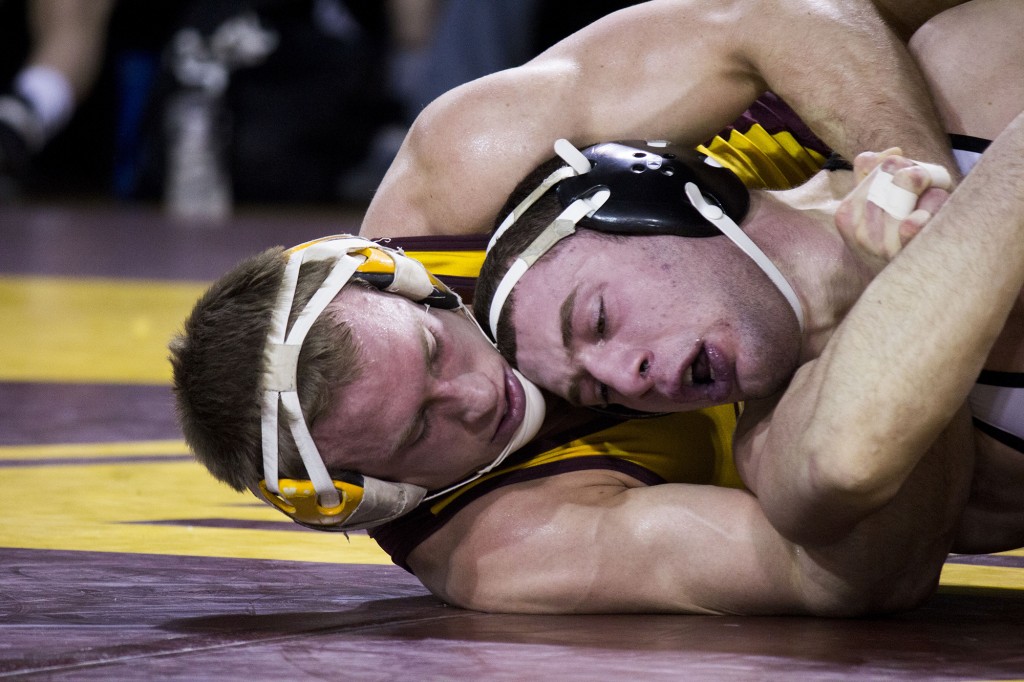 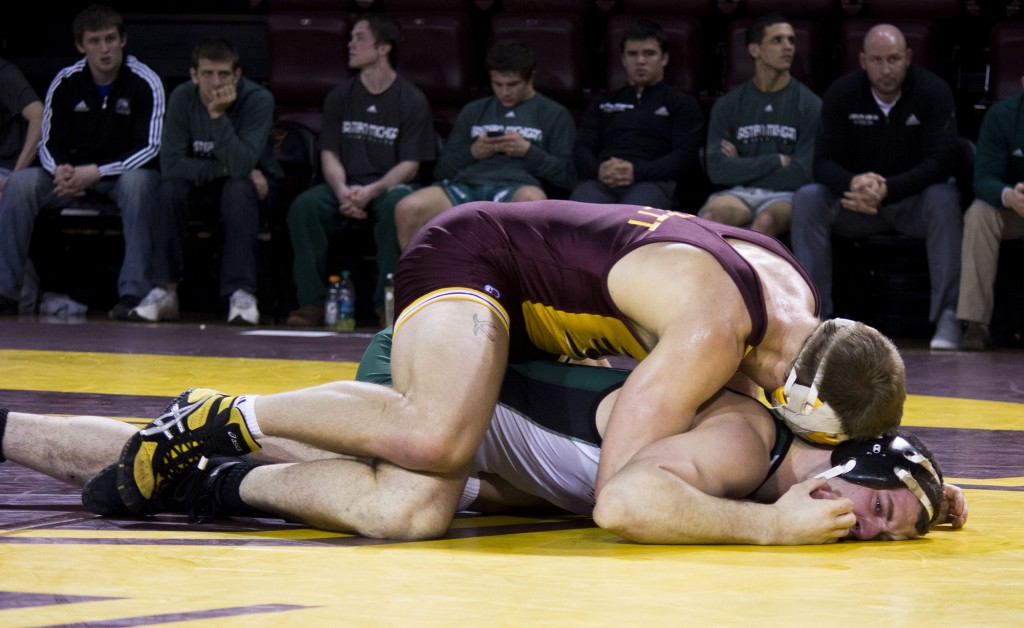