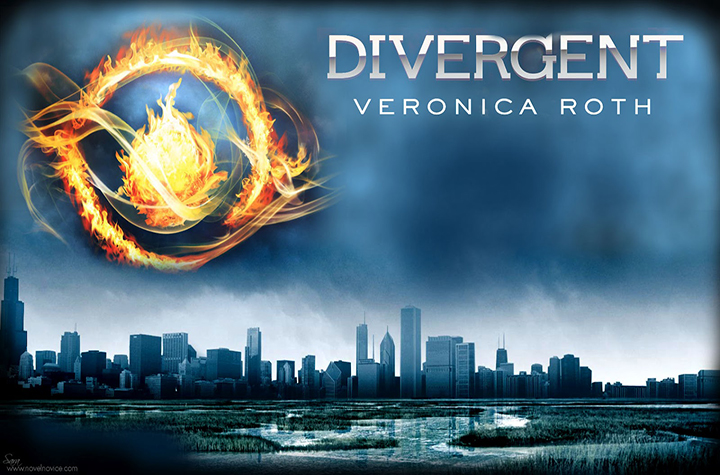 “Divergent” is a young adult action/adventure novel written by Veronica Roth about a dystopian society set in present-day Chicago. The city was divided up into five sections or “factions,” based on certain ideas or values that each share. This book is about Beatrice Prior, a 16 year–old who was born into Abnegation.

Abnegation is the faction of selflessness; they believe that helping others before them is the most important quality. The members of Abnegation view vanity as a negative trait, so they wear grey clothing with trimmed hair for men and hair tied in a bun for women. Since the members of Abnegation put others first, they are the best choice of leaders for the city.

Amity believe in peace and prosperity; helping those who need it. They are an essential faction, supplying the entire city with food they grow themselves and energy they harvest from the sun. Erudite value knowledge above all else and are at the forefront when it comes to creating new technologies and medication. Candor is a faction that values honesty in humans. Their philosophy is they would rather be told the truth then lied to, and vise versa.

Finally, there is the Dauntless faction, protectors of the city boundary, who value bravery above all else and view those who let their fears control them as weak.

Each year, every 16 year–old must take an aptitude test to help them decide which faction they would like to choose. They can either choose to stay in the faction that they were born into, or choose a new faction where they must leave their families and never be able to see them again.

This series is broken into three books, with “Divergent” being the first book, “Insurgent” being the second, and “Allegiant” being the third and final book. “Allegiant” was released this past month to rave reviews after the first two books ended up on the New York Time’s Bestseller’s List. The third book will surely be on the list very soon, too.

One of the major themes of this book is the stress many young adults face when they leave their families to start a life on their own. This is something that many of us can relate to because we made the chose to leave home for a long period of time to pursue secondary education.

Identity is another one found in the series, as some face an identity crisis moving into their new factions. They are thrown into a whole new environment and can feel alone not being around their familiar surrounding. Again, this is something many university students can identify with because when we move into a more diverse setting, our views on how we look at the world can change. One might have a realization about themselves they otherwise wouldn’t have had. That is the human experience; having the chance to change oneself by seeing the world and meeting all sorts of different people.

That is what these books, in many ways, share with the readers; you can come from a place where you have had certain values instilled into you and when you move away or leave, you might change your whole perspective on those very values that you thought were the only answer.

Overall, this is a great series to read, especially if you like dystopian genre of books. It is also such an easy read; the font is a bit larger than normal printed text and double-spaced. The books may be a couple of hundred pages long but due to their simplicity, you probably won’t notice or want to put the book down.

I listened to the “Divergent” series on Audible, which is a great audio book website powered through Amazon.com. If you a go to their website, you can get a free 30-day trial and as an added bonus, you get your first book for free.