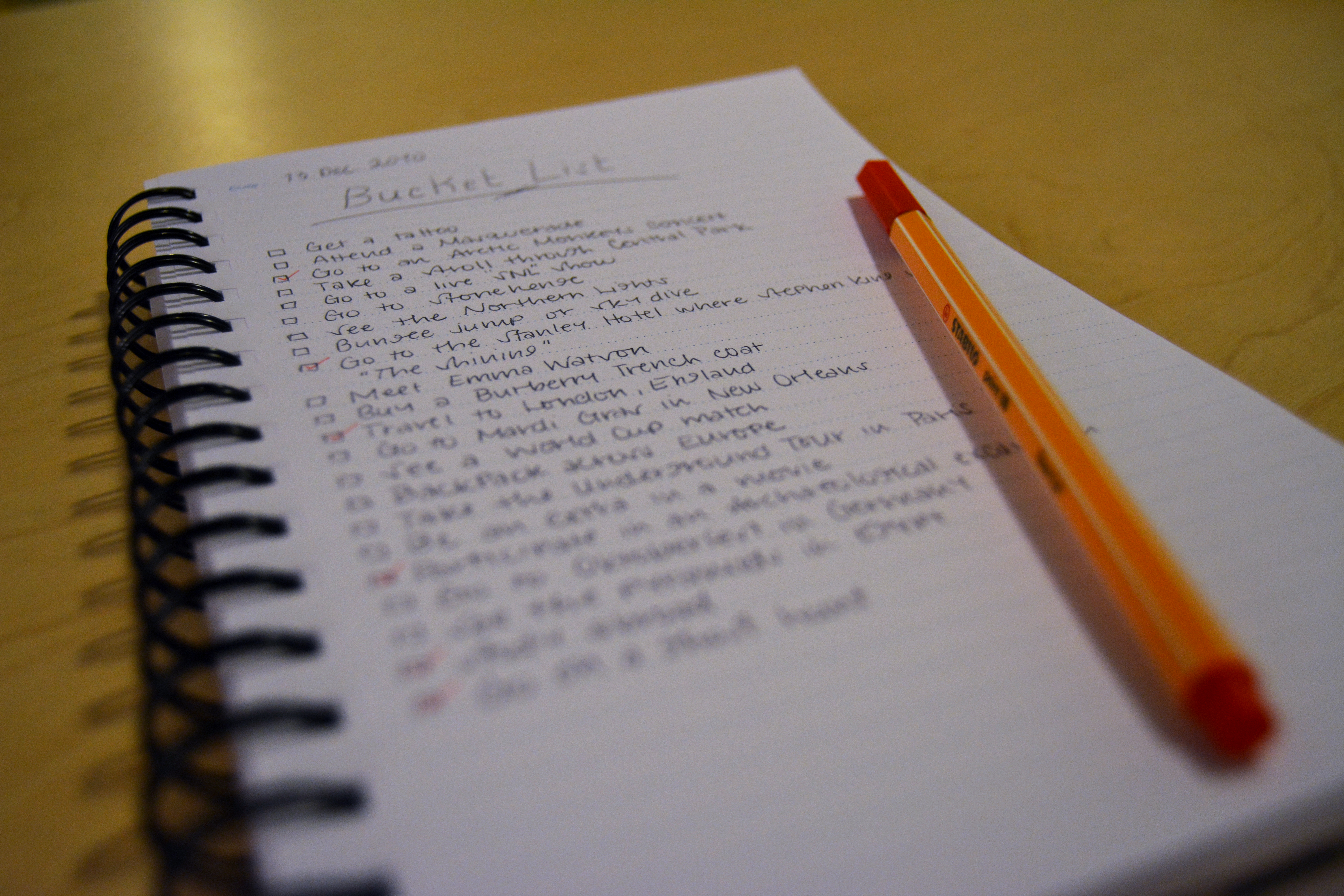 From sky diving to bungee jumping, to exploring unknown species of the Great Barrier Reef, our wildest adventures can seem impossible to achieve. In some way, shape or form, we are constantly reminded that life is shorter than we think, which makes it overwhelming to think about crossing things off our bucket lists.

Because we are curious in nature, we will always want to do something that isn’t achievable in our everyday lives. Thanks in part to the 2007 movie “The Bucket List” with Morgan Freeman, the idea of doing the things we have always wanted to do has become a big part of our society.

For instance, the fantasy a DogTown longboard fanatic may have of cruising down the streets of Venice while catching wind in their hair may seem crazy to those who are not familiar, but to the hard core Jay Adams fan, this is a dream waiting to happen.

For those who are more spontaneous in nature, it is understandable why bucket lists are not viewed as “cool.” Planning your life appears dramatic. Sitting down and planning out future trips and adventures? Boring.

Even if it is not written down on paper and tucked away in a book or nightstand, the thought of courageously jumping from a bridge or surfing in Hawaii while at a beach in Honolulu is something most do not get to partake in everyday. Contrary to popular belief, there is no such thing as just doing it – we tend to think about our actions before completing them, which is what many consider when finalizing their bucket lists.

The “I always wanted to try…” speech people tend to muster up before completing an action is similar to writing “Bucket List” in big block letters on the top of a page. With this, it is safe to say that those who are truly spontaneous have a bucket list.

For those who love to plan every single minute of their lives but don’t think a bucket list is worth their time, think of it this way: Bucket lists are essentially the same as to-do lists – you know, those things we set to get through the last semester of college or motivation to study for that class that bores you to death.

The difference between to-do lists and bucket lists is the content. To-do lists tend to be the things you want to accomplish professionally, while bucket lists are the outrageous things you long to do before heading over to the “other side.”

Since both are intended to be done before our final breath, why is one ridiculed more than the other, especially since having a bucket list is a chance to get the thrill out of life? It’s amazing to know what you want to do with your life and set goals around it, but there’s more to life than just working.

Nature did not transform itself into the beautiful mountainous peaks of the West and the tranquility of the Niagara Falls for us to wait around and never explore it. The creations that surround us were meant to be enjoyed and the curiosity that fills our minds and pumps our hearts full of adrenaline were meant to be acted on.

Bucket lists are not for the dying – they are for the living. Just ask yourself, are you living life to the fullest?