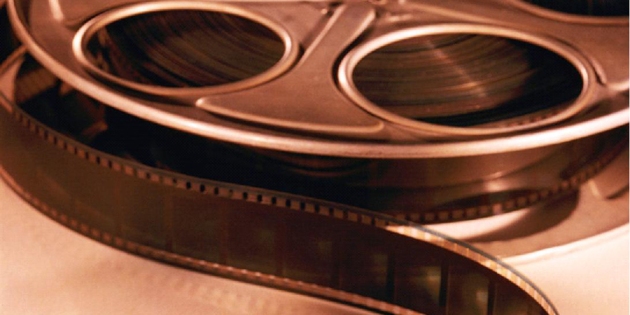 Among a so far outstanding awards season, a Grand Central Magazine reviewer gives the most anticipated (both commercial and independent) releases of 2013. From superhero epics to the viscerally astounding, this upcoming cinematic year holds a punch with releases from greats like Korine and Snyder.

Spring Breakers-It is incomprehensible why Harmony Korine isn’t put on the forefront of American directors. He is in a handful of master-class filmmakers that truly understand the possibilities of film as a medium to convey personal thoughts and ideas and he has never once sacrificed his vision. That is why “Spring Breakers” will likely be playing in a nearby multiplex and could very well be the movie event of the year. Starring James Franco, Selena Gomez, Vanessa Hudgens and Gucci Mane, the film focuses on a group of girls that descend into a life of crime during their vacation. With a trailer now available, the movie looks like it is going to be truly beautiful, saturated in neon colors that mimic the bright and beautiful spectacle of spring break. It promises to be a wild, totally visceral and thrilling experience.

To The Wonder-In a very strange move from Terrence Malick, his new film, “To The Wonder,” is coming out just two years after his last movie, “The Tree of Life.” Though this is uncharacteristically quick for the director, it is not any reason to complain. During his decades-long career (his first feature was 1973’s “Badlands”), Malick has directed only five feature films and each one of them is a full-blown masterpiece. As he gets more disconnected from the prospect of a traditional plot, he becomes more divisive to audiences. Surely enough, “To The Wonder” is receiving boos at festivals; prospective audiences shouldn’t let that discourage, however. Malick is a visionary cinematic painter, capable of producing true works of beauty while retaining emotional resonance. Judging by the trailer, “To The Wonder” should be another impressive addition to an already masterful career.

Mud -Jeff Nichols’ follow-up to one of the best films of 2011, “Take Shelter”, should be included on the a must-watch list for this year. “Mud,” starring another criminally underrated and accomplished dramatic actor, Matthew McConaughey, is about two young boys in Mississippi who meet a man, Mud, and have an ensuing adventure involving bounty hunters and lovers on the run. Nichols can conjure up sparse Americana with a directorial force rarely seen since the character-driven ’70s films. He is a majorly talented director who has an eye for actors adequate enough to carry out his grand visions. It looks like McConaughey is the man this time, and there is little doubt of what the two are capable of. Let’s hope it delivers.

Leviathan –It seems funny that “Leviathan” is often described as a documentary on the “commercial fishing industry” when the four-minute clip released from the film is one of the most unnerving and strangely alien videos to surface on the internet in a long time. Made by  two filmmakers from Harvard’s Sensory Ethnographic Lab, Lucien Castaing-Taylor and Véréna Paravel craft the film to appear like a purely, well, sensory experience, stripping cinema to its barest roots and finding something fiercely, utterly primal. The clip alone is a harsh aural and visual experience, disorienting, raw and probably unlike anything out there right now. Stretched to feature-length, it could prove to be an overwhelming and unmissable experience.

Frances Ha -Director Noah Baumbach has been quiet since the release of “Greenberg” back in 2010, so it is a relief to see him back with a brand new film. His new one, “Frances Ha,” is shot in black and white and set in New York City, a backdrop for so many classic indie films. Baumbach is a refreshing revivalist, giving audiences characters to care about and direction that hearkens the golden age of underground film making  Any time he comes out with something, it is a cause for celebration. It also helps that “Frances Ha” is receiving raves along the festival circuit. Look out for this one.

Man of Steel – The first movie about Superman since “Superman Returns,” Zack Snyder’s “Man of Steel” already seems extremely promising. Snyder remains a woefully misunderstood director and in his hands, this could be miles more successful than many other thriving superhero films. Snyder can often be a dark director like Nolan, but carries none of the pomposity and politics of the Batman director. He knows how to beautifully construct CGI slo-mo to hypnotic and beautiful effect and is an expert at crafting exciting action set-pieces. The trailer suggests a sort of superhero tone-poem, equal parts thoughtful and heady. It also has a great actor, Michael Shannon, playing the villain. Audiences looking for a superhero fix will want to watch “Man of Steel.”

Sightseers -Ben Wheatley stunned audiences last year with “Kill List,” a genre mish-mash that thrilled, frightened and divided audiences with its shocking violence. It was also one of the most exciting and best films of the year, and it instantly announced an immense directorial talent. So, naturally, his next film “Sightseers” is the must-see British film release of 2013. Supposedly, it is much funnier, though almost equally as dark and disturbing, as “Kill List.” A very good thing, indeed.