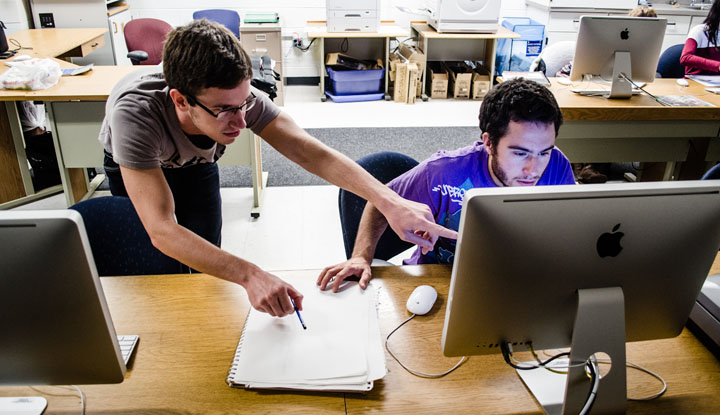 No two students will have the same collegiate experience. Each have their own idea of what college should be, but there is one thing all students can relate to and that is the often boring, sometimes awkward, classroom experience.

Whether you’re a business major, a student athlete or active in Greek life, the classroom is the one place you feel part of one common group. For 50 minutes you’re just a student, like everyone else, who’s expected to listen and participate.

It’s never that simple, is it? Inevitably, you’ll encounter these eight types of students who make class unbearable:

There’s always one. No matter the topic, this person always has something to say. They have mistakenly assumed they’ve built a certain rapport with the professor and no longer need to raise their hand before spouting off. This person often comments whenever they feel, not even waiting for a lull. They make jokes that include puns, only to laugh at them alone.

This person, much like the teacher’s pet, will always speak out loud whenever they feel it necessary because they are closer in age to the instructor. The only perk to having this type of student in the classroom is that they consistently provide endless entertainment in an often-dull environment.

If this is your first rodeo, you’ll make the mistake of bringing several pens or pencils to class, but if you’re smart, you’ll bring exactly one writing utensil to class so you won’t feel guilty about not helping someone in need. Leah Castile, a graduate student, has had experiences with the pencil thief.

“The pen/pencil thief … even if you wanted it back due to their seemingly oral fixation, they’ve already coated your writing utensil in saliva, bit the erasers off or have chewed your pen cap to death,” she said.

They never come to class, and you do. Therefore you will be ignoring those mass class emails from a certain someone desperately looking for notes and the answers to a study guide. If you’re the nice one who wants to help a classmate out, you might want to reconsider. You’ll spend the remainder of the semester responding to emails and let’s just admit it: You’re being used.

The girl who always complains

It pains me to say it, but there is always a girl in each class who is very vocal about her concerns. Instead of speaking with the professor individually, she often takes up class time to be rude and demanding. The most frustrating part about this girl is that she receives good grades and is still fishing for more points.

Upon receiving a paper or test back, she will raise her hand and ask questions that are most certainly not general.  She is not to be confused with a teacher’s pet because she secretly hates the teacher. You can find her rolling her eyes, saying “ummm” sarcastically, talking to people during class so you can’t hear what you need to write down. She is generally uninterested in what anyone else has to say besides herself.

“(The Snacker) thinks lecture hall is a cafeteria,” senior Alexandra Diebel said. “Not only does he bring in the noisiest snack, (such as) apples, chips, anything crunchy but sometimes he has the audacity to bring in something with a smell like tuna and crackers. It’s sick and unnecessary.”

People who long board aren’t too bad, they seem like cool people, but when they bring their obnoxiously sized long board into the classroom, that’s where we draw the line. Why are they walking down the hall with a 4-foot long board? Why do they place their long board right next to the door where people are bound to trip on it?

The one that overshares

This type of person can be one of three types of people: emotional, cynical or technical.

Emotional: During group activities this person shares something about themselves. They talk about their baby, cheating boyfriend, how they watch the evening news with their grandma while eating a TV dinner. Either way, you know the intimate details about their life and wish you didn’t.

Cynical: When the instructor asks for feedback, this person responds by talking about things they still haven’t gotten over like their summer job at McDonald’s, that time they couldn’t find a seat on the bus, anything having to do with cops. This person isn’t trying to get on anyone’s nerves, he or she just needs someone to talk to about their issues.

Technical: Instead of using their laptop for notes, they’re on Facebook and because you are bored, you’re creeping on their page to see what they’re chatting about.

There are very few things in life that foster one shared experience but when it comes to meeting students like these, we’re all in this together.

Do you have classmates that are unbearable? Tweet Grand Central Magazine at @gcmagcmu