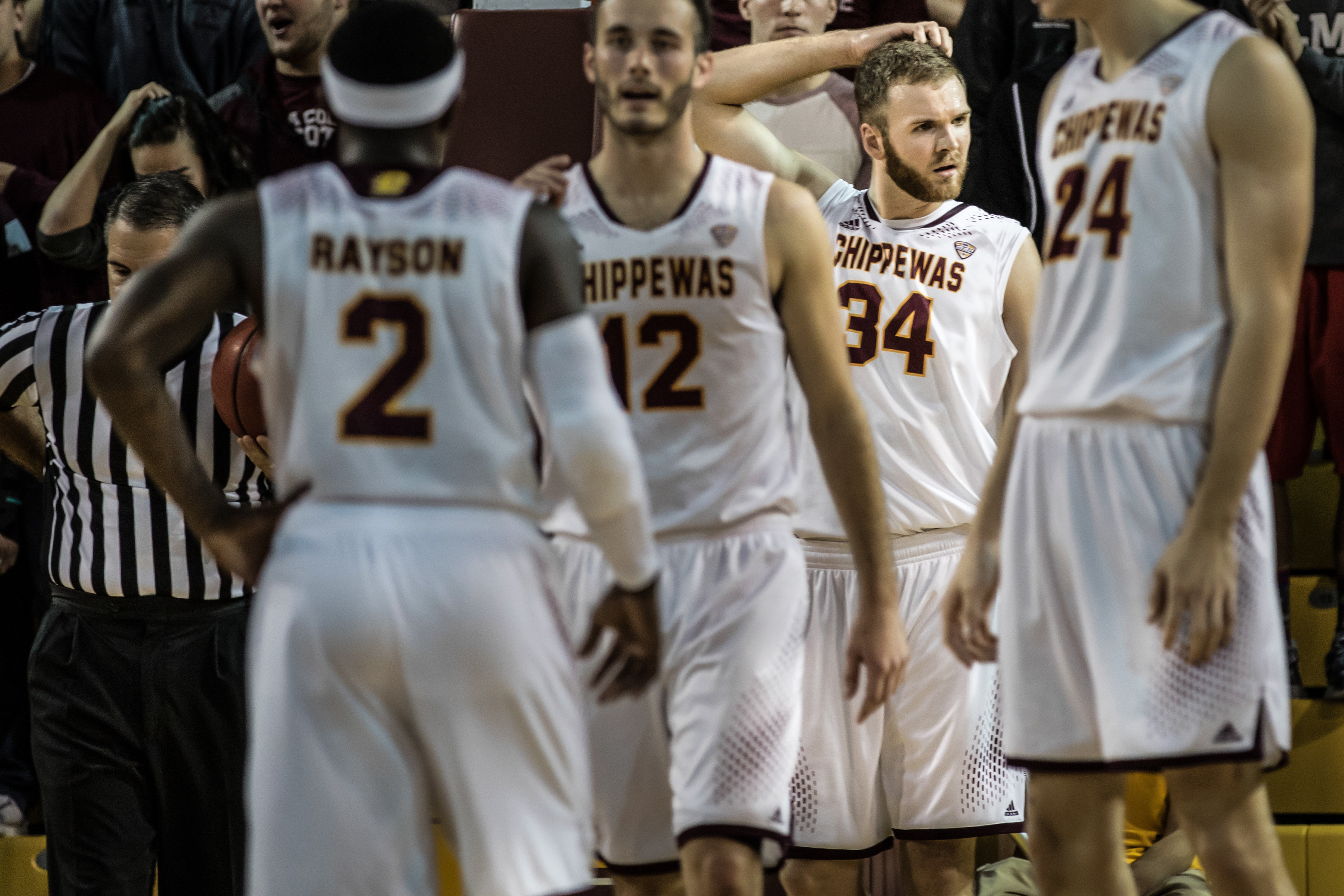 Despite their recent struggles, the Central Michigan University men’s basketball team has a lot to look forward to this season.

Coming off of three consecutive losses in the Gulf Coast Showcase in Florida, the Chippewas have a chance to get things moving in the right direction quickly, facing McNeese State and Grand Canyon this week.

Although CMU was winless during their trip to the Sunshine State, not all was lost. The team was able to keep all of their contests close without star point guard Chris Fowler, who is out with an injury. The team has replaced his production with a point-guard-by-committee approach, featuring Braylon Rayson and Rayshawn Simmons.

Both guards have increased their output in multiple categories from last season in Fowler’s absence. Each of them ranks first or second in the team’s scoring, assists and steals thus far, highlighted by their opening night performance against Jacksonville State when the two exploded for 58 points.

When Fowler is able to return to action, the Chippewas will have three guards capable of handling the ball and putting points on the board. This three-headed monster will be able to lead the fast-paced CMU offense to many victories.

This roster is loaded with veteran influence and talent, with five seniors and all of their starters from last season. Based off the history of the NCAA Tournament, mid-majors loaded with veterans are known to pull off some remarkable upsets when March Madness rolls around.

The schedule for CMU is also in their favor, as they still have plenty of time to right the ship before they get into MAC play.

Out of the eight games remaining before league play opens up, CMU is likely to be favored in all of their matchups except for Brigham Young University. If the team is able to perform up to potential and have Fowler return from injury soon, they have good odds of putting together a favorable record before the New Year.

CMU is also the top team in the Mid-American Conference, which means they will likely be favored in most of their conference matchups as well. This roster is more experienced than most, if not all others in the MAC, which will serve them well when they go on the road to defend their MAC regular season title.