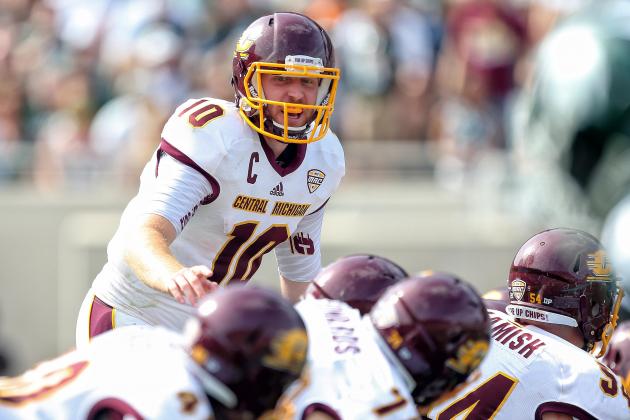 The Central Michigan University Chippewas fell short of victory Monday at Ford Field in Detroit to the University of Minnesota Golden Gophers, 21-14, in the 2nd Annual Quick Lane Bowl.

The game started with a 38-yard-run for UM and was stopped by CMU at third-and-6. A short field goal gave the lead to UM with a 22-yard kick.

After CMU was stopped twice at the 1-yard line, the first quarter ended with CMU at third and goal, down 3-0 to UM.

Throughout the next three quarters, CMU kept a tight defense and their offense was persistent in gaining numerous first-downs.

Though the Chippewas kept the game highly competitive, an interception late in the game sealed their fate and the Golden Gophers came out on top.

The Golden Gophers were one of three teams with a record of 5-7 to qualify for a bowl game in 2015.

The Chippewas lost three games early in the season to Oklahoma State, Syracuse and Michigan State.

Junior quarter back Cooper Rush led the team as they battled back. Losing to Toledo at home late in the season stifled the Chippewas’ hopes of reaching the MAC title game.

“Our goal is to win championships, not to just qualify to win, but win,” said first-year head coach John Bonamego. “We need to make ourselves familiar with Ford Field. We intend to be back in the very near future.”

Leidner is a quarterback running five scores during the regular season. Leidener aims for receiver KJ Maye, who caught 48 passes in the Gophers’ first eight games.

“It was a challenge,” Rush said. “They played well and so did we.”

CMU senior safety Kavon Frazier and the secondary said the “throwing the first punch,” is what sets the Chippewa’s apart.

“Our motto is to throw the first punch,” Frazier said. “We have to get a couple of good hits as soon as we start. We know they’re in the Big Ten, they’ll hold that against us.”

Rush had one of the best seasons of any CMU quarterback. He threw for 3,703 yards this year, the 11th most of any quarterback in the country. Rush is able to throw the ball around, hauling in more than 500 yards receiving this year alone.

Frazier has played in his third bowl game in four seasons.

“It’s a blessing to say I’ve played in three bowl games,” Frazier said. “That’s why we all have to be fired up, we’re in Detroit so this is kind of another home game.”

The Chippewas are 6-23 all-time against the Big Ten. CMU has beaten a Big Ten team two of the last three seasons.