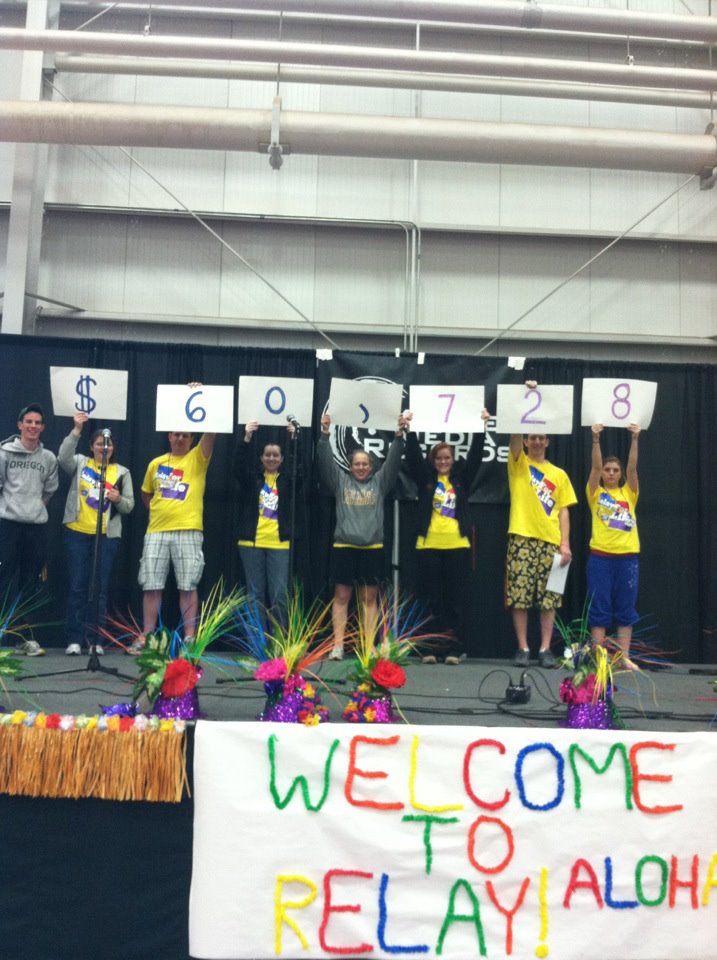 Despite differences in culture, beliefs and backgrounds, CMU students and members of the Mount Pleasant community gathered at 11 a.m. on April 21 in honor of one purpose: Celebrating birthdays and fighting cancer.

One of Relay for Life’s self-proclaimed missions is to celebrate more birthdays by fighting cancer through research and awareness and keeping more people alive. This year, 73 teams camped out in the Indoor Athletic Center (IAC) for 24 hours in hopes of making a difference. It was hosted by the American Cancer Society.

Raising more than $4,000, Larzelere Hall was one of the top contenders for the event.

Larzelere hall team captain Mackenzie Guest has been involved with Relay for Life for more than 10 years and decided to have her residence hall get involved. She went door to door to build a strong team to represent the hall.

“I am very passionate about Relay for Life. It’s a great way to connect with other people who have dealt with cancer,” Guest said. “In one way or another everyone has been affected by cancer.”

The event is a way to raise awareness and funds to find a cure for cancer but also to let people know that they are not alone in their experiences with cancer.

During the event, teams come up with creative ways to keep energy high in order to keep team members up for the entire 24 hours. From food, games, crafts and music, members of the Larzelere team stayed energetic and found motivation through one another.

Mallory Slate, president of Relay for Life at CMU, was thrilled at the turnout during this year’s event.

“This year has been absolutely amazing. I am so proud of each team and all the hard work they’ve put in,” Slate said.

“Finding a cure for cancer should make everyone want to come out and donate,” Slate said.