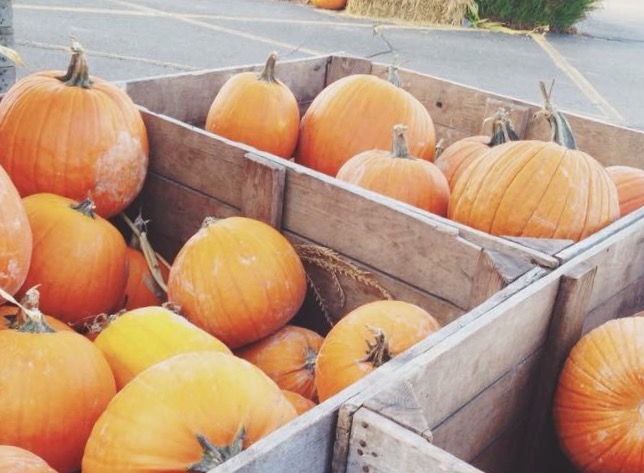 We talked pumpkin spice lattes, football games and Papa’s Pumpkin Patch with Central Michigan University students to find the best activities for fall. What better way to ring in the new season than by trying out some suggestions by your fellow Chippewas?

Capture Beauty in Nature through Photos
Freshman Bianca Jenkins, 18, from Coopersville, MI is a photographer, so using her camera to capture the beauty of the leaves falling and changing colors is something she enjoys very much. She recommends taking time to enjoy the beauty of the season. Another one of her favorite things about this season is getting a cup of coffee from Starbucks on her way to classes.

It’s Time for Pumpkin  – Everything
Jenkins isn’t the only one who enjoys drinking Starbucks Coffee during this time of year. Junior Kara Schluckbier, from Reese, MI, enjoys the pumpkin spice latte for her favorite fall-time tradition. Coffee is a major part of Schluckbier’s daily morning routine, so she waits in anticipation for fall flavors.

One of her favorite places to visit during the fall is Papa’s Pumpkin Patch, located right here in Mount Pleasant. Schluckbier loves going on the hayrides there and drinking their apple cider.

Our poll also showed CMU football games and tailgates were the most popular fall activity, with 45 percent of people who took the poll selecting it as their favorite.

His favorite place to watch college football is in the student section at Kelly/Shorts Stadium, but when CMU has away games he settles for watching them on the TV.

Watching CMU football is one of Angela Harrington’s favorite fall traditions as well. Harrington, a senior at CMU, has a blast attending CMU home football games, but also looks forward to visiting Uncle John’s Cider Mill during this time of the year. Her favorite thing about Uncle John’s is the donuts. She has visited Uncle John’s every year since she was a freshman.

Did we miss some of your favorite fall activities? Let us know!