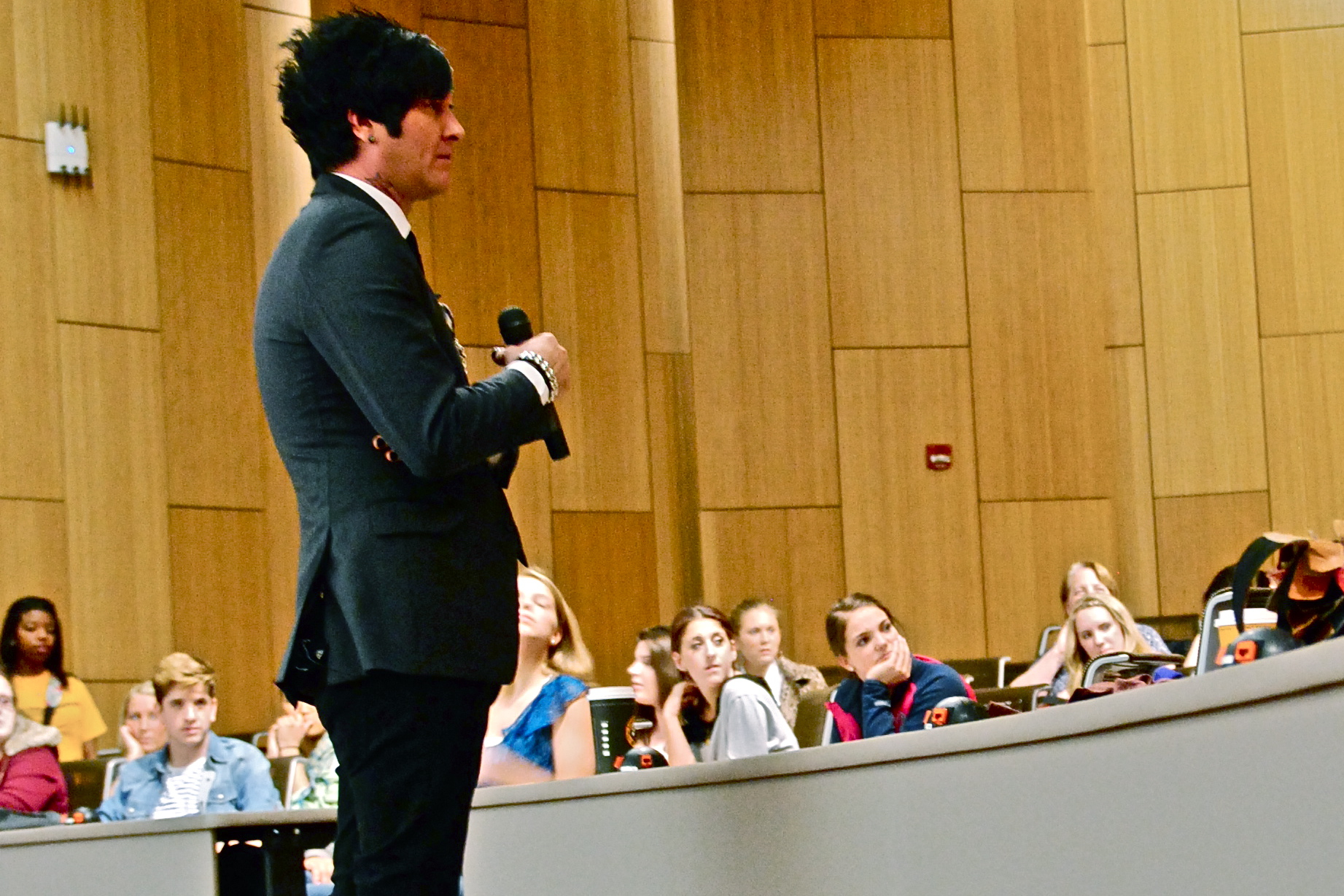 Season seven winner of Project Runway and self proclaimed designer, Seth Aaron, shared his fashion knowledge with a group of Central Michigan University students on Thursday.

Aaron was a definite crowd pleaser as he talked about his growing career as a fashion designer and his experience on the hit reality show.

Ten years ago, Aaron picked up his first sewing machine and discovered his true passion for design. Completely self-taught, he started to produce his own pieces in a unique way.

Aaron would take a vintage Prada dress, turn it inside out and make it into his own creation.

“Those clothes should be just as beautiful inside out,” Aaron said.

Aaron’s speech soon turned into a Q&A, or more of a discussion between him and the students, many of which were apparel merchandising and design majors.

He explained to these students that they would have to have a lot of drive and determination to make it in the fashion industry, pointing out specifically that they should always go by the saying, “shape, proportion and fit.”

“You have to work your ass off all of the time; there is no slacking,” Aaron said. “You grow everyday.”

The discussion then geared toward the reality show Project Runway. Students asked questions ranging from what Heidi Klum was actually like to what his favorite challenge was on the show.

Aaron described his experience as life changing and explained all of the nitty-gritty details.

Aaron had the crowd of aspiring designers laughing hysterically at the way he talked about his cast mates, the filming process and Klum of course. He said it was a seven week process, not including the finale, with no pay but a cast and crew that treated him very well that he had a lot of fun with.

Aaron then talked about how fascinated he was with the students here at Central, especially the young designers involved in THREADS. He had heard from a professor that the students had planned his entire visit, which he thought was fantastic.

He went on to say that he was really impressed by all of the students’ work regarding their designs he had seen throughout his visit.

“Just seeing one piece from everyone helped me identify with them,” Aaron said. “I really want to see the whole line from everybody, you know, I got an idea of who’s who and what they’re doing.”

Students, such as Natalie Araujo, an apparel merchandising and design senior, enjoyed her time listening to Aaron’s stories and words of advice,

“I loved just hearing stuff that we talk about every single day, sewing and patterning techniques like that,” Araujo said. “It’s just nice to hear that there are options for us in the career world, I think it’s cool.”