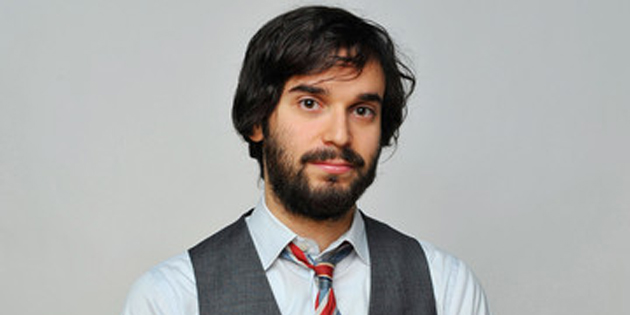 Alex Ross Perry is a New York City-based director that has made only two films. He is the newest face to emerge from the ever-fascinating, yet strangely maligned, “mumblecore” movement. This movement is characterized by dialogue-heavy, cheaply produced works from directors working strictly outside the confines of a big budget production. Most of these directors are younger and are acutely aware of how our generation speaks to and confronts one another. They can be painfully awkward,  hilarious and, most of all, honest.

Alex Ross Perry’s second feature, “The Color Wheel,” is all three. It is the best film of last year and, although hardly anyone saw it, it is a major statement from a new and exciting artist.

Perry co-wrote, directed and starred in the film with his co-writer and friend Carlen Altman. They play  Colin (Perry) and JR (Altman), insufferable siblings that take a road trip together to move JR’s stuff out of her boyfriend’s apartment. Her boyfriend happens to be her college professor, who she was dating in the hopes of furthering her career in news reporting. Along the way, they constantly bicker and encounter a host of characters that often humiliate and belittle them.

The main thing that sets Perry apart from a lot of indie or “mumblecore” directors is he not concerned with realism or naturalistic situations or even being all that hip. His movie is shot in 16mm black and white, and his decision to shoot the film this way is an inspired one. Rather than settling with common indie tropes, Perry’s film resides closer to the old screwball comedies of the 1930s.

Of course, in screwball comedies, there is typically a love story at the center. There is the familiar old plot line of two characters initially hating each other and, by the end, deeply caring about one another. This familiarity is turned on its head by assigning a brother and sister role to the two leads. Colin and JR, by the end of the film, have realized they are accepted by nobody except each other and are forced to confront that reality head-on, in a scene that is as heartbreaking as it is daring and subversive.

Perry has said in interviews that a lot of his inspiration came from working at Kim’s Video in New York, a rental place that specialized in rare films. His apparent knowledge of ’70s and ’80s independent cinema is what makes him so refreshing. His direction has a rough and beguiling quality to it. It is unpolished and wears its low budget like a badge of honor, and while this can often result in flippancy, in this case it only adds to the film’s charm and aesthetic. It is a rare for a film to be as self-aware as this one; it is aware of its limitations and still welcomes them with open arms.

“The Color Wheel” has a weird mainstream appeal that could, potentially, click with a wide audience. It’s funnier than most, if not all, movies that came out last year and could end up with a cult following due to the endless quotable lines that populate the movie’s densely comic and complex script. If Perry continues to make movies as successful as this one, he could go down as some sort of revivalist. This is the kind of cinema movies lovers want and, especially, need right now.

A DVD release for Perry’s film has yet to come out, but it can be bought on iTunes and rented on Amazon. Anyone who is looking for the great film oddity of last year, an antidote to the Oscar season, something that feels invigorating, wholly gratifying, hilarious and tragic in equal measure, should do themselves a favor and watch this incredible little film.