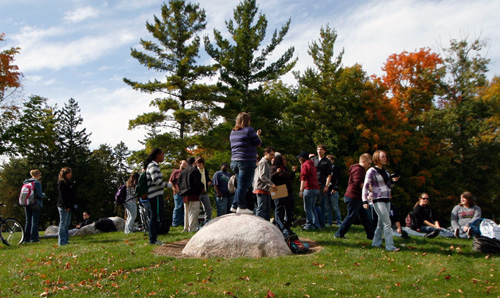 Nearly 100 students gathered outside Charles V. Park library on Monday afternoon to voice their opinions on the recent failed repeal of the U.S. Military’s “Don’t Ask, Don’t Tell” policy, which bans gays from openly serving in all military branches.

There were various speakers whom presented a significant portion of the student body, as
representatives from the College Democrats and the local Gay-Straight Alliance chapter on campus.

As well as veteran protesters and involved students participating, there was also a large group of
younger audience members, such as Detroit freshman Michael Belton and Teoenna Gary whom were
strictly watching out of curiosity.