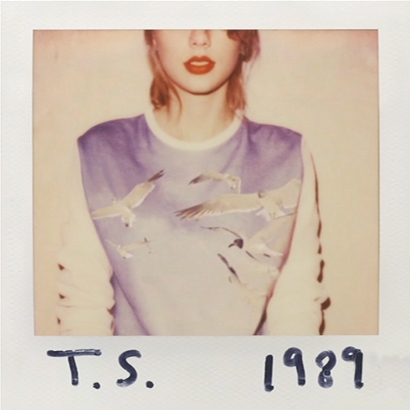 Stop the presses, everyone. Taylor Swift has a new sound.

Swift recently dropped her latest single, “Shake It Off” and the world went mad. Seriously though, what’s wrong with “Shake It Off?” Am I missing something or has the rest of America been sleeping on Swift’s forever-morphing sound?

It’s really not a surprise that Swift has decided to make the full transformation to pop music. She was already 75 percent of the way there.

The former country crooner  always had a hold on her folk-y roots, if shaky. Swift began with her self-titled album, “Taylor Swift” which was released in 2006. The album was full-out down south. Then, Swift began making strides toward pop music within each of her last three albums: “Fearless” (2008), “Speak Now” (2010) and “Red” (2012).

However, the transition from “Speak Now” to”Red” has proved to be the biggest leap thus far. The radio hit,“I Knew You Were Trouble” is a major stray from her country origins. Yet, Swift kept true to her Nashville image with songs like “Treacherous” and “I Almost Do.” If you check the iTunes album description, “Red” is still considered country.

Prepare yourselves folks, Swift is in the middle of transitioning into an all-out pop princess. In fact, her next album, “1989” is going to be her first official pop compilation, so expect that iTunes description to change.

Besides the controversy over Swift’s change of style, additional controversy has risen due to the “Shake It Off” music video. This is another thing I don’t understand. A rampant thought among the general masses is Swift’s “ghetto” image within the video is racially insensitive and stereotypical, but I see it as an expression of style that any ethnic group is free to embrace. On another note, don’t people have better things to worry about than Swift wearing large hoop earrings and a slicked-back ponytail? It’s completely harmless.

I have a monumental idea—let’s just leave Swift alone. I don’t feel bad for anyone who has a net worth of around $64 million, but I do feel slightly exasperated at those who feel the need to constantly berate public figures for little stuff that really doesn’t matter.

Let’s just face it: “Shake It Off” is catchy and when it happens to come on the radio, don’t be ashamed to turn it up.