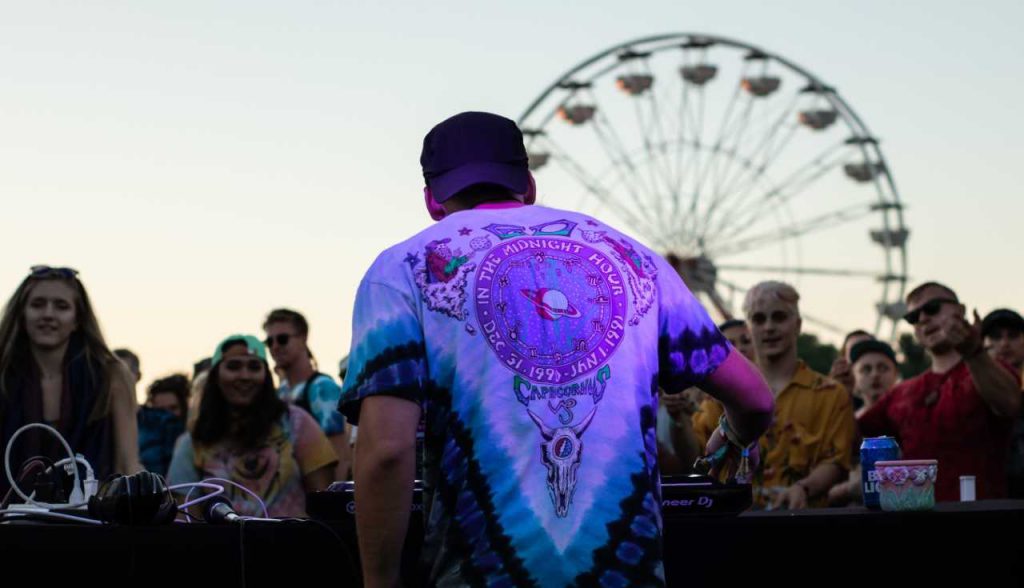 “I just kept thinking ‘What is going on?'” Matt Ednie said, or Ederz as many know him, about his memorable set performing at Electric Forest last summer.

“There were probably ten people hanging out after the first guy who played,” Ederz said. “20 minutes in there were some more, then 30 minutes in I couldn’t even see the back of the crowd.”

Ederz is a 20-year-old who grew up in Macomb, Mich., and an up-and-coming artist from Central Michigan University who has been DJ-ing for about five years.

Ederz started DJ-ing during his junior year of high school, playing at his friends’ house parties. His childhood friend and now roommate Josh DeCook had a soundboard that he would play around on when he was over his house, which lead him to seriously pursue music.

His taste in music is ever-changing, ranging from Bassnectar to Eminem.

“One inspiration that has always been solid for me is Jauz,” Ederz said. “He kind of goes all over the place. He does the house [music], he does the dubstep. I love the energy he brings to his live sets.”

“Way back in the day, in elementary school, I would look up Swedish techno when I got home from school and it was my jam,” Ederz said. “I never realized it was EDM until this huge wave of it took over recently.”

Ederz likes to take risks and try something new when he performs his set. He wants to play things the audience never would of expected to hear at the show.

“A big part of what I try to do in my sets is play a throwback or like a popular hip-hop song, then mix that into an electronic song that [the audience] may not know,” Ederz said. “Once you grab them with something they can relate to, then you can show them something new.”

Ederz spends a lot of time practicing his music and performing at the clubs around Mount Pleasant. His first real gig was during his sophomore year at “Welcome Wonkend,” an event during Welcome Weekend hosted by Wayside where hip-hop and EDM artists perform. He won the opening spot of the event through a Twitter poll where he had 70 percent of the votes.

“From there, I just kept getting more gigs around here,” Ederz said.

Ederz has performed at Wayside and Encore many times throughout the year, and opened for acts like Blunts & Blondes and Madds.

This coming summer will be the fourth year Ederz will attend the Electric Forest festival. His set at the festival last summer stands out the most out of every performance he’s had so far.

“It’s a whole experience,” Ederz said. “It’s more than just the music there.”

Ederz strives to make sure his passion for music shows during his sets and in his everyday life. While a lot of EDM music doesn’t have lyrics, Ederz likes that everyone can still vibe together.

“I’ve been loving it here at CMU,” Ederz said. “I have been getting so much love.”

What’s next for Ederz? He just secured a residency at Encore, The Nightclub in downtown Mount Pleasant and won a spot at Prime Music Festival during the Silent Beats Battle at Wayside.

Ederz will be performing on Saturday, Feb. 9 at Encore, The Nightclub. You can find more information about his shows on his Instagram and Twitter. You can hear some of his music on his SoundCloud.