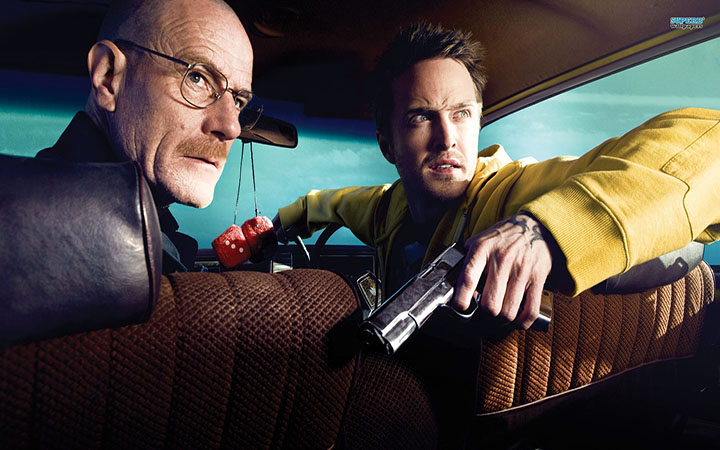 Saying goodbye to a TV show is a strenuous thing. There is a strange anxiety set forth by the realization of no longer being able to tune in every week and delve deeper into the lives of the characters (What am I going to do with my Sundays?!). This leads to another kind of unease when pondering the irrevocable finale episode and the very real possibility of disappointment.

Fans of “Breaking Bad” are probably not very concerned: the final season has arguably been the best of the show’s run. The AMC series — unlike so many other shows before — is not going out with a whimper (it peaked two weeks ago with the series-best episode “Ozymandias”), and this is largely because of how carefully each piece was set into place.

Vince Gilligan revealed very early on that the show will end with Walter White dying, but any other ending at this point would seem like an impossibility anyway. It has been structured so that the inevitable fate of the protagonist is predictable and satisfying.

Walt’s recursive lying has slowly transformed from a few cover-ups into a full-blown web of deceit and destruction and this has all, of course, come back to haunt him in the worst ways possible. It’s all been a highly subversive undertaking to transform a once-likeable protagonist into a villain. But this show goes even further than that by asking the audience to tag along with our anti-hero as he descends into Hell. We have essentially been tuning in every week to see Walt ruin more lives.

“Breaking Bad” is the lashing-out stepchild in the pantheon of great television. It is loud, chaotic, brooding, confrontational in a way that few other shows are and still manages to feel realistic even when its surreal flourishes threaten to unhinge the whole thing. This is a series that has included wheelchair bombings, skinhead villains and domestic abuse alongside tender scenes of honesty and repentance, defying the the notion that a show can’t be realistic if it chooses to operate outside the realm of plausibility. It is at its most unsettling (and irrefutable best) when it forgoes the explosions and settles down into the human drama that has been its main concern from the beginning.

And as accomplished as this show ultimately is on a narrative level, it takes on an even larger feat of having compelling film-making to aid in the drama. “Breaking Bad” has carved out a visual style that is wholly its own, complete with plentiful POV-shots and highly expressive cinematography. When re-capping the weekly episodes, it is impossible to ignore all of the striking formal qualities.

The Rian Johnson-directed episodes, especially, wear the auteur-stamp proudly.”Fly” for instance, is a full episode of Walt and Jesse trying to rid their lab of a fly that also works as a metaphor in mirroring the pair’s contaminated relationship. Johnson fills the episode — which could have potentially been filler — with a gripping philosophical purpose.

Perhaps, the real joy in following the series, though, may be the discovery of just how tightly wound all of this has been. Every scene, every confrontation and every character action has been a dire part of this story and it is fascinating to watch everything come back around. Gilligan has remained struck by the way the universe ticks, and he often has his characters wonder aloud, in fleeting moments of self-reflexivity, about how this could have possibly happened to them. The world works in all-too-mysterious ways and no show on network television puts as much faith into that common sentiment.

All wonderful things must eventually come to an end, but it certainly feels like the ideal time. “Breaking Bad” has nary a misstep under its belt and has been consistently innovative and astounding from week to week. As much as it will be missed, it is so much more gratifying to dip out while you’re still ahead.