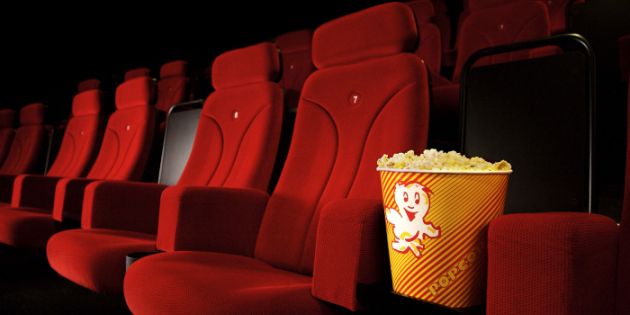 The Film Society will be hosting an International Film Festival that will span two weekends and feature a variety of genres available for students to attend.

The registered student organization will hold the event from Feb. 8-10 and again from Feb. 14-19. It will show commercial successes, indie sleepers and documentaries representing a variety of languages, cultures and nationalities. Celebration! Cinema and Park Library Auditorium will serve as venues for the showings of titles including French smash hit “The Artist” and star-studded “Moonrise Kingdom.”

Film Society Promotions Manager and Lake City sophomore Deanna Johnson spoke with Grand Central Magazine to elaborate on the annual event and the opportunities it can provide for the community.

How did you get involved with Film Society?

Film Society is a BCA (Broadcasting and Cinematic Arts) co-circular, but is open to anyone who is interested. Pretty much, we put together the film festival, but we watch independent films and have opportunities to see movies that haven’t come out yet.

What are some of your responsibilities as promotions manager?

My responsibilities as promotions manager include the Film Society and the festival. So, I am responsible all of the posters being made, some of the scheduling, handing out fliers, getting word out with newspapers and radio stations.

Why a film festival?

It’s a way to let everyone to know what you love about movies. I think Central Film Festival is really interesting because we have a wide variety of films, but film festivals are great to get the community involved too.

Is this the first film festival Central Michigan University has hosted?

This is actually the twelfth film festival Central has had. It has not been the best promoted in the past, so a lot of people don’t know about it.  The thing is this is possibly the last film festival. We are really trying hard to push the numbers up, or it really might be the last.

Were there other groups that helped make the festival possible?

What other countries’ films are going to be shown?

We actually have a film that was either produced or shot in every continent including Antarctica. It is really interesting. We have to jump through a lot of hoops to get these films.

Where do you get the films from?

Our facility adviser is in charge of that, but we go through a company in New York and buy the rights for the films. So, we are paying a lot of money for this but it’s worth it.

What types of films are being shown?

This year we have a wide variety of films. We have some bigger names, but some really small ones as well. We have “Perks of Being a Wallflower” and “The Artist.” Also we have a film from Michigan, called “Purple.” It’s about a gang in the Clare area in the ‘20s.

Why did you decide to have a mixture of American and Foreign Films?

There is not much diversity around here. We like to put in new ideas that normally wouldn’t be seen in the Mount Pleasant area. Therefore, we make an international festival.

How would you say foreign movies are different than American movies?

In America, movies are more like a business than in other parts of the world. In many places around the world films can act like more of a political statement, start a movement or an attitude about a culture. We do that in America too, but here film is more used as entertainment.

Where can people go to get tickets?

Tickets are being sold in Celebration! Cinema and Park Library.

Are you personally excited to see a particular movie?

I am really excited to see “Moonrise Kingdom.” It is an American movie that got a bit of hype, but I didn’t have a chance to go see it. So, I’m excited to see it now.

Why should people go to the festival?

People should go because you can’t see a lot of these movies anywhere else. Also, “Perks of Being a Wallflower” and “Moonrise Kingdom” are bringing movies back to Mount Pleasant you might have missed or can see again.

Is it true the associate producer of “Get A Job” (Raymond Rolak) is coming to the screening?

Yes! We are actually going to do a Q&A after the film so anyone who is interested can come. It is not a huge producer or a big-budget movie, but anyone interested in how a movie is made should come.

For more information and a complete list of showings, check out the Central Michigan International Film Festival website.