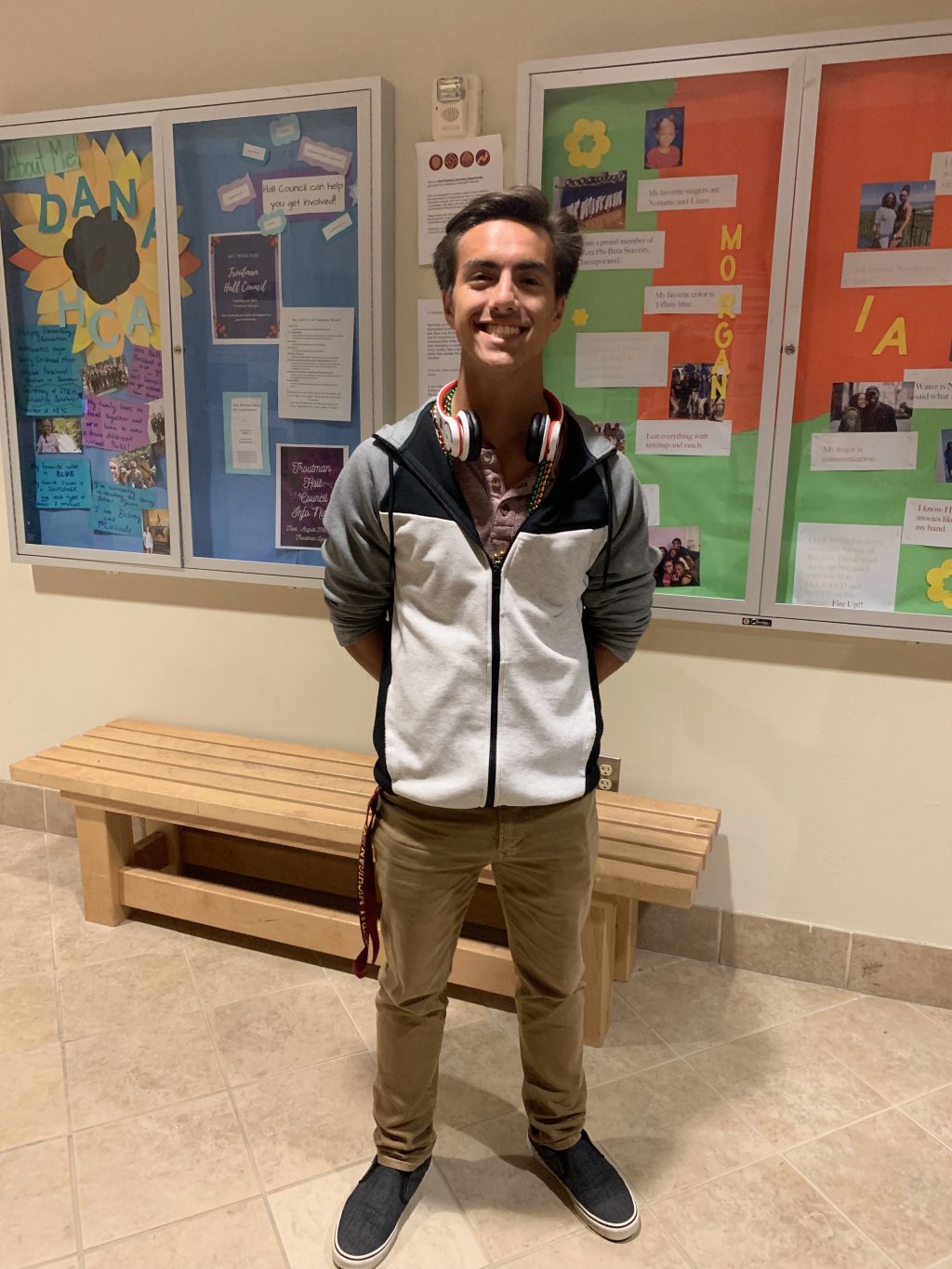 The beginning of the semester can affect every student differently and moving into college for the first time can be very stressful.

We interviewed four freshmen about how their semester has been going so far.

Jahdiel Wingard from Saginaw is living in Troutman Hall in the Towers.

“I’m getting involved and things are going well,” Wingard said.

“The (resident assistant) and (inclusion assistant) are both cool,” Wingard said. “I’ve heard some people saying they have problems with them or the dorm, but I don’t.”

Wingard is an English major, but is enjoying his Religion 101 class the most because it is showing him more about the world.

Aubrey Thomas is from Detroit and chose Central Michigan because most of her family attended the university.

Thomas is studying Political Science with a minor in Public Administration and is enjoying her Public Admin. class the most.

She has been enjoying the dorm life in Troutman Hall. She said her whole floor is nice and is looking forward to making friends.

Zach Matsumiya from Chesaning is staying involved in his freshman year. He is a member of the marching band which has kept him busy he said.

He is a computer science major, but is enjoying his English 144 Monsters and Their Meanings class the most.

“I feel like I see somebody I know every five minutes,” Matsumiya said. He added that he hasn’t had any troubles finding friends and is excited for his future at CMU.

Elizabeth Robinson from Worcester, Mass. is a long way from home, but that hasn’t hindered her experience.

She said she found CMU on YouTube and fell in love with the school. She chose to travel away from home to attend school.

Her roommate has made the transition easier for her as they have became good friends.

She is undecided on her major, but is thinking broadcast and cinematic arts.